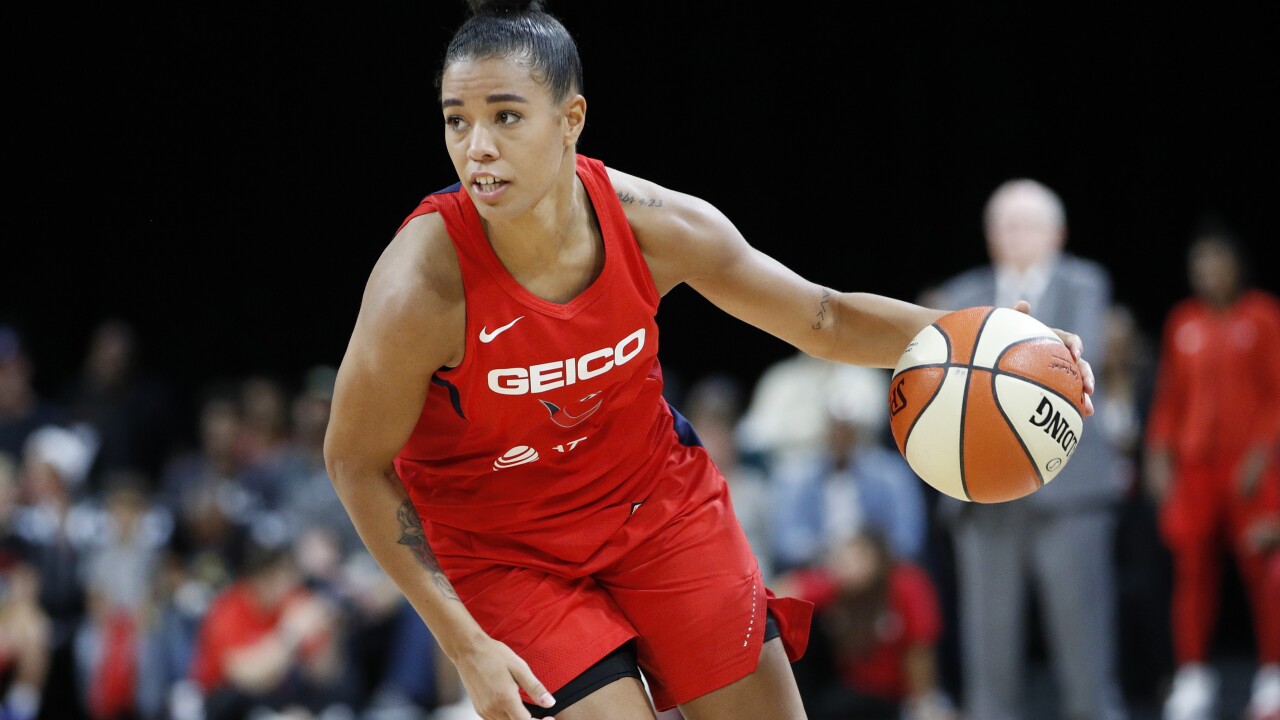 Copyright 2019 The Associated Press. All rights reserved.
John Locher/AP
FILE - In this Sept. 24, 2019 file photo, Washington Mystics' Natasha Cloud drives up the court against the Las Vegas Aces during the second half of Game 4 of a WNBA playoff basketball in Las Vegas. Cloud and her WNBA colleagues continue to be active in the fight against social injustice and police brutality, participating in protests and continuing work that they began four years ago. (AP Photo/John Locher, File)

A few weeks after announcing a big deal with Converse shoes, WNBA star Natasha Cloud said she would be opting out of this season to “fight on the front lines for social reform”. Converse is saying they support Cloud, she is still part of their “team”, and they will pay her salary.

Several athletes are deciding to hit pause on sports in the midst of the racial unrest in the country. Cloud’s Washington Mystics teammate LaToya Sanders also opted out of the 2020 WNBA season, saying it “is what’s best for my health and family.”

In stepping away, Cloud and other athletes forfeit their salaries from the league. Converse said in a statement they respect Cloud’s decision. “These systemic racial justice issues are bigger than basketball.”

We are proud to have her on the Converse team, are humbled to match her forfeited players salary and look forward to working together with Natasha on these issues as well as supporting her vision in this space.

In early June, Cloud’s announced deal with Converse made her the first female basketball player to sign with the shoe brand. Converse was acquired by Nike in 2003.

“The biggest thing is for me to use my platform as a microphone. That’s the goal, be a voice for the voiceless.” - @T_Cloud4.

We are both proud and humbled to welcome WNBA champion @T_Cloud4 to the family. pic.twitter.com/0NTqqWCJUi

Her player salary was set to be $117,000, according to reports. Converse will not confirm the details of their contract with Cloud or the exact amount they are covering for her salary, only that they will be covering her salary for the upcoming season.

Cloud is a strong player on the court, and a strong voice off the court, focusing on social justice issues. At the end of May, she wrote an editorial for ThePlayersTribune.com following the widespread demonstrations in the wake of George Floyd’s death.

In her piece, “Your silence is a knee on my neck”, Cloud encourages people and her fellow athletes to get involved to fight against racism.