PANEL DISCUSSION: Understanding White Privilege and What it Means to be Anti-Racist
Sports 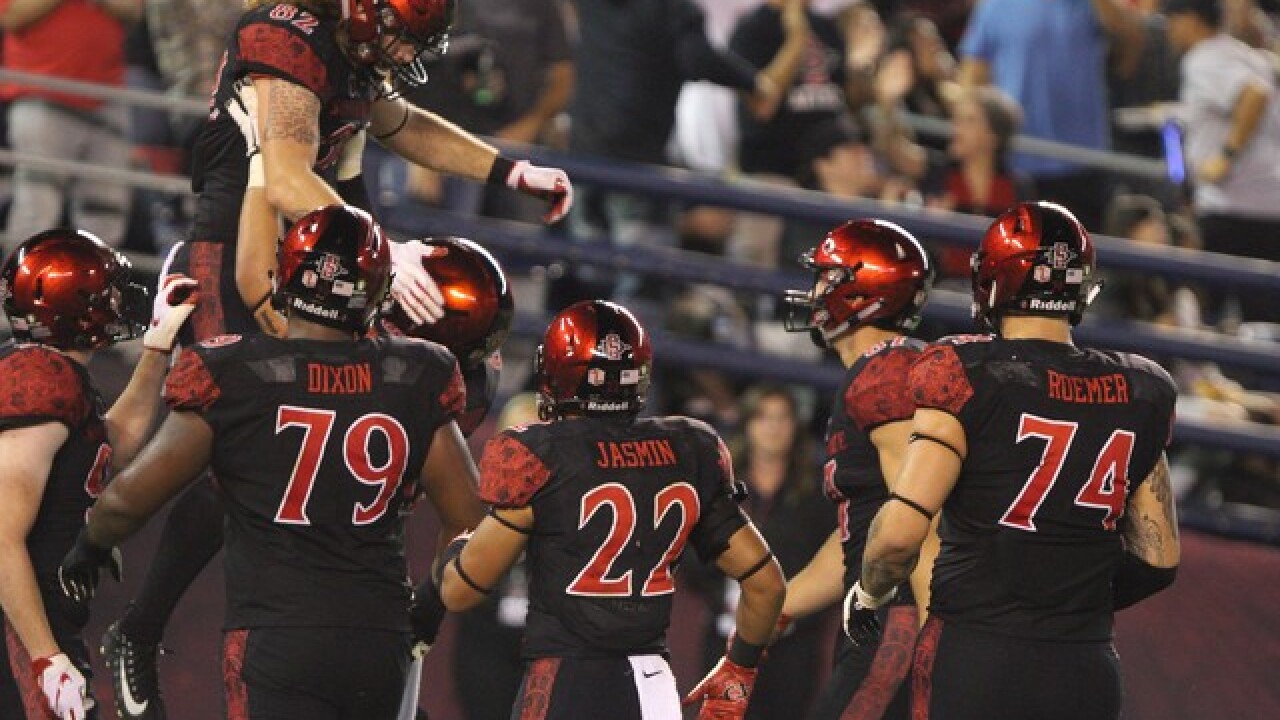 The Daily Aztec
Kareem Jones
<p>Junior tight end Parker Houston is lifted up in the end zone by his teammates after catching a second quarter touchdown during the Aztecs 23-20 victory over Eastern Michigan on Sept. 22 at SDCCU Stadium.</p>

SAN DIEGO  (Daily Aztec) - John Baron II walked off the field after missing a 36-yard field goal, one which could’ve given San Diego State football a second half lead against Eastern Michigan University.

The senior kicker got a chance to redeem himself not once, but twice, kicking a 51-yard field goal with 1:16 left to tie the game in regulation before kicking a game-winning 38 yarder in overtime.

The kick ended a tug-of-war game and gave SDSU a 23-20 victory over Eastern Michigan on Saturday night at SDCCU Stadium.

Baron said missing kicks are a part of football, but was glad to get a chance to make up for his mistake.

“You’ve got to forget about it. That’s part of the job. You’ve just got to move on,” he said. “You feel like you hurt the team, but it always feels good when you get another chance and get to go out there and redeem yourself.”

The Aztecs (3-1) overcame 17 unanswered points by the Eagles, and were shut out for the entire second half before tying the game at 20 following Baron’s field goal with 1:16 left in the fourth quarter.

“It means a lot,” Hall said about his interception. “I was just going out there trying to make a play and just win the game for us.”