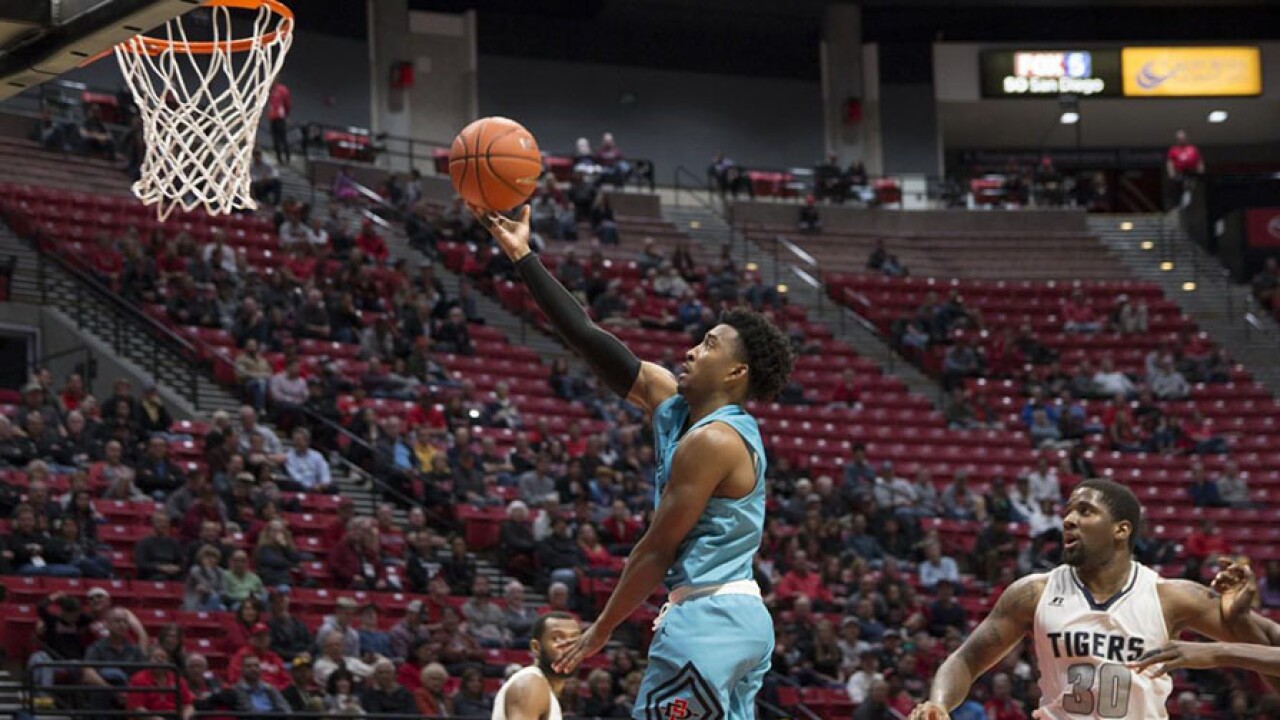 SDSU (4-2), just six days removed from competing in the Maui Invitational in Maui, Hawaii, scored the first 11 points and never trailed in a wire-to-wire victory over the Tigers.

In Maui, SDSU came away victorious against defending Big East champion Xavier, but struggled in losses to Duke and Iowa State, falling by deficits of 30 and 26 points, respectively.

Head coach Brian Dutcher said the game was a chance for the Aztecs to show what they were made of, following tough defeats.

The battled-tested Aztecs showed no ill effects against the Tigers, looking resurgent while jumping out to a nearly 30-point halftime lead.

Jackson State (1-6), meanwhile, looked like a team that could end up being bottom-dwellers in the Southwestern Athletic Conference, finishing the game with more turnovers (23) than made field goals (15).