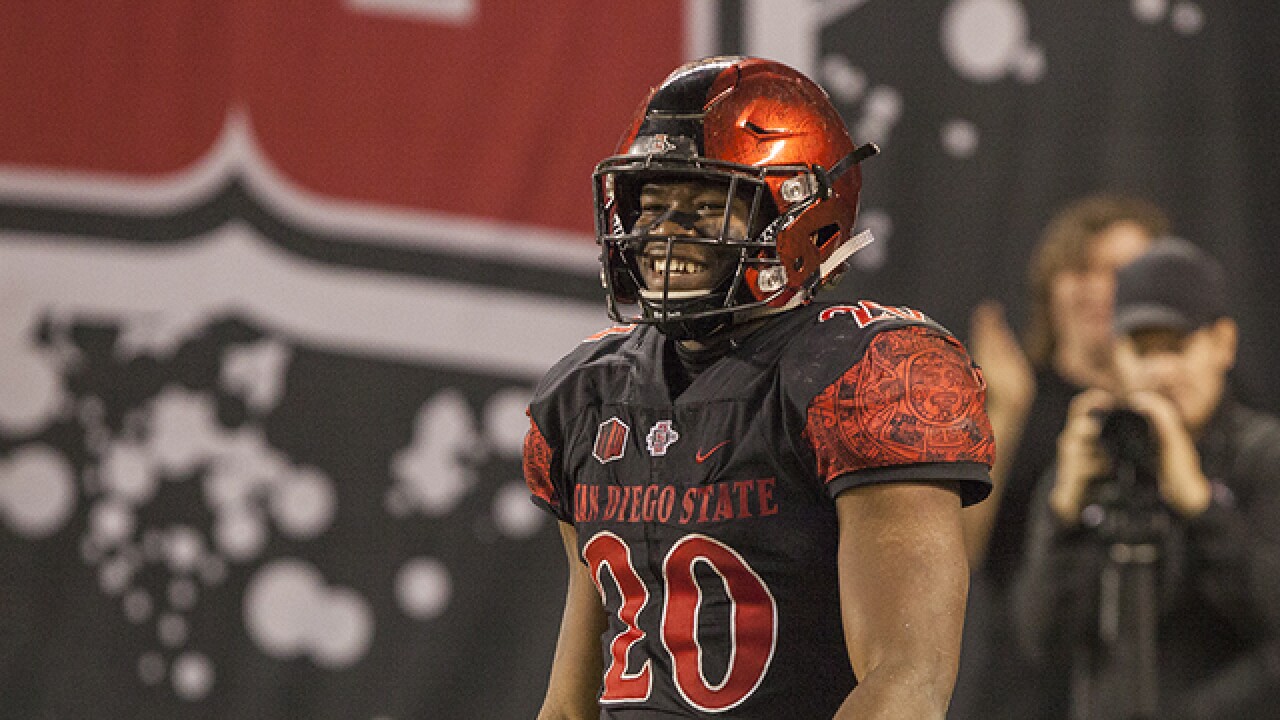 The Daily Aztec
Kelly Smiley
<p>Rashaad Penny is all smiles during Aztecs 42-23 victory over Nevada on Nov. 18 at SDCCU Stadium.</p>

San Diego State football senior running back Rashaad Penny was not chosen on Monday as one of three finalists for the Doak Walker Award, which honors the best running back in college football.

SDSU head coach Rocky Long did not mince words when asked what he thought about the apparent snub of his star player.

“I think it’s ridiculous,” Long said. “I’m really disappointed for our team and for Rashaad, but it’s not surprising, it just gets worse every year.”

Although Penny leads the country in rushing yardage with 1,824, he was left out of consideration for the award in favor of players from Power Five conference schools (SDSU plays in the Mountain West Conference as part of what is known as the Group of Five), with the three finalists announced as Penn State University junior Saquon Barkley, Stanford University senior Bryce Love, and University of Wisconsin freshman Jonathon Taylor.