Aztecs prepare for rematch against Stanford 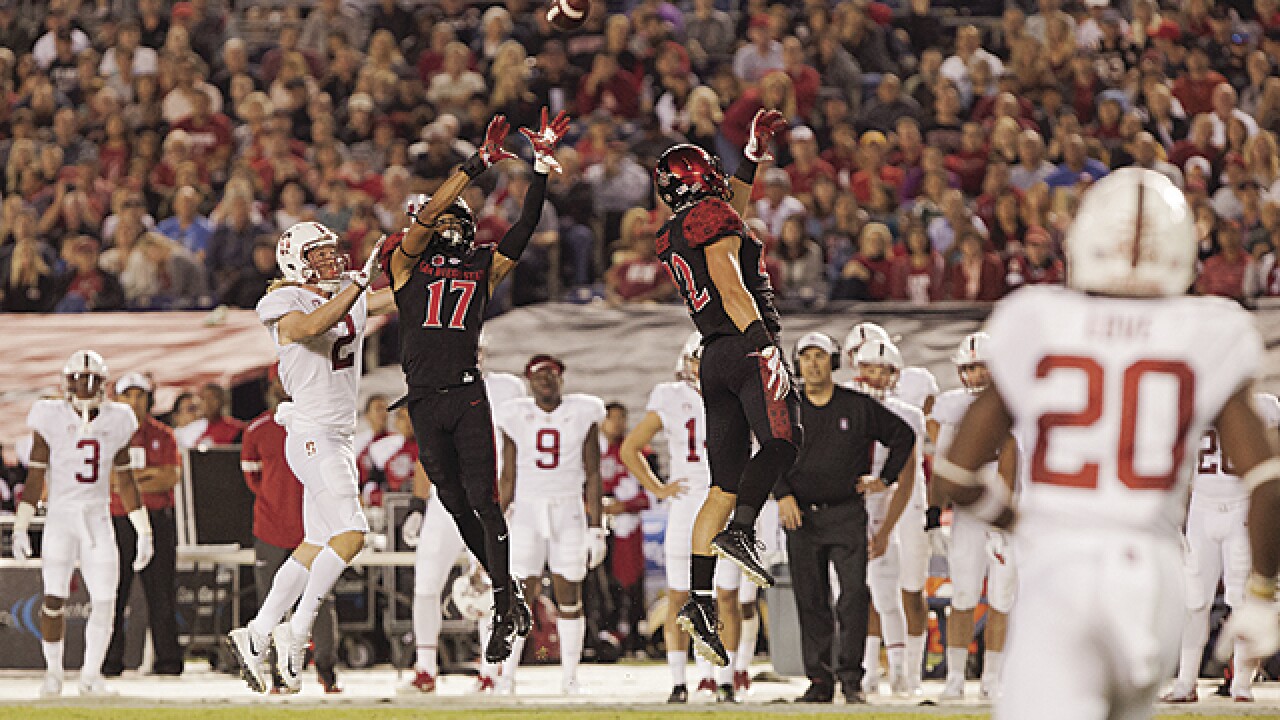 The last time San Diego State football played Stanford University, SDSU fans stormed the field at SDCCU Stadium after an upset victory in the third game of the 2017 season.

The on-field-frenzy followed a 22-minute delay for a stadium power outage, a late SDSU defensive stop and an eight-yard pass from then-junior quarterback Christian Chapman to senior tight end David Wells for the game-winning touchdown with 54 seconds left to play.

An unranked Aztec squad had toppled the No. 19 seed in the country, a Pac-12 Conference opponent and a team which a Group of Five conference school was not supposed to be able to compete with.

It will have been exactly 348 days since that last showdown when SDSU strides into Stanford Stadium on Aug. 31 looking to repeat history, to once again topple Goliath. This time in enemy territory.

“Every time I go to sleep I just think about big crowds and big stadiums, because I know Stanford is going to be a real big crowd,” junior linebacker Kyahva Tezino said, following a scrimmage at SDCCU Stadium on Aug. 18.

Last season’s victory launched the Aztecs into the national conversation, earning them a No. 22 ranking in the Associated Press Top 25 poll as the team continued towards an unblemished start at 6-0.

Some faces have changed this year, but the storyline remains the same, with the Aztecs entering the season outside of the AP poll, while Stanford sits at No. 13.