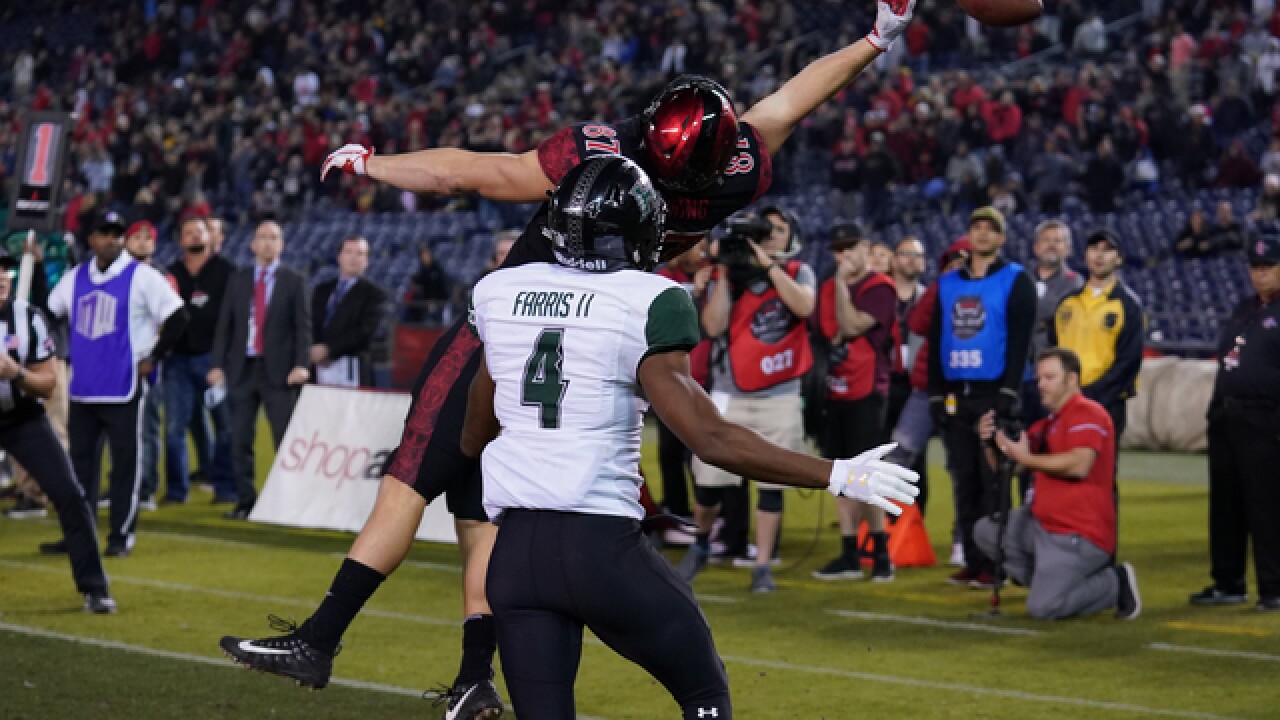 The Daily Aztec
Raymond Gorospe
<p>Junior wide receiver Kahale Warring is unable to catch a potential two-point conversion in overtime of the Aztecs 31-30 loss to Hawaii on Nov. 24 at SDCCU Stadium.</p>

That is the saying San Diego State football took to heart on Saturday night, during the final game of the regular season at SDCCU Stadium.

SDSU was locked in an overtime battle with University of Hawaii, and after trading touchdowns with the Rainbow Warriors, decided to go for a two-point conversion to end the game.

The Aztecs had two opportunities, after an offsetting penalty erased the team’s initial miss, but an overthrow by quarterback Ryan Agnew on a fade to junior tight end Kahale Warring ended the game, and possibly the season, for SDSU.

Guts, but no glory.

The end result was a 31-30 loss, which marked the third straight for the suddenly win-starved Aztecs, who, with the Mountain West Conference title game out of the picture, must now wait to find out if they will be invited to a bowl game.

With more bowl eligible teams than spots available, there are no guarantees SDSU (7-5, 4-4 MW) will make the cut.

“I think we could get left out,” head coach Rocky Long said. “I’ve been there before.”