Aztecs head to Maui Invitational, matchup against No. 1 Duke upcoming 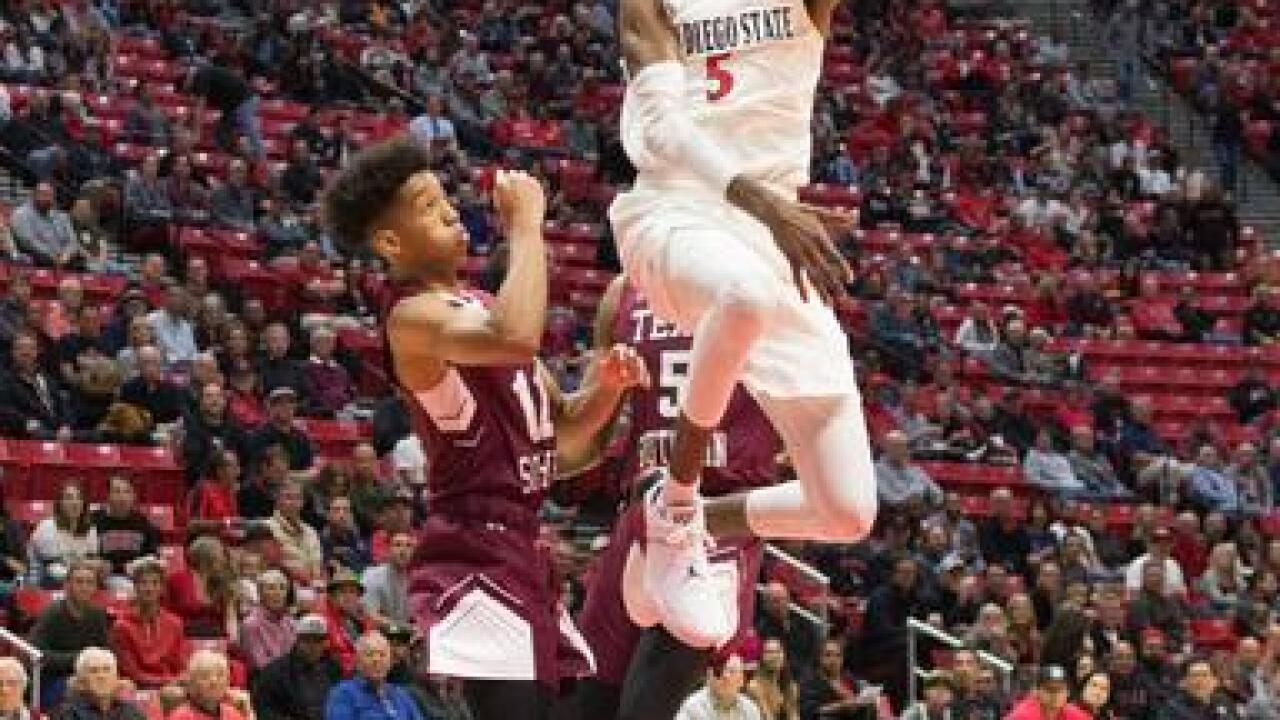 The Daily Aztec
Raymond Gorospe
<p>Redshirt sophomore forward Jalen McDaniels goes up for the layup against Texas Southern on Nov. 14 at Viejas Arena.</p>

The invitational is a three-day, eight-team tournament from Nov. 19-21 that will feature six other programs: Arizona, Gonzaga, Xavier, Auburn, Illinois and Iowa State.

Aztecs head coach Brian Dutcher said matchups against a storied program like Duke are why players choose to go to SDSU.

Freshman forward Zion Williamson has quickly become a household name in his first three college games for the Blue Devils, dominating with high-flying dunks and easy baskets while averaging a team-leading 10 rebounds and 25 points per game on 82 percent shooting.

Dutcher said he already has planned who will be guarding the 6-foot-7, 285-pound freshman phenom.

“I have (sophomore forward) Matt Mitchell at about 230/245, we’ll be giving up some weight, but we’ll be close,” Dutcher said.

Duke (3-0) has won its first three games by an average of 31 points, notably defeating then-No. 2 Kentucky by 34 points to begin the season.