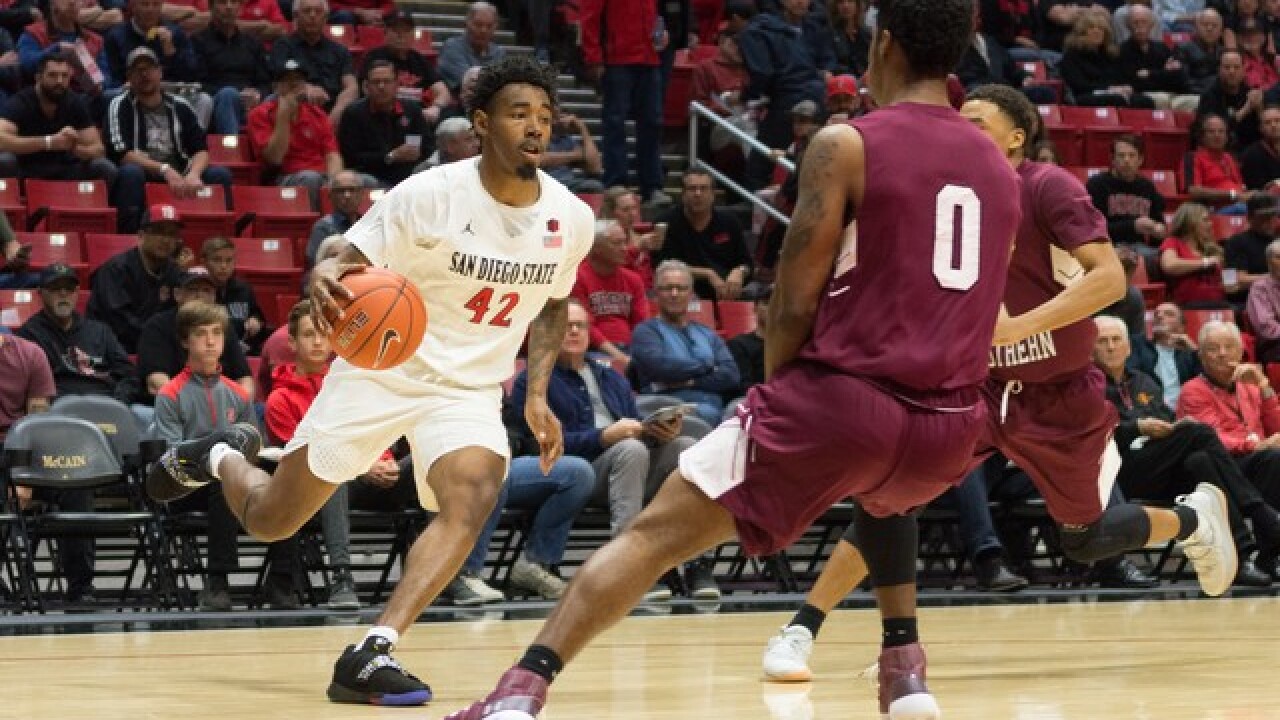 The Daily Aztec
Raymond Gorospe
<p> </p><p>Jeremy Hemsley controls the ball during the Aztecs 103-64 victory over Texas Southern on Nov. 14 at Viejas Arena.</p>

SDSU, fresh off a 26-point loss to No. 1 Duke University on Monday, trailed the Musketeers by 19 points in the teams Maui Invitational consolation bracket game in Maui, Hawaii on Tuesday morning.

The game appeared to be unraveling for the Aztecs after a travel violation by sophomore forward Jalen McDaniels was followed by a three-pointer from graduate guard Kyle Castlin, giving Xavier a 32-13 lead with 9:21 to go before the break.

As a second straight Hawaiian island blowout stared the Aztecs in the face, the team finally clicked, and proceeded to go on a 27-8 run for the rest of the half, cutting its deficit to 40-37.

The finish for the Aztecs (3-1), as they say on the big island, was not oluolu.