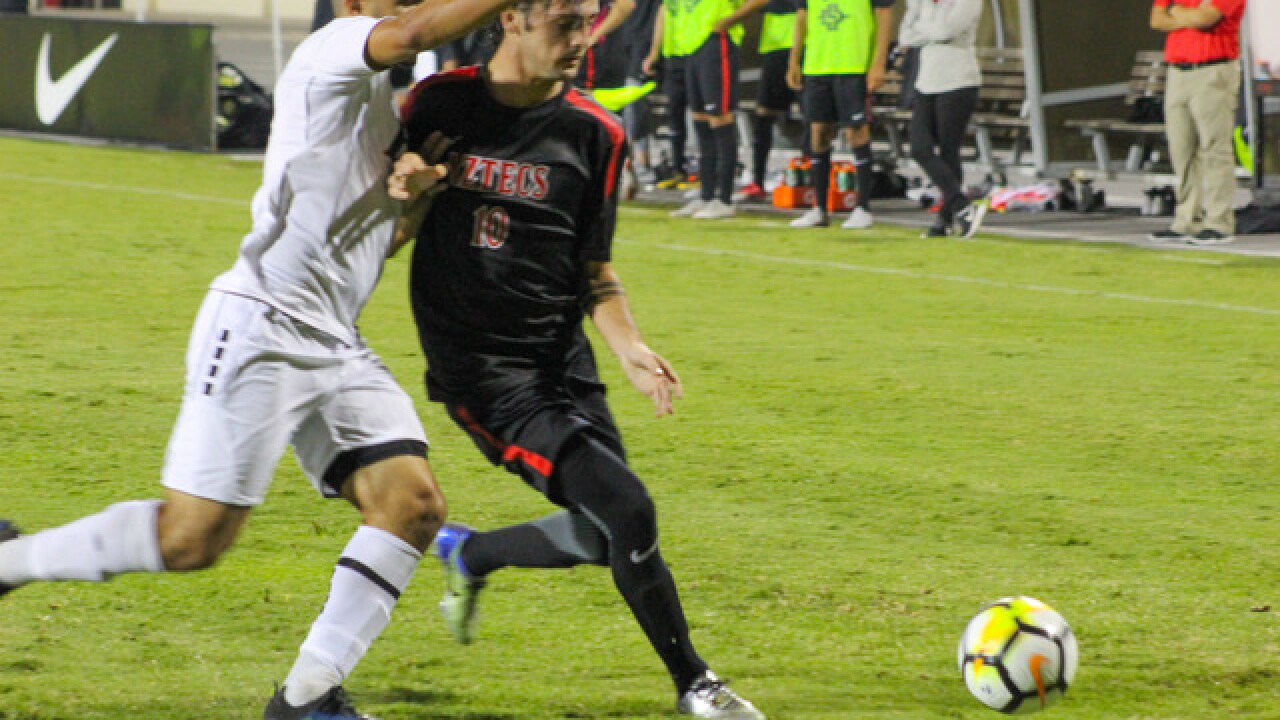 The Daily Aztec
Abraham Jewett
<p>Redshirt sophomore midfielder Keegan Kelly attempts to maintain possession of the ball during the Aztecs 2-1 victory over LIU Brooklyn on Sept. 7 at the SDSU Sports Deck.</p>

The victory was the first of the season for SDSU (1-2-1), and came in its second home game of the year.

Head coach Lev Kirshner said the victory was one the Aztecs had been waiting for.

“It’s definitely something we’ve been searching for, and it’s taken too long,” Kirshner said.

Despite only three shots on target combined between the team’s in the first half, both scored before the 45-minute recess.

LIU Brooklyn (1-3-1) was able to score after a mistake by senior defender Alex Burkes gave the Blackbirds a penalty kick in the 44th minute.

LIU Brooklyn senior midfielder Rasmus Hansen sunk the try to give his team a 1-0 lead.

Just 46 seconds later, however, junior forward Robby Jacobs, who came on as a substitute, equalized to level the score for the Aztecs.

Jacobs said that he took advantage of a mistake by the Blackbirds goaltender, sophomore Anthony Sciola.

“The keeper came out and I took a touch,” Jacobs said. “I saw that the goal was open and I just saw a chip was there to be taken.”