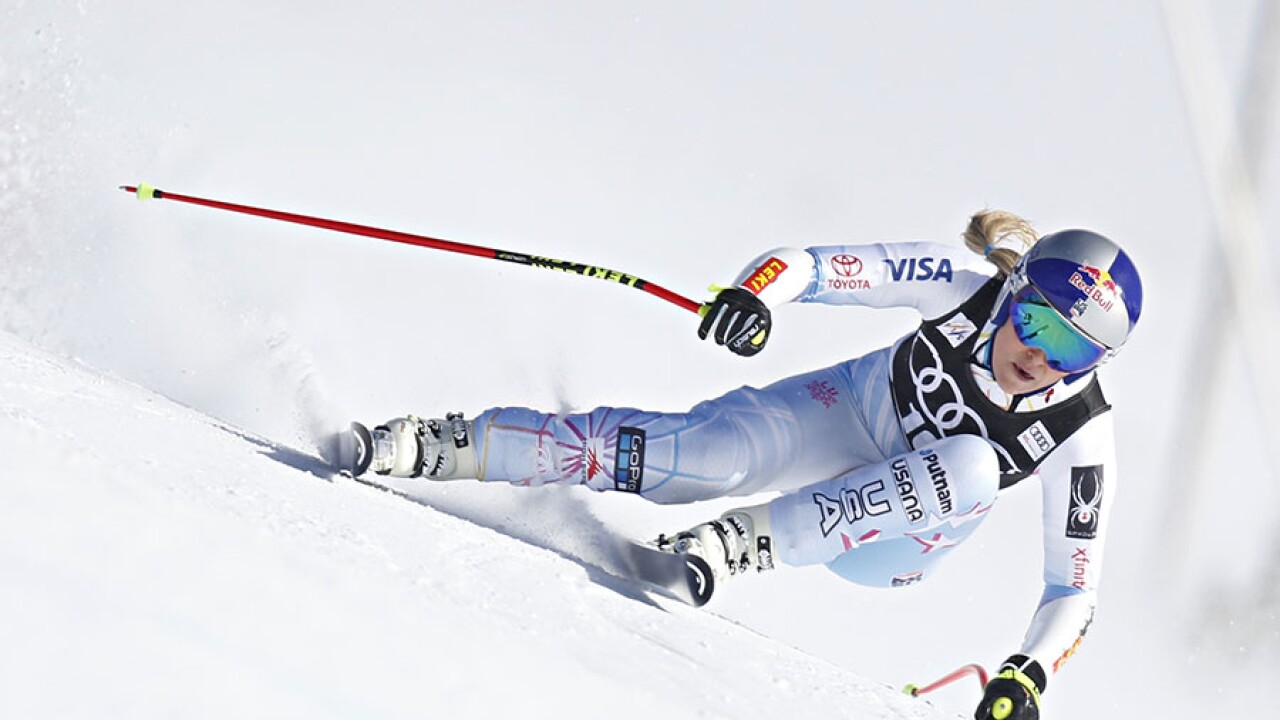 (AP) - Lindsey Vonn says she injured her knee in a training crash and will miss the upcoming World Cup speed races in Lake Louise, Alberta.

The three-time Olympic medalist didn't specify which knee she hurt in a super-G wipeout on Monday, but she said on her social media accounts she won't need surgery. She added: "Don't worry though, I am down but I am NOT out!!"

Yesterday I crashed training Super-G and hurt my knee. The good news; I do NOT need surgery. The bad news; I won’t be able to race in Lake Louise. LL has always been my favorite stop on the WC and I am devastated to not be coming this year.I am down but I am NOT out! #nevergiveup

The 34-year-old Vonn plans to retire after the season. She has 82 World Cup victories, leaving her five away from breaking the record held by Ingemar Stenmark of Sweden.

Vonn has 18 wins at Lake Louise, which will host two downhill races and a super-G starting Nov. 30.

She was kept out of the 2014 Sochi Games by a right knee that needed reconstructive surgeries.