Lonzo Ball's brother, two others arrested in China on suspicion of shoplifting 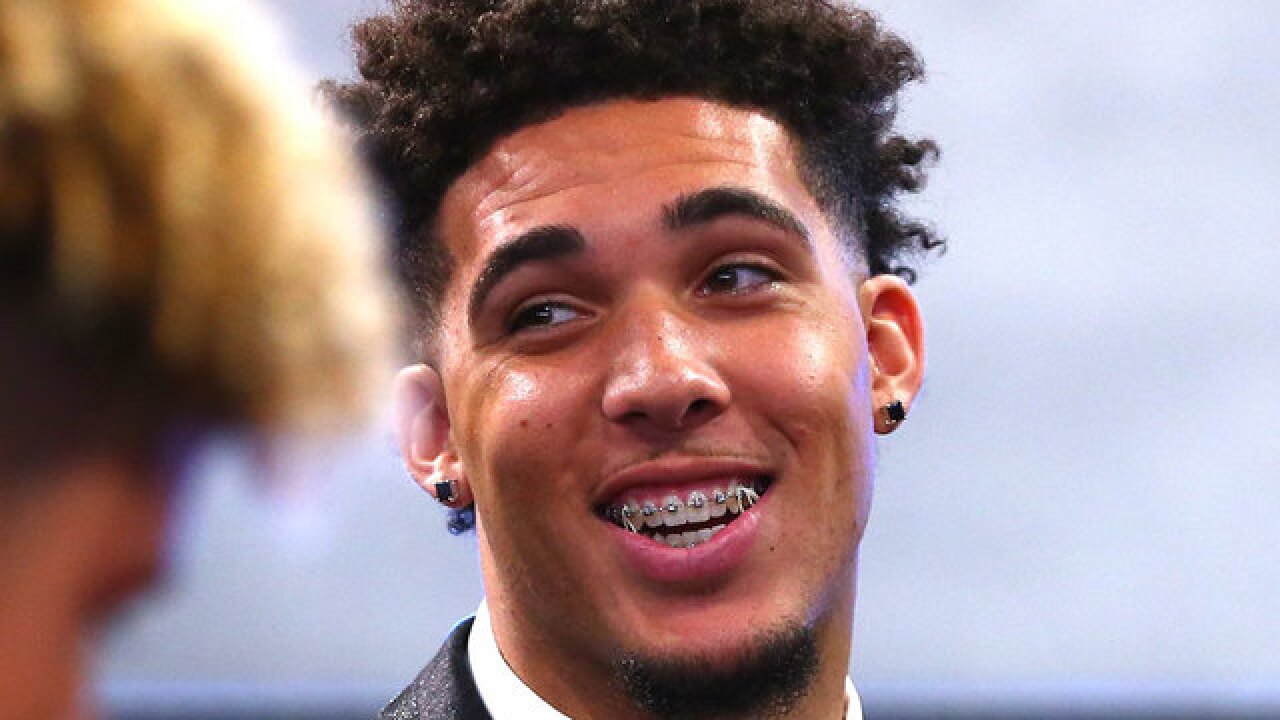 LOS ANGELES (CNS) - Three freshmen on the UCLA men's basketball team who were arrested in China on suspicion of shoplifting, stealing sunglasses from a luxury store, were released from custody Wednesday but ordered to remain in their hotel in Hangzhou while their teammates travelled to Shanghai, according to reports from China.

The players, including LiAngelo Ball, younger brother of former Bruin and current Los Angeles Laker Lonzo Ball, were released on bail early Wednesday in Hangzhou after being arrested on suspicion of shoplifting at a Louis Vuitton store next to the team's hotel, ESPN reported. They're suspected of having taken expensive sunglasses, according to news reports from Hangzhou.

The three players -- Ball and freshmen Cody Riley and Jalen Hill -- were questioned about stealing from the store, located next to the hotel where the Bruins had been staying before leaving for Shanghai Wednesday.

"The players were treated with the utmost respect, kindness and professionalism at all times by the Hangzhou police," a source told ESPN. "The players questioned were respectful at all times. None of this was confrontational."

The players were released about 4 a.m.

Police arrived early Tuesday morning at the Hyatt Regency in Hangzhou, where both UCLA and Georgia Tech were staying ahead of their Friday matchup in Shanghai, and questioned three players from each team, according to ESPN. Team representatives and interpreters were with the players during that time, a source told ESPN.

The Atlanta Journal Constitution reported that Chinese authorities cleared the Georgia Tech players of any wrongdoing.

Ball, Riley and Hill are being required by Hangzhou police to remain at their hotel until the legal process is over, a source told ESPN.

"I would say they could be in quite a bit of trouble if they (Chinese authorities) have solid proof that they shoplifted," Amnesty International's William Nee, an expert on China's legal systen, told Yahoo Sports.

"However, part of it will depend on whether their lawyers, the university, or the U.S. consulate can advocate and negotiate on their behalf."

UCLA officials said the university is cooperating with law enforcement officials in China.

"We are aware of a situation involving UCLA student-athletes in Hangzhou, China," according to a statement from UCLA Athletics. "The university is cooperating fully with local authorities on this matter, and we have no further comment at this time."

Pac-12 Commissioner Larry Scott expressed his dismay over the situation.

"We are very disappointed by any situation that detracts from the positive student-athlete educational and cultural experience that this week is about," Pac-12 Commissioner Larry Scott said. "Whether in the United States or abroad, we expect our student-athletes to uphold the highest standards."

After initially telling ESPN "I'm going to wait until I get more intel on what's going on," Ball's father LaVar said Tuesday, "He'll be fine. Everyone's making it a big deal. It ain't that big a deal."

LaVar Ball; his wife, Tina; and son LaMelo Ball were having breakfast with the UCLA team in Shanghai on Wednesday morning, according to ESPN. LaVar Ball was expected to address the media from his hotel suite in Shanghai, but he said he was advised by legal counsel not to speak "due to the legal nature of the matter.'

LaVar Ball later released a statement about LiAngelo's shoplifting allegations, according to ESPN.

"It is a very unfortunate situation that the Ball family and UCLA has to deal with at this particular time. We will comment shortly," he said.

President Donald Trump, meanwhile, arrived in China Wednesday. There were no immediate indications that the three players' arrests would have a bearing on the presidential visit.