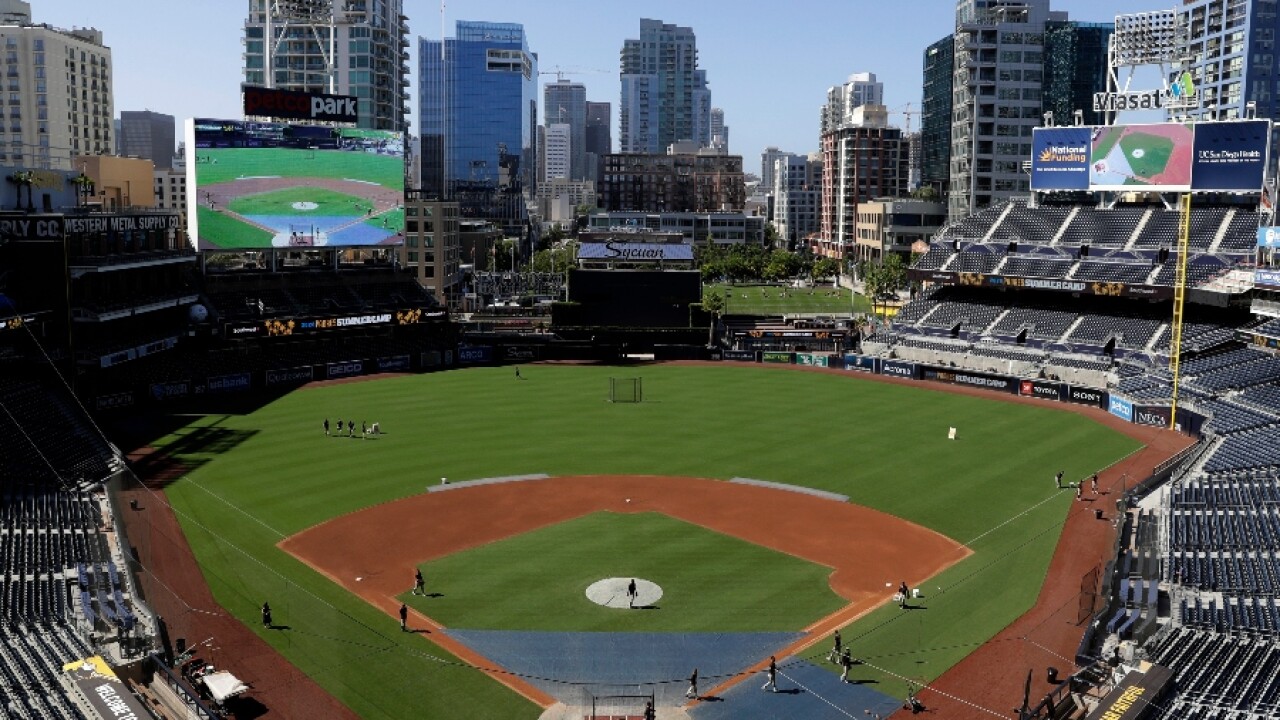 The playoff tournament schedule was formulated in response to the coronavirus pandemic, with an eye toward the "bubble" concept employed by the NBA and NHL aimed at ensuring limited outside interaction with players.

Under the schedule, the San Diego Padres’ home ballpark will host a best-of-five American League Division Series starting Oct. 6. The other ALDS series will be played at Dodger Stadium in Los Angeles beginning Oct. 5.

Both series will be played on five consecutive days.

The winners of the two ALDS series will advance to the best-of-seven American League Championship Series, which will be played in San Diego beginning Oct. 11, also with no days off between games.

The best-of-seven World Series will be played in Arlington, beginning Oct. 20, with two off days built into the schedule.

The initial round of the MLB playoffs, the best-of-three Wild Card Series, will be played in the home stadium of the higher-seeded team.

MLB games are being played without fans in attendance due to the coronavirus, but according to The Athletic, league Commissioner Rob Manfred said during an online event Tuesday that he hopes to see some limited attendance at the league's two Championship Series and the World Series. Such attendance would involve social distancing and other protection measures, "in terms of temperature checks and the like," he said.