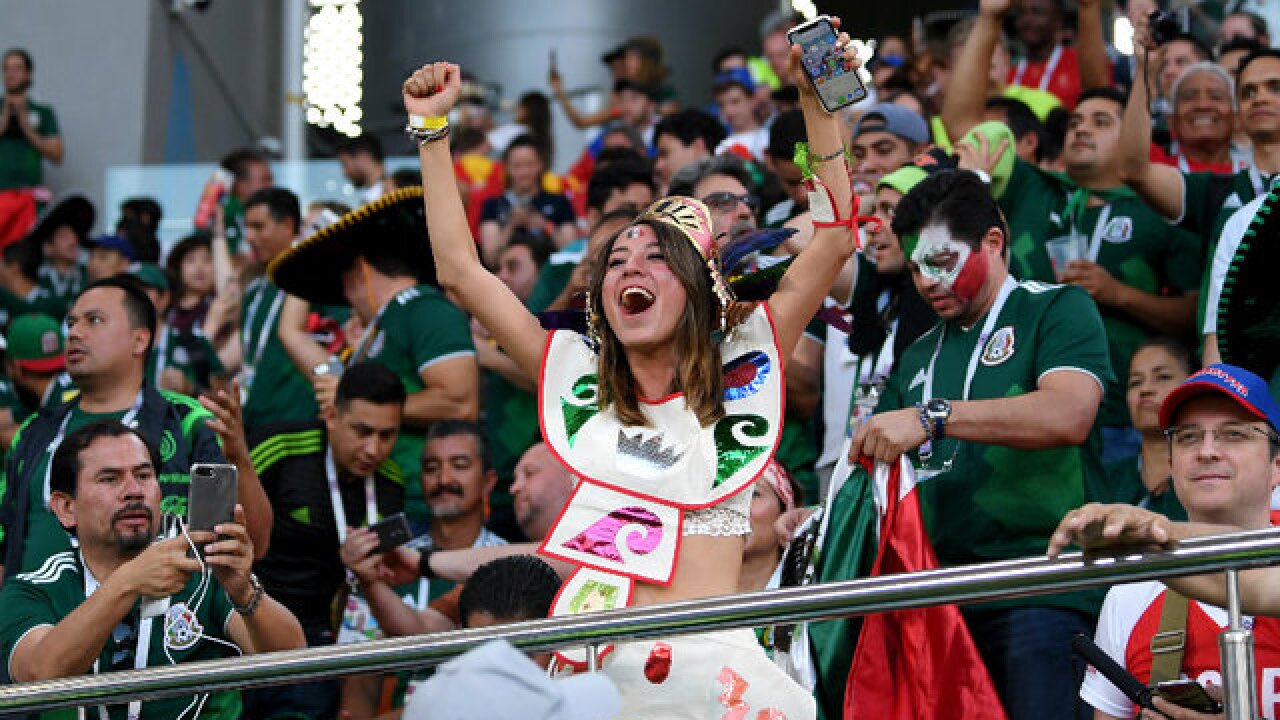 Copyright Getty Images
Matthias Hangst
Mexico fans celebrate after hearing the news of a Korea Republic goal that will send Mexico in Round of 16 during the 2018 FIFA World Cup Russia group F match between Mexico and Sweden at Ekaterinburg Arena on June 27, 2018 in Yekaterinburg, Russia. 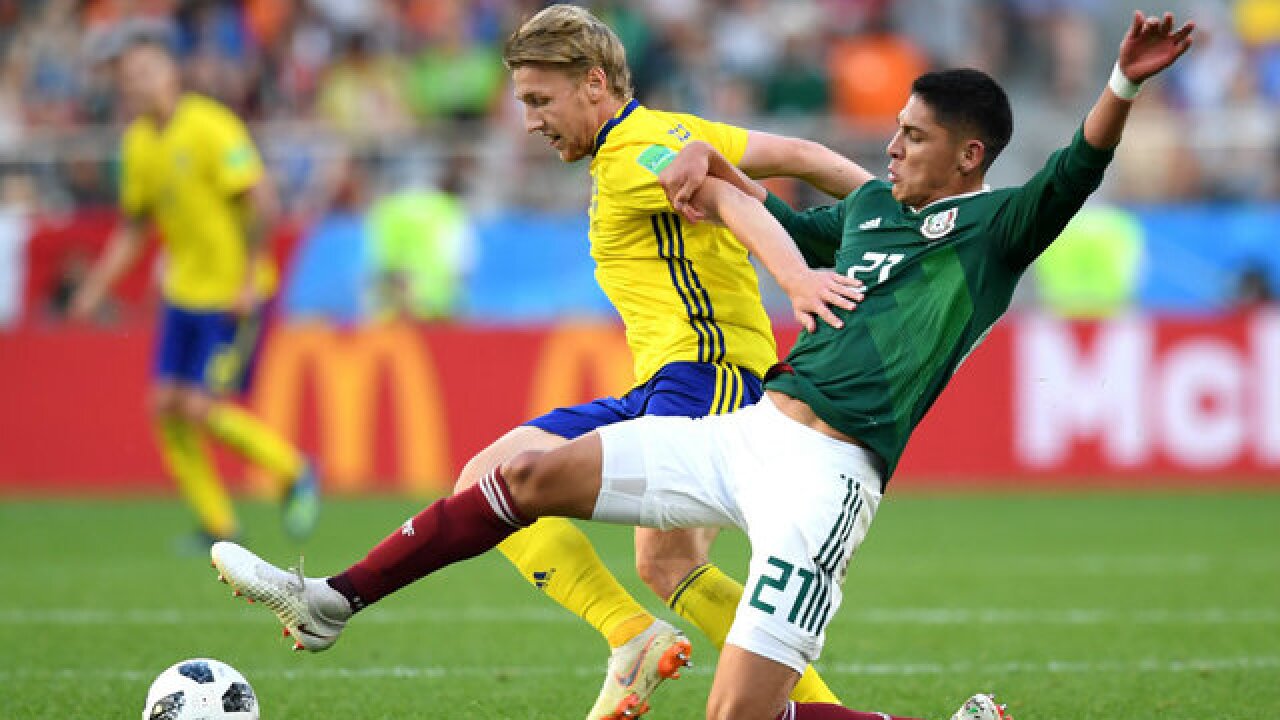 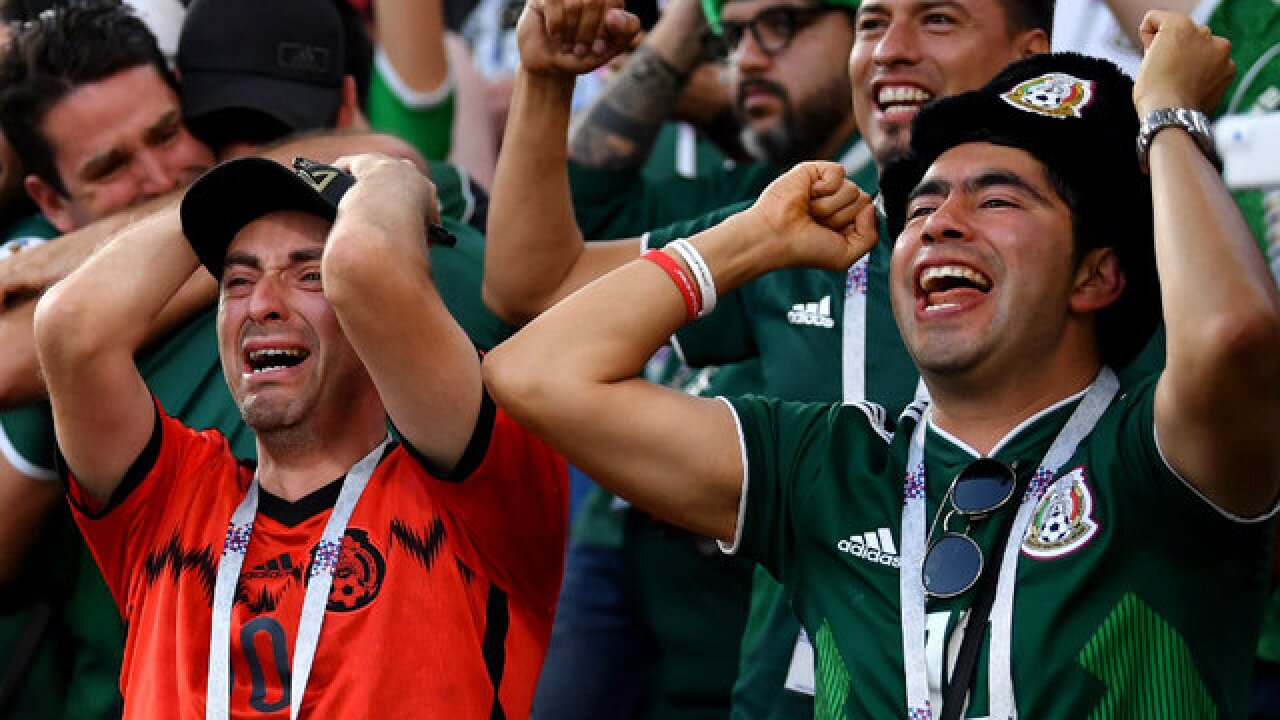 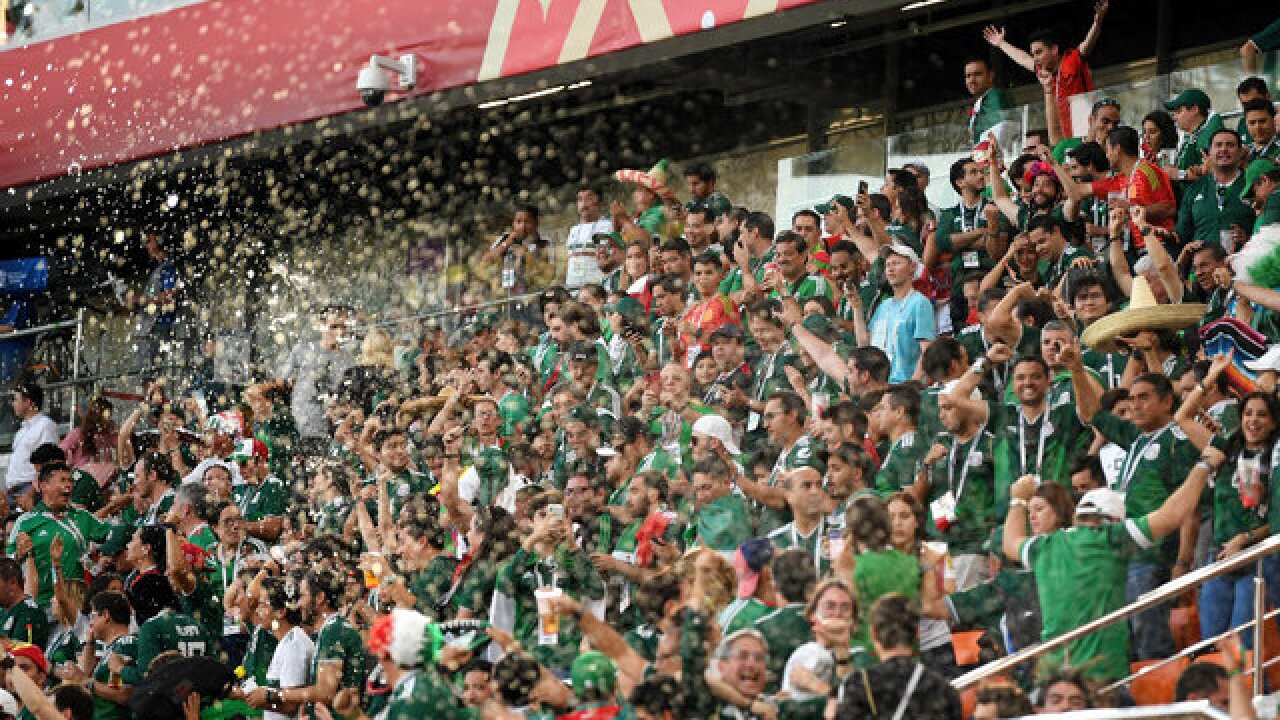 (KGTV) - Despite a 3-0 loss to Sweden, Mexico advanced to the knockout stage of the 2018 World Cup Wednesday after South Korea scored two late goals to beat Germany 2-0 in their match.

Sweden used three second-half goals -- one of them an own-goal by a Mexico defender -- to take the match and also advance to the next round.

After a 0-0 first half, the Swedes opened the scoring several minutes into the second half on a short shot by Ludvig Augustinsson. In the 62nd minute, Sweden struck again when Andreas Granquvist scored on a penalty kick after a tackle within the penalty area by a Mexican player.

In the 74th minute, Mexico defender Edson Alvarez inadvertently knocked the ball into his own goal to give Sweden its 3-0 lead.

In a match played at virtually the same time, South Korea scored two goals to top Germany in stoppage time -- a result that propelled Mexico into the next round based on goal differential within Group F.