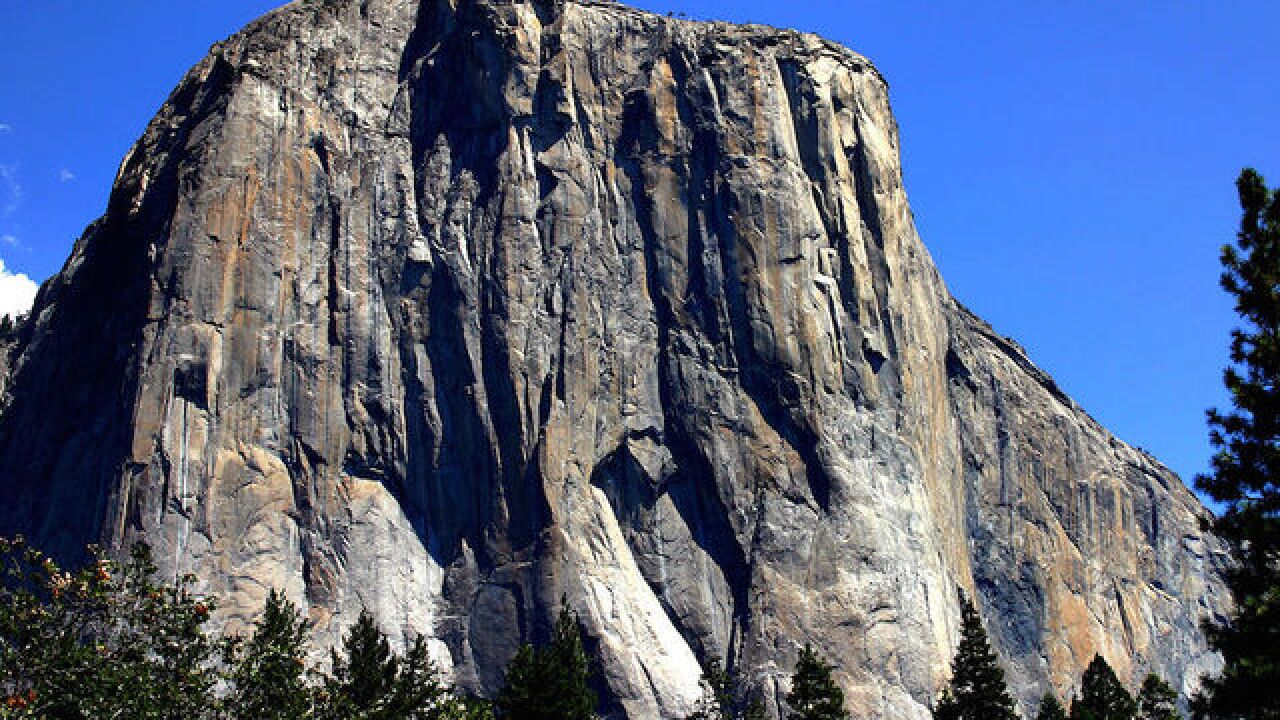 The San Francisco Chronicle says Harrington reached the top in 21 hours, 13 minutes and 51 seconds, despite banging her head on the granite wall at one point.

Free climbers don't use ropes to ascend, only to catch them if they fall.