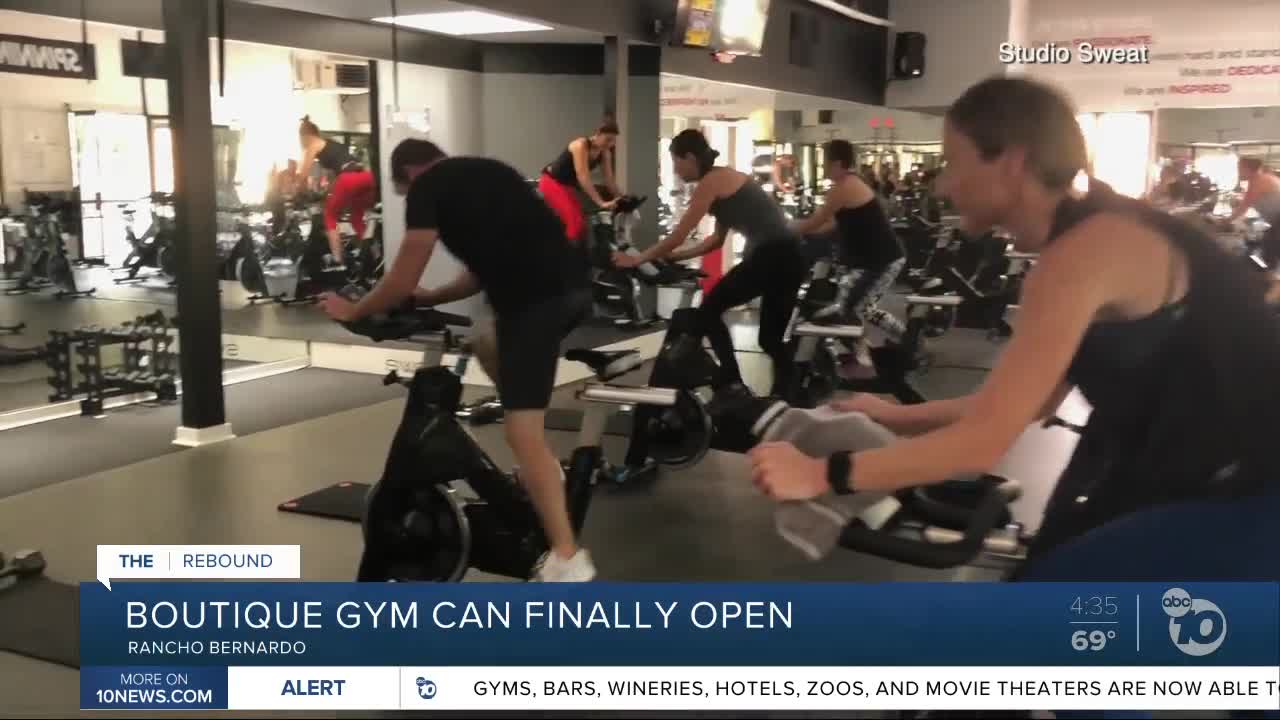 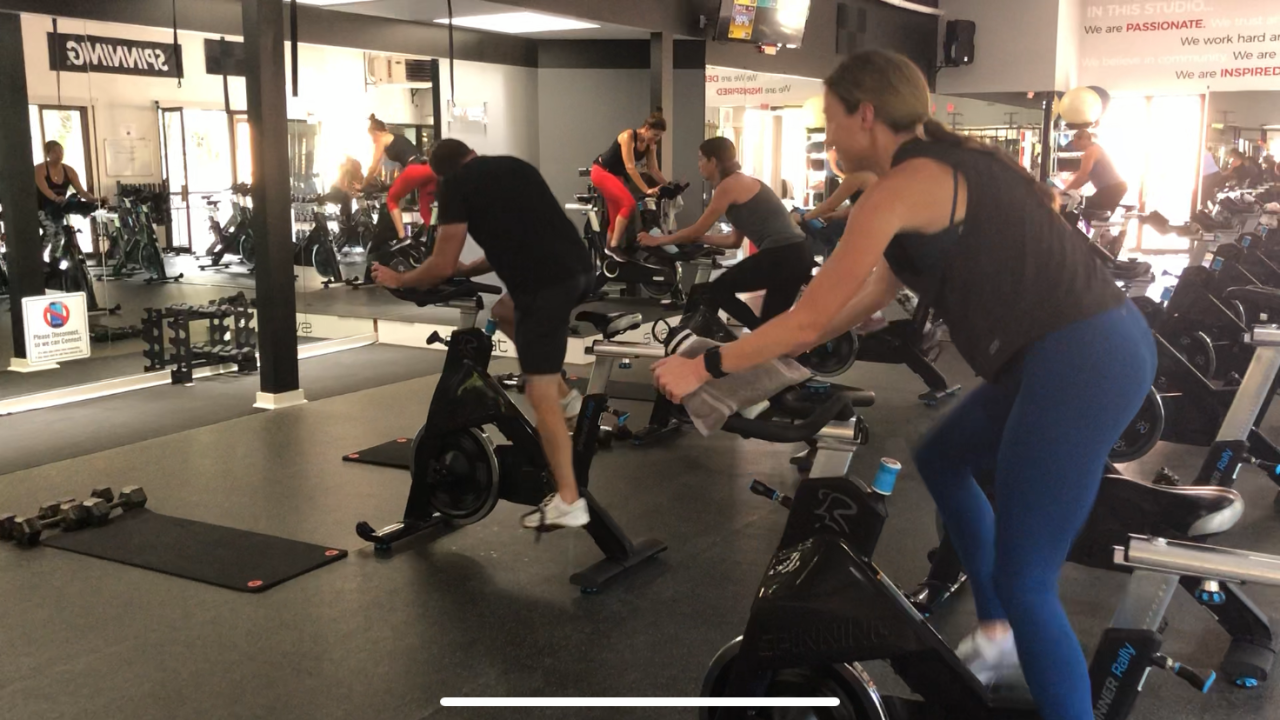 “It is hard but it feels so good,” Kom said after the session.

The other thing adding to her jubilance: the fact that she could finally open her boutique gym's new location in Rancho Bernardo.

She said it seems like a long time coming.

Kom’s outlook was a lot different when she first spoke to 10News in April in the midst of the coronavirus shut down.

She couldn't open her new gym, was still paying rent for the old 4S Ranch location, and, like many small business owners, was shut out from a federal stimulus Paycheck Protection Program loan.

“We didn't lay a single person off,” she said at the time. “That was our plan and that's what we hoped to do. Now we're kind of going, oh my gosh I might have to lay people off.”

Fast forward to Tuesday. Studio Sweat was in its fifth day of operation after restrictions lifted.

Kom ultimately got an $85,000 PPP loan and never had to lay anyone off.

Still, hours are reduced as membership is only at 65% pre-coronavirus levels and she still owes full rent.

“I kind of had these grand dreams that we were going to open up and everybody was going to come back, but that's just not the case,” Kom said.

She says, however, that if there does happen to be a second wave in the future, studio sweat will be more prepared to handle it and rebound faster.

The governor's guidelines for gyms to reopen include physical distancing, and for patrons to bring their own towels.