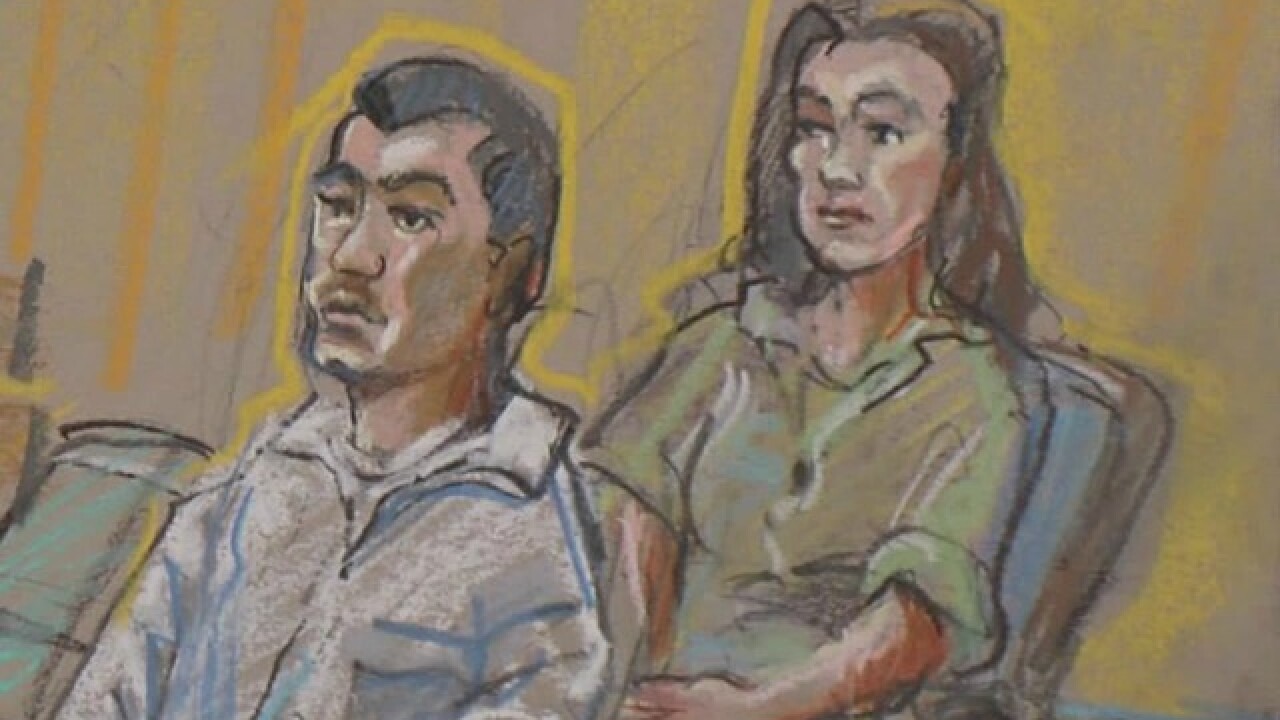 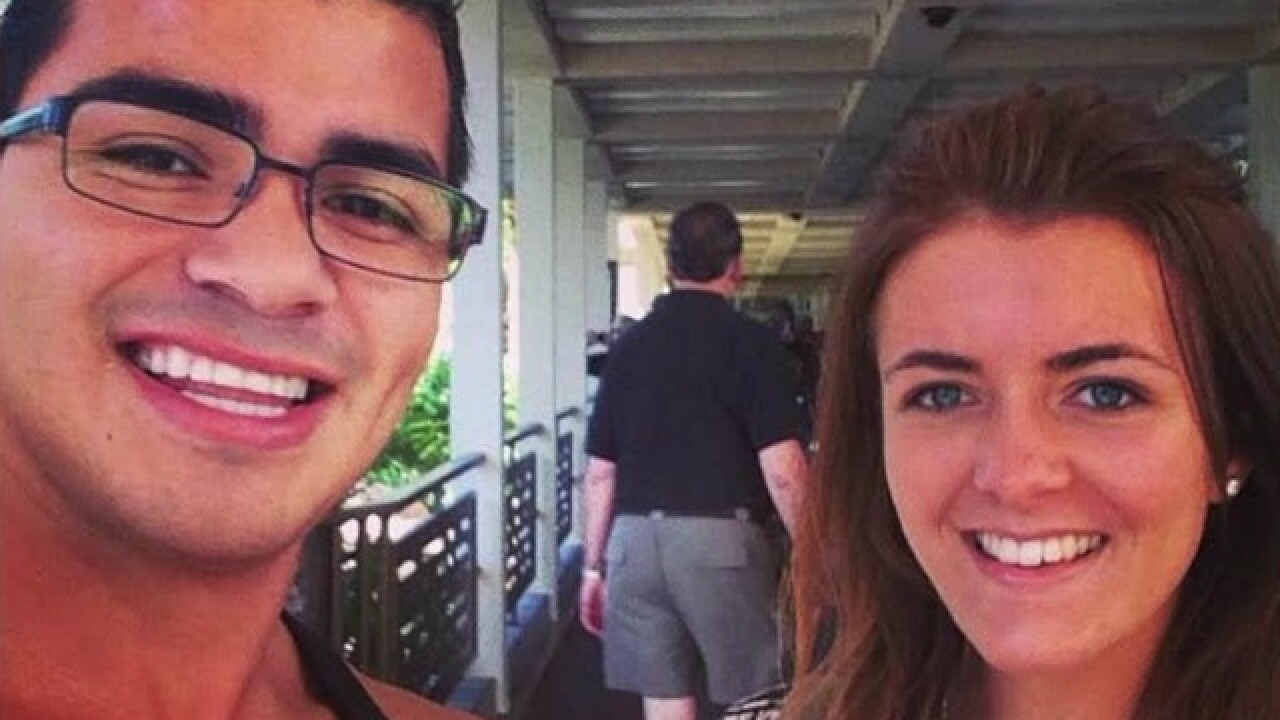 SAN DIEGO -- An Imperial Beach man who was indicted, along with his girlfriend, in the stabbing death in Mexico of his wealthy Texas boyfriend, pleaded not guilty Thursday to a federal charge of interstate or foreign domestic violence resulting in murder.

David Enrique Meza, 25, and his 20-year-old girlfriend, Taylor Marie Langston, were arrested by FBI agents early Wednesday morning at their home in the 700 block of Ninth Street.

Meza -- who is additionally charged with conspiracy to obstruct justice and faces life in prison if convicted -- was ordered held without bail pending a detention hearing on Monday.

Bail was set at $50,000 for Langston, who pleaded not guilty to charges of conspiracy, obstruction of justice and making a false statement to a federal officer.

The couple was indicted by a federal grand jury in connection with the fatal stabbing of Meza's 52-year-old boyfriend, wealthy Texas retiree Jake Clyde Merendino.

According to a search warrant affidavit, Merendino was found stabbed to death May 2 in a ravine next to the highway between Rosarito and Ensenada, in an area known as Los Arenales.

Meza met Merendino online in 2013 and the two were involved romantically. At the same time, Meza was involved with Langston, who was eight months pregnant with his child at the time of the killing, according to the
affidavit.

Merendino was killed a day after he closed escrow on a luxury oceanfront condominium in Baja California. Days after the killing, Meza produced a handwritten note that made him the sole heir to Merendino's estate, according to the indictment.

On May 1, the victim and Meza drove to Mexico, with Merendino driving his Range Rover and Meza following on a motorcycle, according to the search warrant affidavit. The new condo wasn't ready to move into, so the couple checked in at Bobby's By the Sea hotel.

Merendino went to the lobby early that evening to open a bottle of wine and around 10:30 p.m., a motorcycle was heard leaving the hotel. Meza was seen crossing the international border at 11 p.m., according to the affidavit.

The victim was last seen alive at 1 a.m. May 2 when he told hotel staff he was going to help a friend who was stranded on the road.

Merendino's body was found shortly after 3 a.m. and Meza was allegedly seen crossing back into the U.S. just before 4 that morning, followed by Langston, who crossed into the U.S. 25 minutes later in a black SUV with no license plates.

Later that same day, Langston and Meza returned to the hotel to collect Meza's belongings, according to Assistant U.S. Attorney Alexandra Foster.

The victim's iPad was found during a search of the defendants' home in June, the prosecutor said.

After the slaying, a longtime friend of the victim, who drew up Merendino's 1998 will, filed probate paperwork in Galveston, Texas. On May 17, Meza contested the 1998 will and produced the handwritten note which named him as the sole heir to Merendino's estate, prosecutors said.

A motions and trial-setting hearing is set for Jan. 22 before U.S. District Judge Jeffrey Miller.