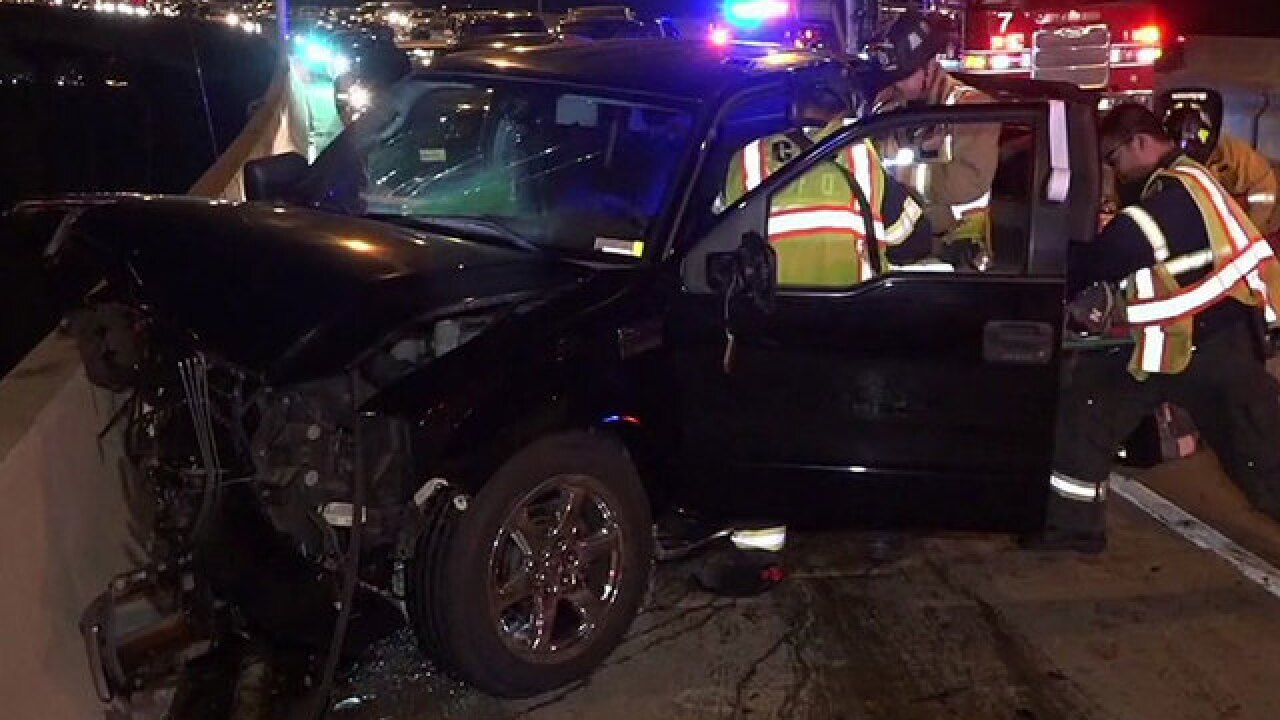 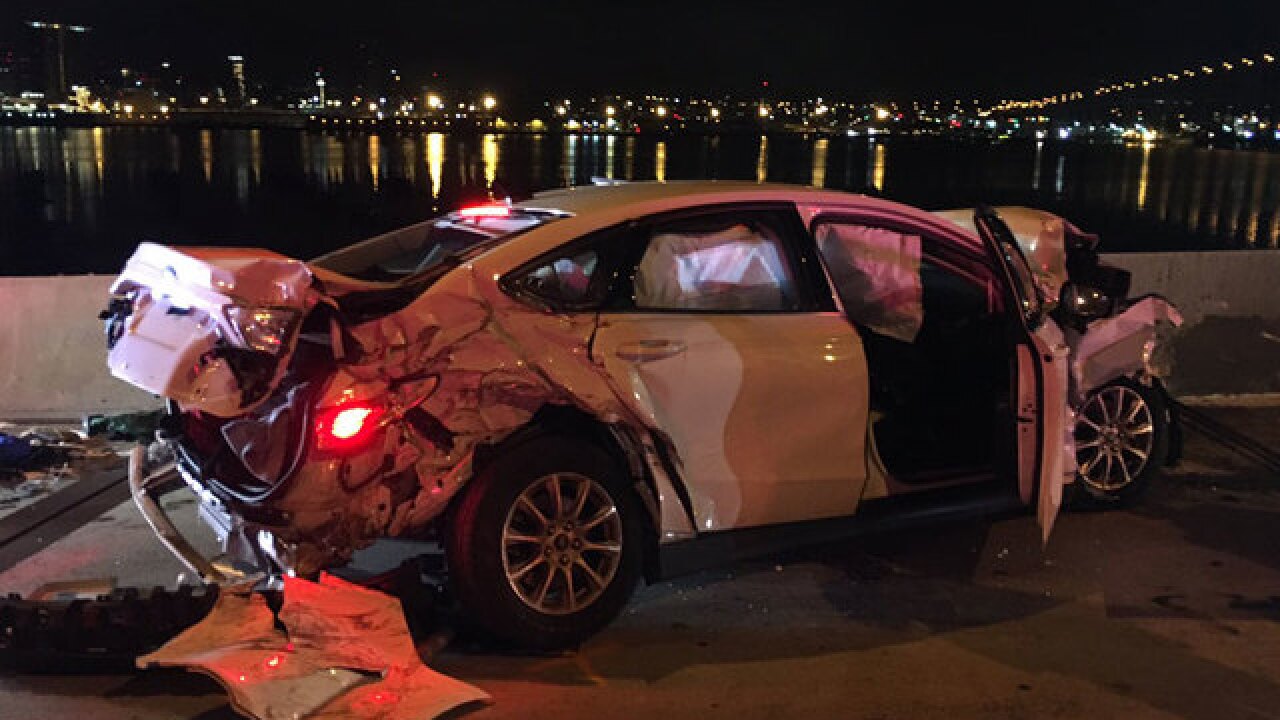 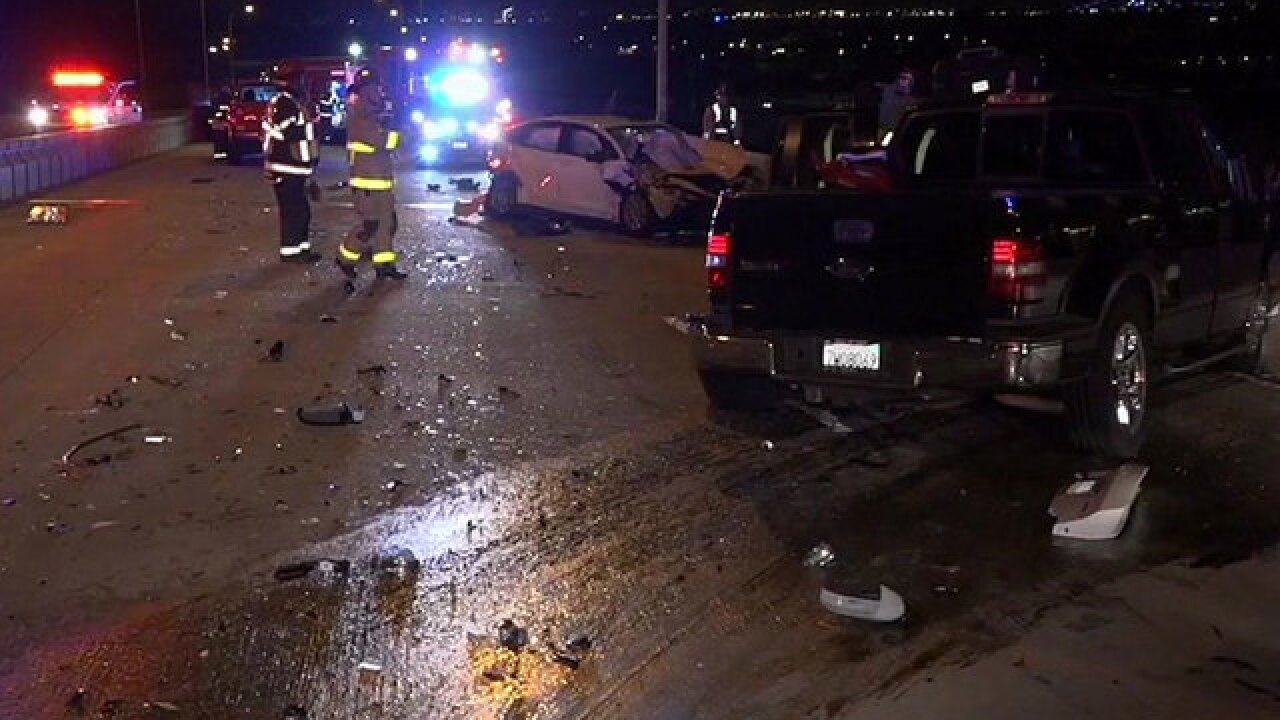 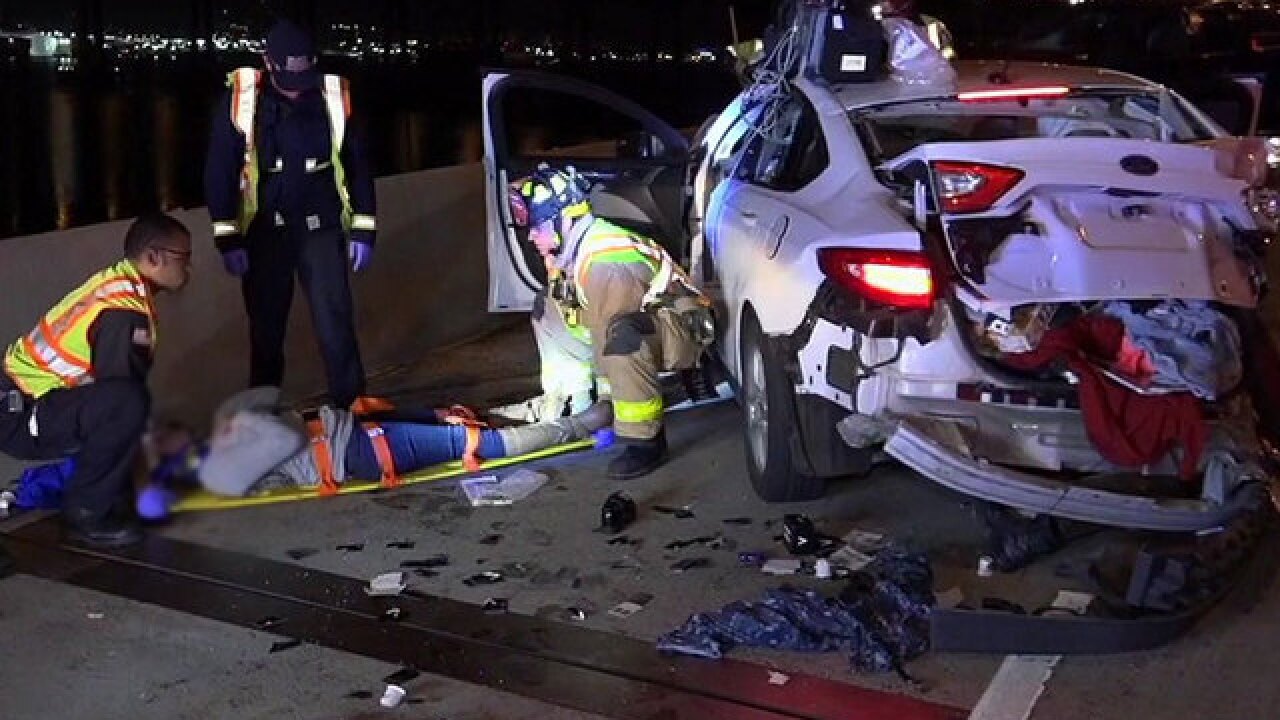 SAN DIEGO (KGTV) - A woman was arrested on suspicion of DUI after driving the wrong way on the Coronado Bridge and colliding with two other vehicles early Monday morning, according to authorities.

The California Highway Patrol said 24-year-old Briana Rall was driving a white Ford Fusion eastbound on the westbound side of the bridge at about 4 a.m. when she hit a Ford F-150 pickup truck head-on near the toll plaza. CHP officials said Rall's car struck a Dodge Ram truck before coming to rest on the westbound lanes.

The crash prompted a Sig Alert and led to the closure of both sides of the bridge. Traffic was backed up in both directions, but all lanes were reopened at around 6:10 a.m.

Three people, including Rall, were hurt in the collision and taken to the hospital. The 49-year-old driver of the F-150 suffered major injuries, while the Ram's driver suffered minor injuries.

The CHP confirmed Rall, who suffered injuries of unknown severity, was arrested on suspicion of DUI.