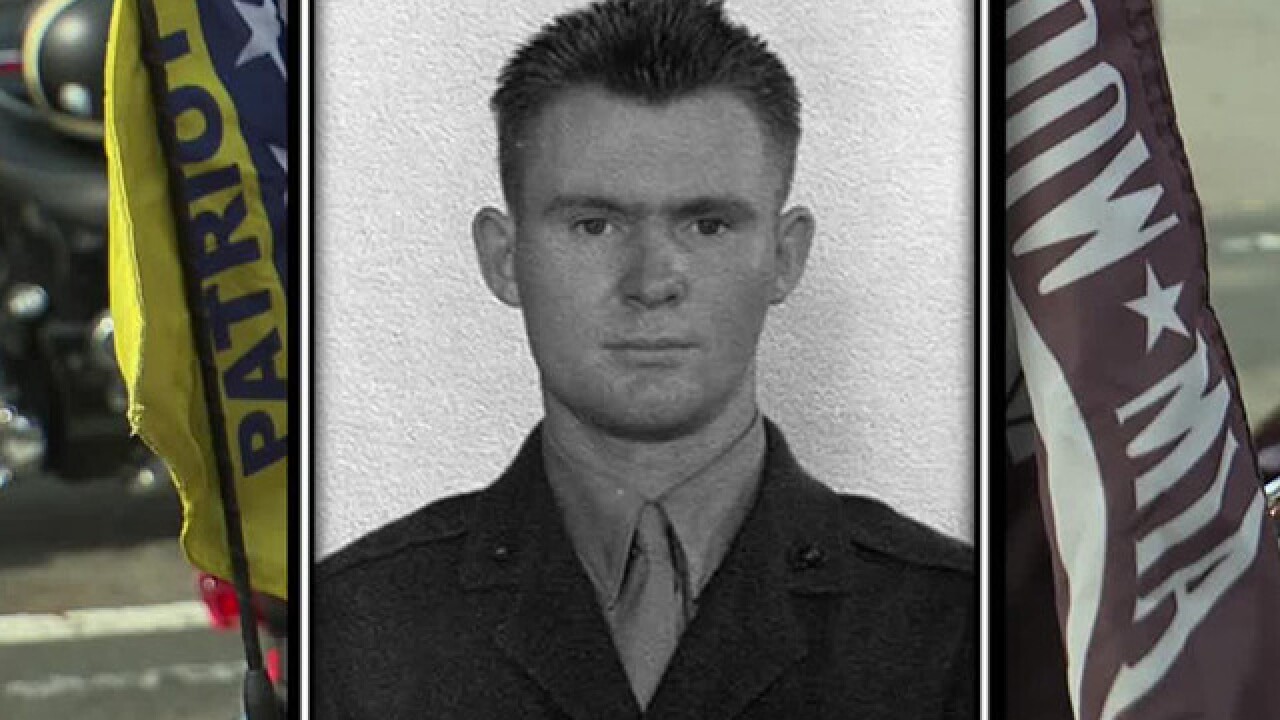 SAN DIEGO (KGTV) - The remains of a World War II veteran arrived Monday morning in San Diego, where he will be laid to rest in a military ceremony long overdue.

Marine Sgt. Millard Odom, 26, was killed at the Battle of Tarawa on Nov. 20, 1943, but his remains were never positively identified.

In 1949, Odom’s remains were taken to the National Memorial Cemetery of the Pacific in Honolulu. Through DNA testing, the remains were finally identified 69 years later.

Odom enlisted in the Marines when he was 19 years old, and he completed boot camp training at Camp Pendleton.

Now, his family, with the help of the Patriot Guard, are able to welcome him home and take him to his final resting place at Miramar National Cemetery.

“We really should be grateful that we live in a country that could produce a man like Odom. And we are here to honor that, and because of his sacrifice is why we're able to sit here and talk about what he did,” Lizarraga said.

Odom will be buried with full military honors at 11 a.m. on Tuesday -- the 75th anniversary of his death.