Woman killed trying to cross the street in Encanto 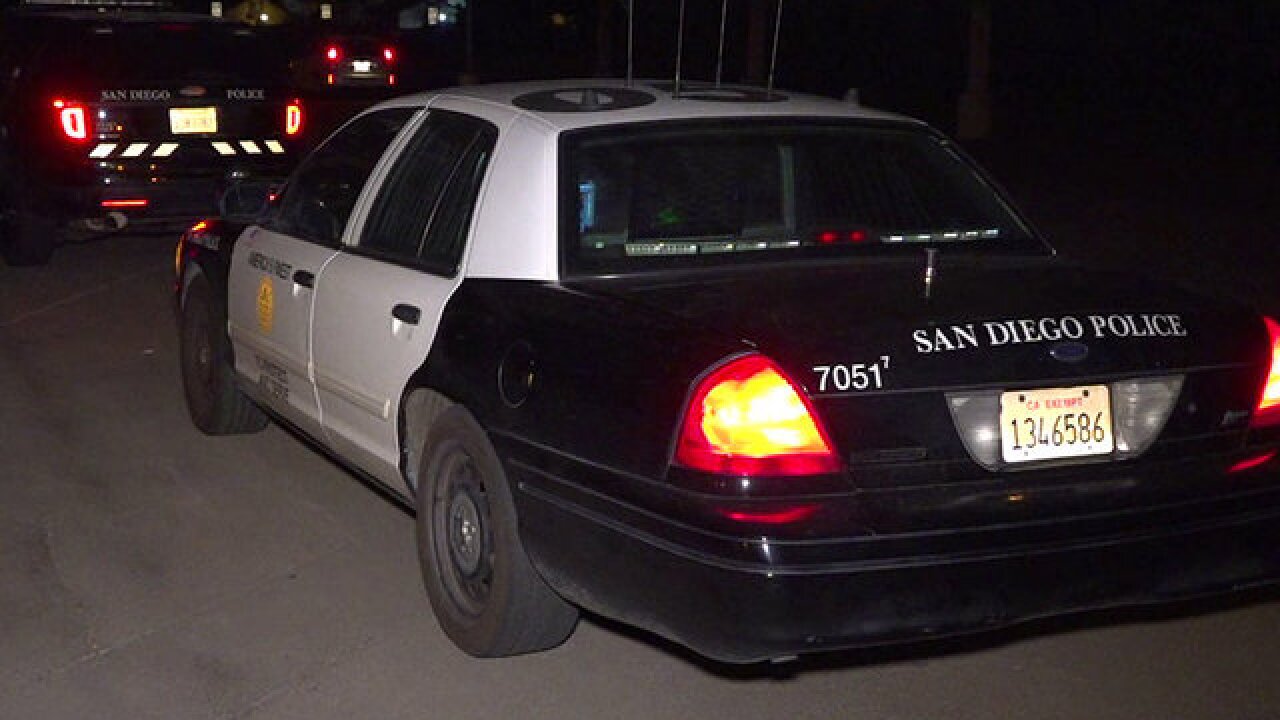 SAN DIEGO (CNS) - A car struck and killed a pedestrian in Encanto, and the driver then fled the scene, police said today.

The deadly crash occurred around 6:30 p.m. Saturday on Imperial Avenue near 66th Street.

A woman tried to cross Imperial Avenue but did not stop for oncoming traffic in the westbound lanes, according to San Diego police Officer Robert Heims.

The woman was struck and she died at the scene, Heims said. The driver involved in the crash failed to stop and instead drove west on Imperial Avenue, according to Heims.

The car was described as possibly being a black, two-door vehicle. Police weren't immediately able to provide the victim's identity, but she is believed to have been between 35 and 40 years old.

Traffic detectives were investigating the case.