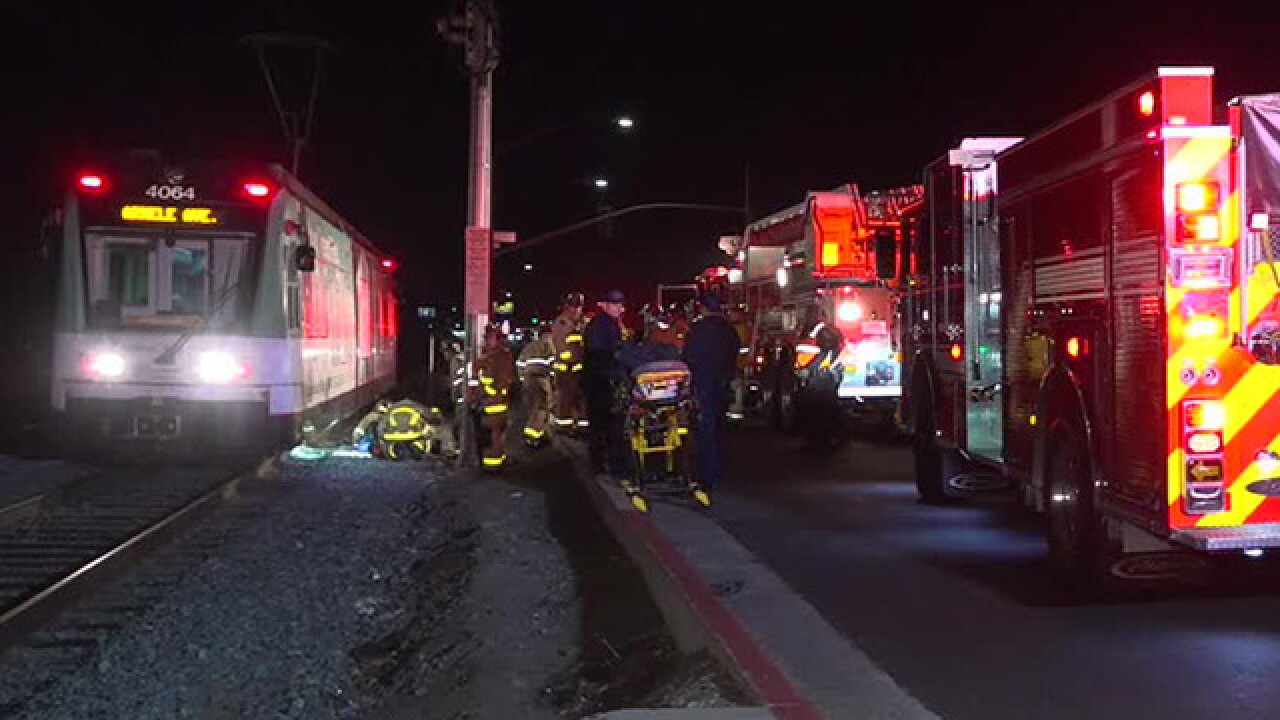 SAN DIEGO (CNS) - A woman was struck and killed by a Metropolitan Transit System trolley in the Encanto area, according to police.

The crash happened about 10 p.m. Sunday near the intersection of 65th Street and Imperial Avenue, San Diego police Officer John Buttle said. The intersection is about three blocks from the Encanto Trolley Station.

The woman was pronounced dead at the scene, Buttle said. No details about the victim were immediately available.

The MTS Orange Line was shut down in both directions as a result of the crash. Trolley service has since been restored.

Officers from the San Diego Police Department's traffic division were investigating the circumstances of the crash.