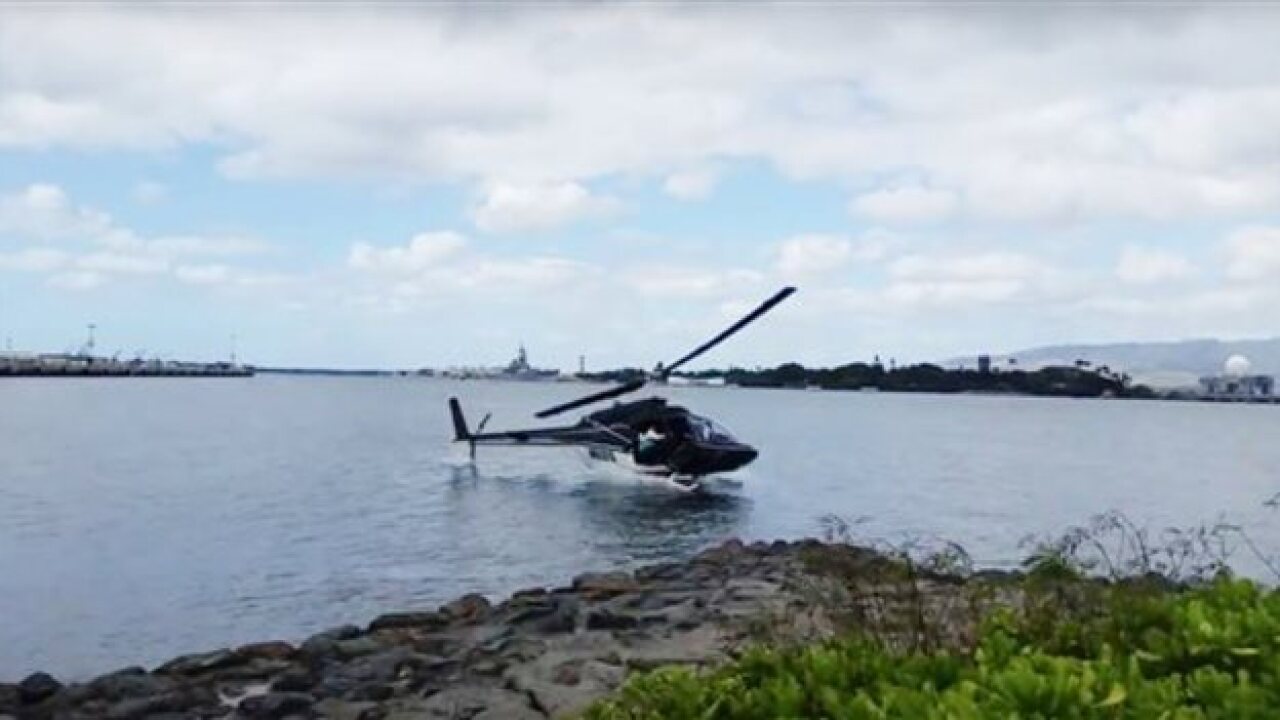 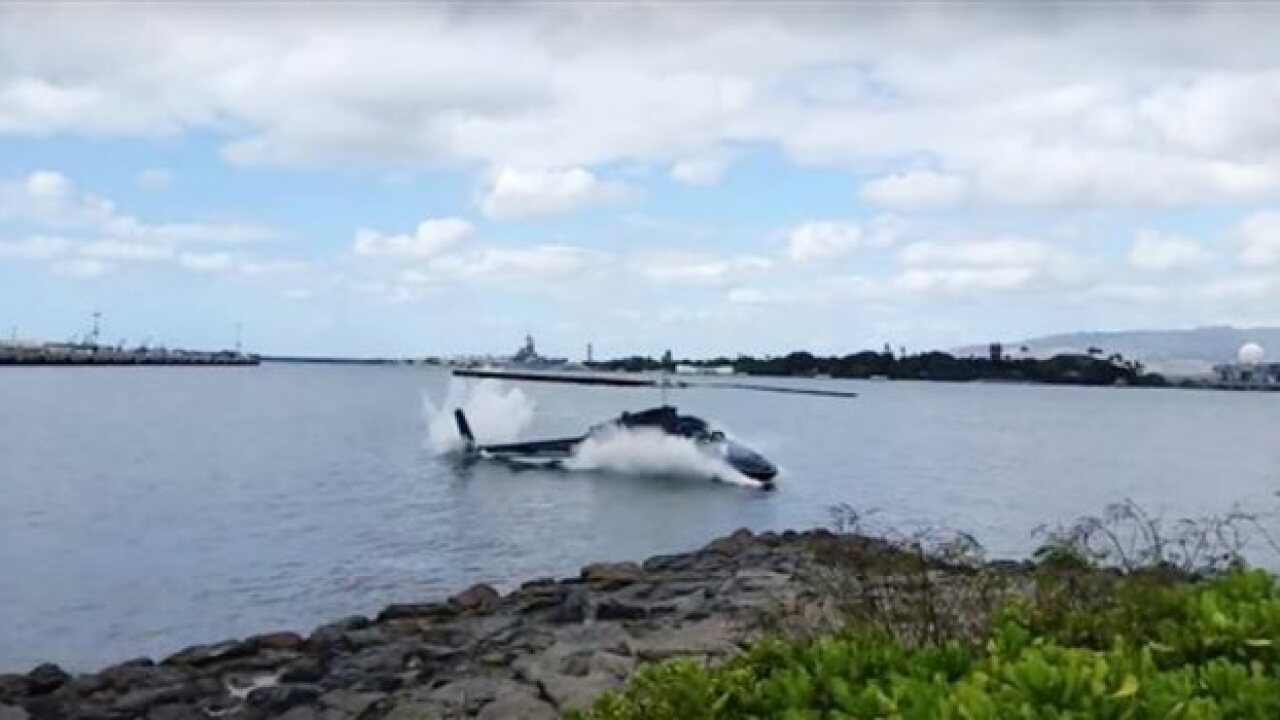 PEARL HARBOR, Hawaii -- Tourist Shawn Winrich was taking photos of Pearl Harbor when he saw a helicopter "essentially coming straight at us" at a popular tourist destination that attracts thousands of visitors daily.
He switched to video, recording as the helicopter lost altitude and dipped closer to the water.
"All of a sudden it essentially just fell out of the sky and crash-landed in the water," the Madison, Wisconsin, man said.
He stopped filming and jumped in to help.
All five people on board made it out, but one passenger — a 16-year-old boy who was trapped underwater and had to be cut free from his seat, according to witnesses — was hospitalized in critical condition.
"We are told bystanders jumped in to help rescue these patients from the water," said Shayne Enright, spokeswoman for Honolulu Emergency Services Department.
One of them was Chris Gardner, a tour guide with Keawe Adventures who was with a group of tourists at the Pearl Harbor Visitor Center when he heard the crash.
"I took off my shirt and dove in," he said, describing how he, a Navy sailor, a federal police officer and another man took turns diving to the submerged helicopter and trying to free a passenger with a knife. "He was strapped into his seat in the back of the aircraft."
U.S. Navy spokeswoman Agnes Tauyan identified the aircraft involved in Thursday's crash as a Bell 206. The names of the five people on board were not immediately released.
The helicopter crashed about 20 feet offshore, right next to the visitor center's lawn, said Winrich's daughter, Justice Winrich. She watched as it "plopped down" into the water.
"I saw it like as it was coming in, and it looked pretty normal. It didn't look like it was shaking or anything," Winrich said. She thought it was strange that the helicopter was that close to people.
As it got closer to the water, she saw some dark smoke coming out of the back of the helicopter, and it started shaking slightly.
Winrich saw three people get out of the helicopter immediately and start swimming to shore.
"It was crazy," she said. "You go on vacation and you never think you're going to see something like that."
Local author Allan Seiden was signing books at the visitor center when someone told him a helicopter crashed. He rushed over to where people were gathered, but by then the helicopter wasn't visible.
"I think it sunk instantly," he said.
Seiden watched as the helicopter's occupants— including a man in a neck brace— were carried away on stretchers. "People were very calm," he said. "You could tell everyone was very shocked."
Federal records show the helicopter is registered to Jeffrey Gebhard of Kailua, Hawaii. He couldn't immediately be reached for comment.
The Navy said in a statement that the helicopter reportedly belongs to Genesis Aviation. A website for Genesis Helicopters says it conducts helicopter tours over Oahu and that Gebhard started Genesis in 1999.
A 45-year-old woman and a 50-year-old man were taken to the hospital in stable condition.
Honolulu paramedics treated the 16-year-old passenger and took him to a hospital in critical condition, Enright said.
"It was a team effort and we pray that he's OK," Gardner said of the teen he helped free.
"It's part of the instinct growing up in Hawaii," he said of jumping in to help. His eyes were still burning from the fuel in the water, he said.
Details on the two other people on board, including the pilot, were not immediately available.
Operations at the visitor center, including visits to the nearby USS Arizona Memorial, were suspended, the Navy said. The memorial honors the 1,177 sailors and Marines killed on the ship in the Dec. 7, 1941, attack by Japan.
Partial operations at the visitor center will resume Friday, the National Park Service said. The theater and boat trips to the Arizona Memorial were suspended. The visitor center grounds, museums, snack shop and bookstore will be open.
Federal Aviation Administration investigators were on their way to the crash site. A National Transportation Safety Board investigator was expected to arrive Friday.
It was the second major crash this year involving helicopters on Oahu.
Twelve Hawaii-based Marines were killed when two military helicopters crashed during nighttime training on Jan. 14. Both aircraft were CH-53E Sea Stallion helicopters that were part of Marine Heavy Helicopter Squadron 463.
__
Kelleher reported from Honolulu.
Associated Press 2016