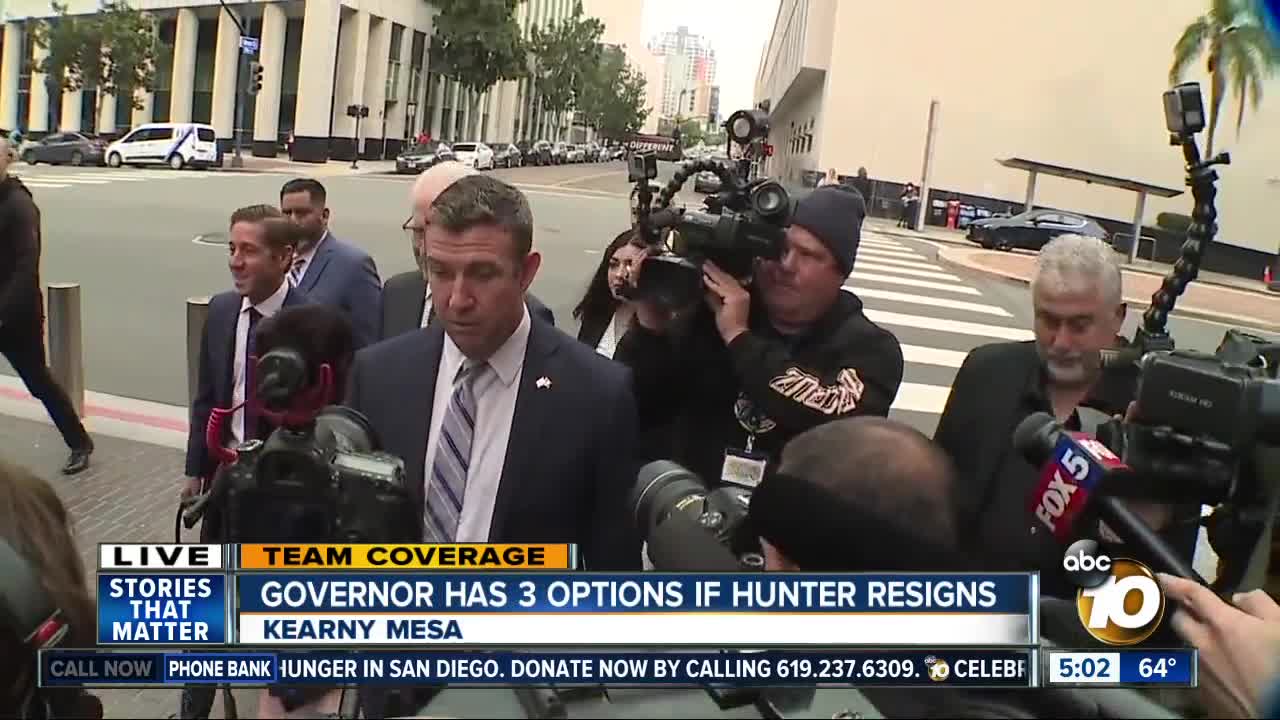 "Mathematically, this is clearly by registration should be a Republican seat and Ammar Campa-Najjar possibly could get in the runoff if he's the only Democrat, so I do predict it will stay in Republican hands," said political analyst John Dadian.

Dadian calls it a horse race with three high profile Republicans vying for the seat.

"For the past couple of years, since Duncan Hunter has been under indictment, he's been stripped of even being on committees, so Darrell Issa's argument is going to be "I get San Diego's power back the minute I get in, my other opponents are going to be freshmen," that's a very powerful argument," said Dadian.

When and if Hunter resigns, a spokesman with the San Diego Registrar of Voters office tells 10News the governor would have three options: leave the seat unfilled for the remaining term, call a special election, or consolidate the special election with a regularly scheduled election, such as the March 2020 Primary.

Dadian points to the recent resignation of Democratic Congresswoman Katie Hill as one potential scenario.

"Her special election and the regular primary is on March 3. There are different rules on a special than a regular, so there might be, for her, four races within six months, that might happen with Duncan Hunter depending on when he resigns," said Dadian.

Duncan did not bring up resignation after his court appearance Tuesday morning.