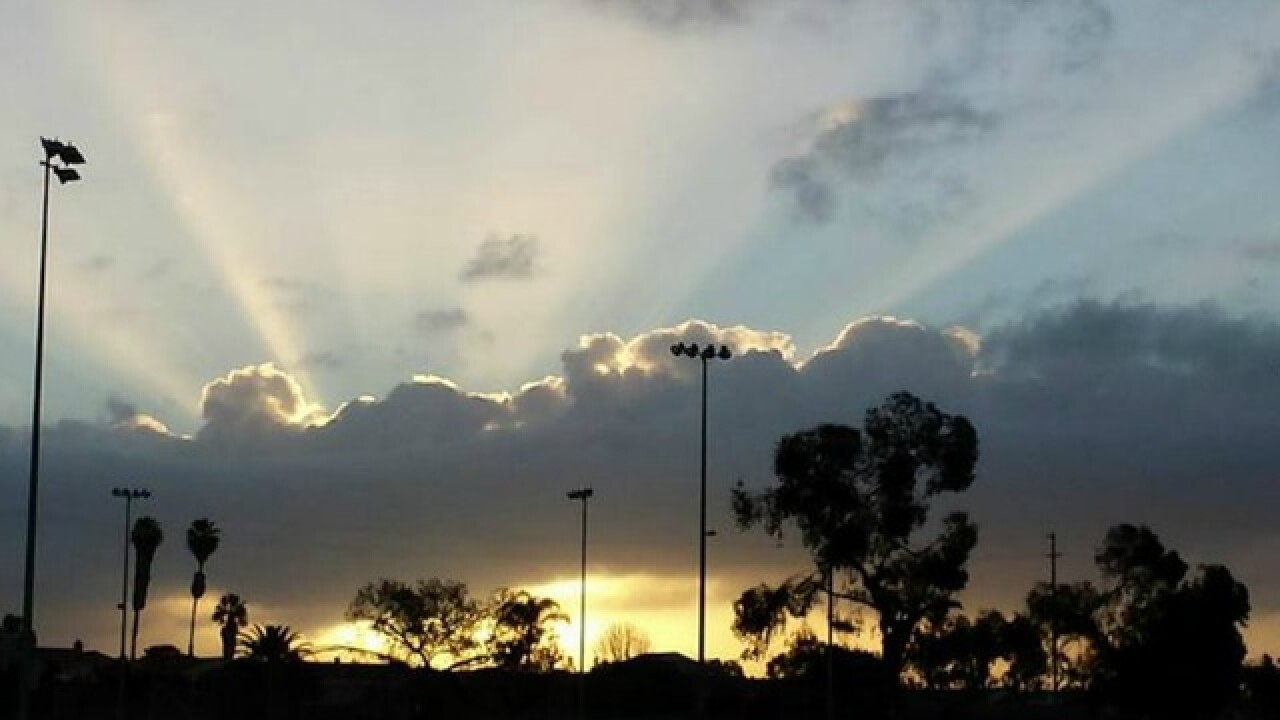 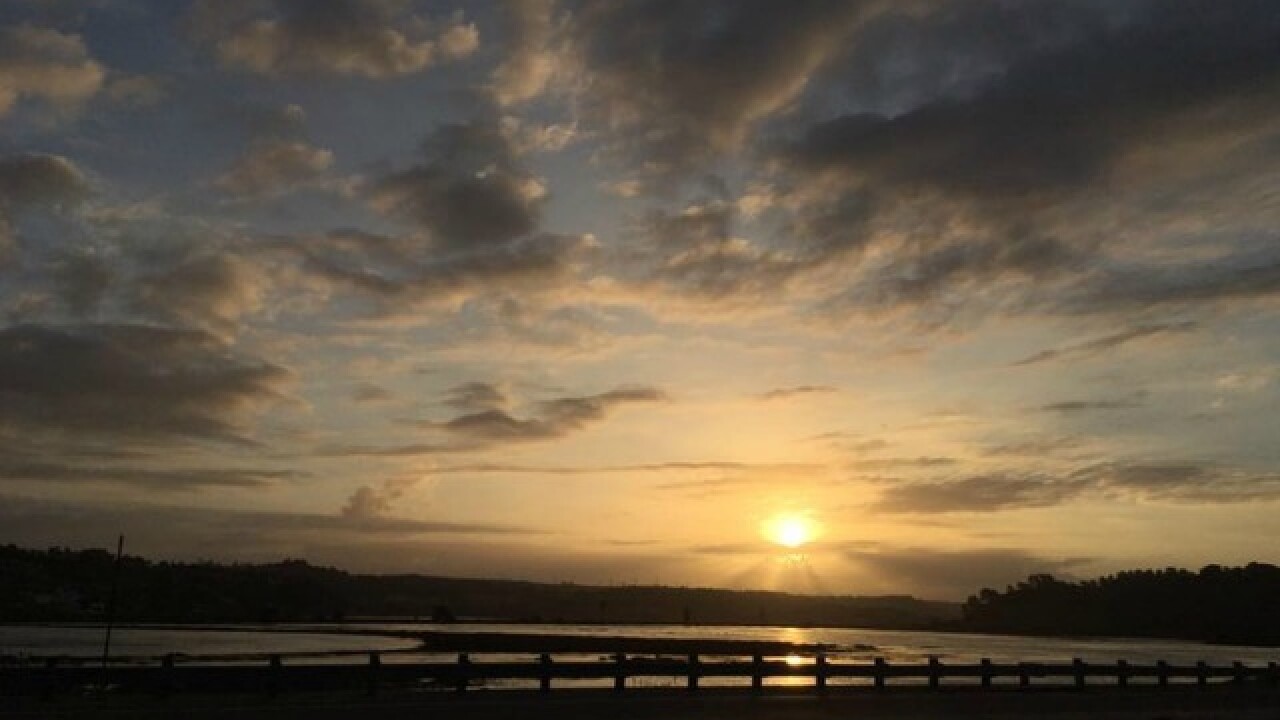 Rain, wind and mountain snow are expected in San Diego County Thursday afternoon and on Christmas Day as the second storm of the week arrives in the region.

National Weather Service forecasters said rain and snowfall amounts should remain light, but the winds will speed up by late afternoon.

A high wind warning for the mountains will take effect at 4 p.m. and expire at 10 a.m. Friday. West winds of 30 to 40 miles per hour are expected during the warning period, as are gusts of 50 to 70 mph. Gusts may reach 80 mph through passes and along desert mountain slopes.

A less severe wind advisory will also be in effect from 4 p.m. today to 10 a.m. Friday for the deserts, where winds of 20 to 30 mph and gusts of 40 to 50 mph are expected. Forecasters said peak gusts could reach 60 mph immediately below desert slopes and passes.

"Strong west winds will develop late this afternoon and continue through Christmas morning for the high desert, mountains and the mountain desert slopes as low pressure digs across the region," according to the
weather service.

Along with the gusty wind and more rain, the storm system may bring a white Christmas to some mountain areas. Forecasters said an inch or two of snow would be possible as the snow level drops to around 3,000 to 4,000 feet at times through Christmas Day.

"By Christmas morning, snow levels may dip as low as 3,000 feet," according to the weather service. "Strong and gusty winds will be likely through the mountains and deserts. Be alert to changing weather conditions so
you don't get caught of guard during the holiday festivities."

Forecasters said motorists could be affected on Interstates 5, 8 and 15 and county road S-1. Visibility on some desert roadways may also be reduced due to blowing dust.

Along the coast, very high tides this morning and Friday may cause flooding in low-lying beach areas along the immediate coast, including in Imperial Beach, South Mission Beach, La Jolla Shores, Cardiff-by-the-Sea and Oceanside. Higher surf on Christmas Day may also increase the flooding risk, forecasters said. A coastal flood advisory will expire at 10 a.m. Friday.