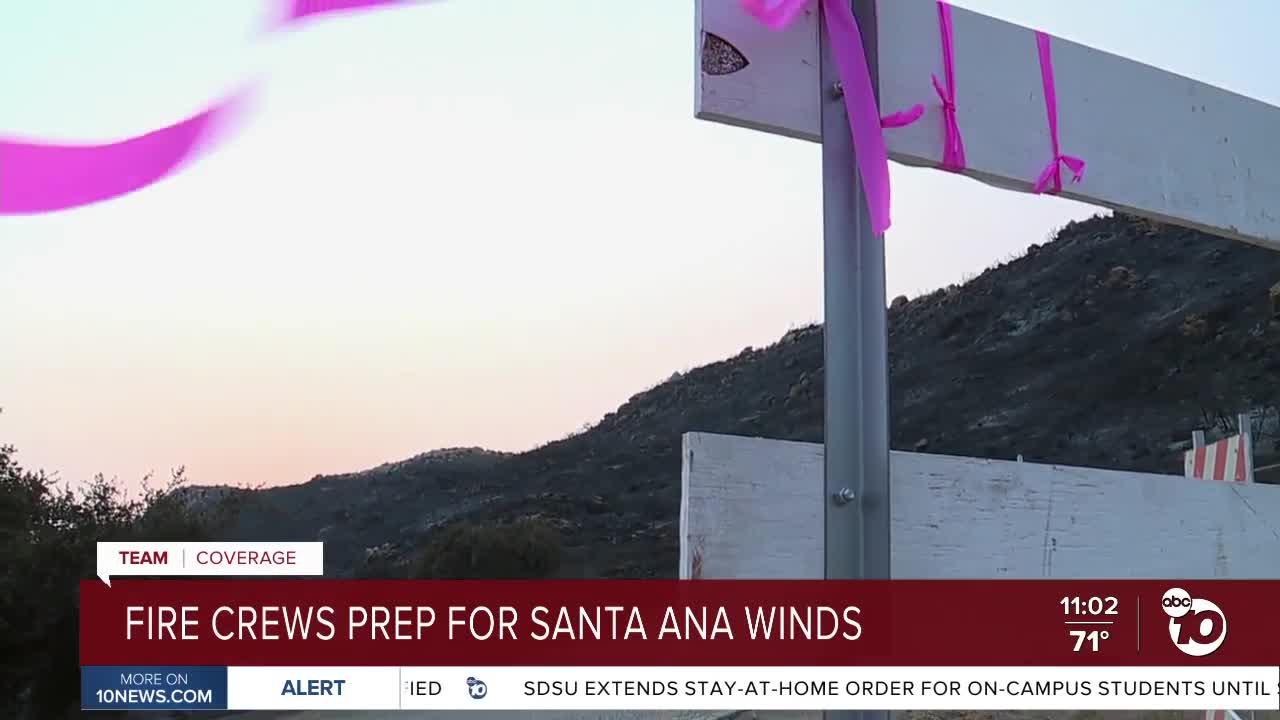 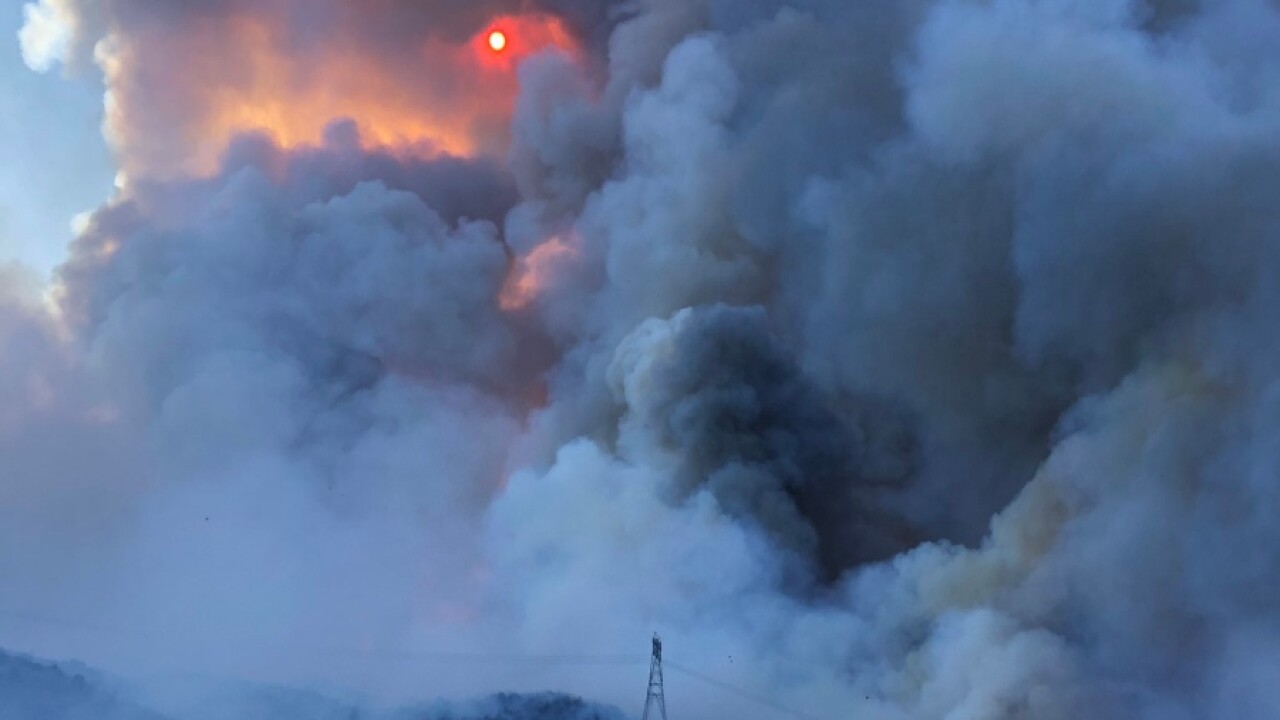 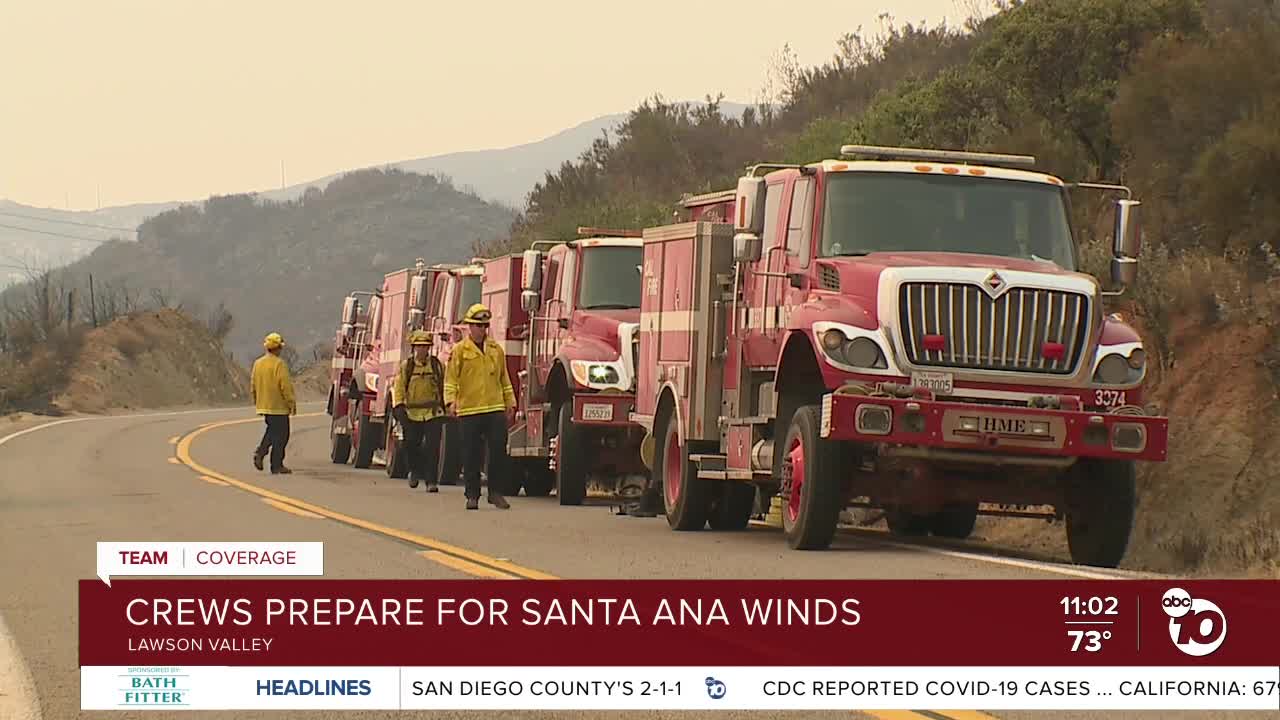 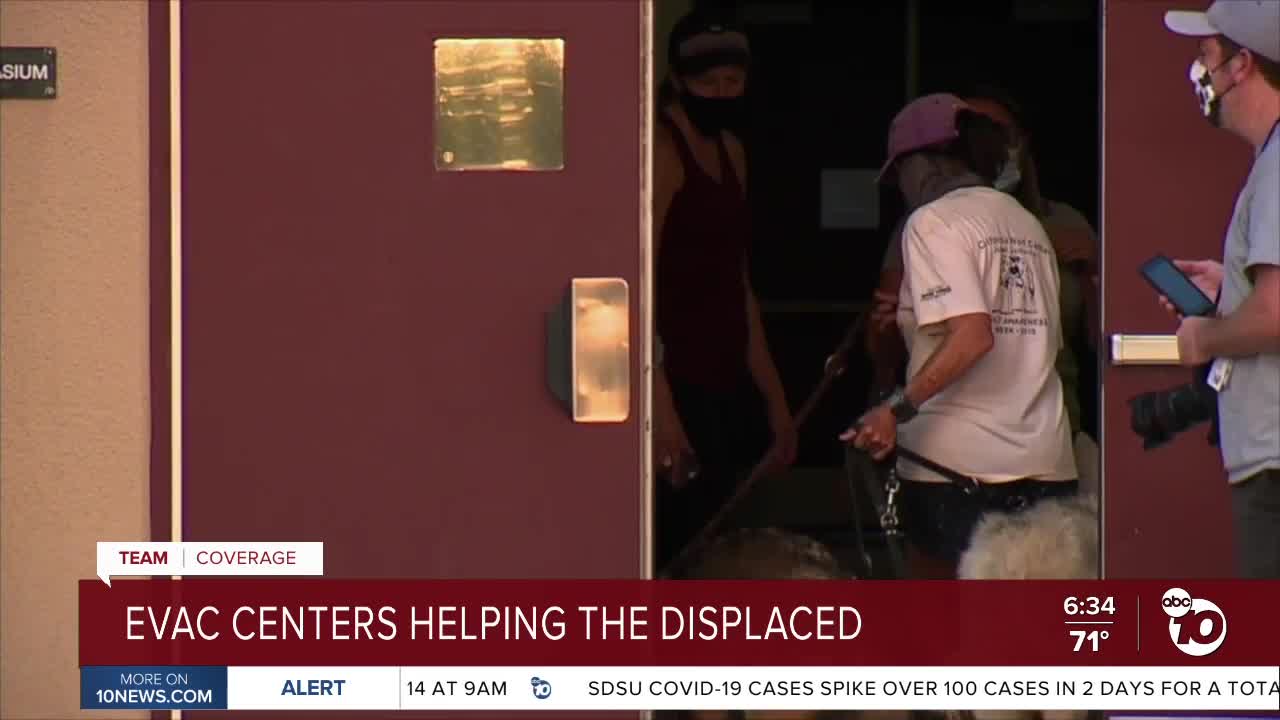 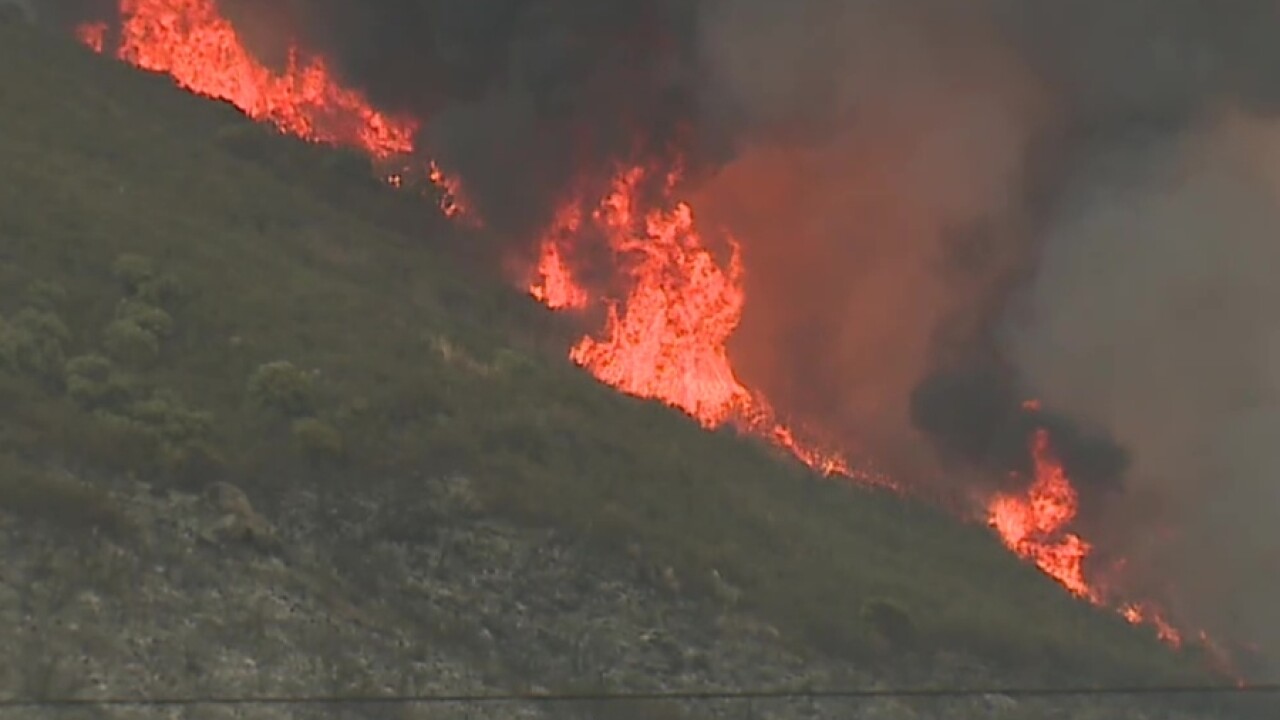 The blaze erupted for unknown reasons early Saturday afternoon off Spirit Trail in Japatul Valley, near Alpine, according to Cal Fire.

The flames had spread over an estimated 17,565 acres and destroyed at least 11 residences and 25 outbuildings Tuesday, the state agency reported. The fire is now 11% contained.

Dry, whipping winds out of the east made efforts to control the blaze, dubbed the Valley Fire, extremely urgent and challenging.

"It's supposed to really kick off this afternoon," Cal Fire Capt. Thomas Shoots said of the dangerously arid, hot, and gusty conditions prevailing in the county.

The fire has resulted in two injuries, officials said. It was not immediately clear if the victims were firefighters or civilians.

The county announced Tuesday that a temporary evacuation shelter at Joan MacQueen Middle School closed due to capacity limits.

The Humane Society also said Tuesday that a new evacuation site was established for horses at the Lakeside Rodeo Arena, located at 12584 Mapleview Street. "Please do not bring horses to any other evacuation sites. They are at capacity. Our Emergency Response Team is standing by to help," the society said.

The Jamul-Dulzura Union School District announced Tuesday that it will remain closed through the end of the week due to the Valley Fire. Due to power outages in the area, the Mountain Empire Unified School District also said it won’t have live online instruction tomorrow, September 9.

#ValleyFire [update] Please see below for the latest update. pic.twitter.com/o9UEDQzPLV

Among the imminently threatened communities in San Diego County were the back-country towns of Carveacre, Lawson Valley, Wood Valley, Lyons Valley and Deerhorn Valley, as well as Sycuan Indian Reservation.

As the inferno spread, Gov. Gavin Newsom declared a state of emergency for San Diego County, freeing up federal relief funds. The San Diego County Pollution Control District issued an alert, stating that air quality levels were unhealthy in parts of the region due to the conflagration. The agency advised people to limit outdoor activities until the smoky conditions dissipate.

The cause of the fire was under investigation.