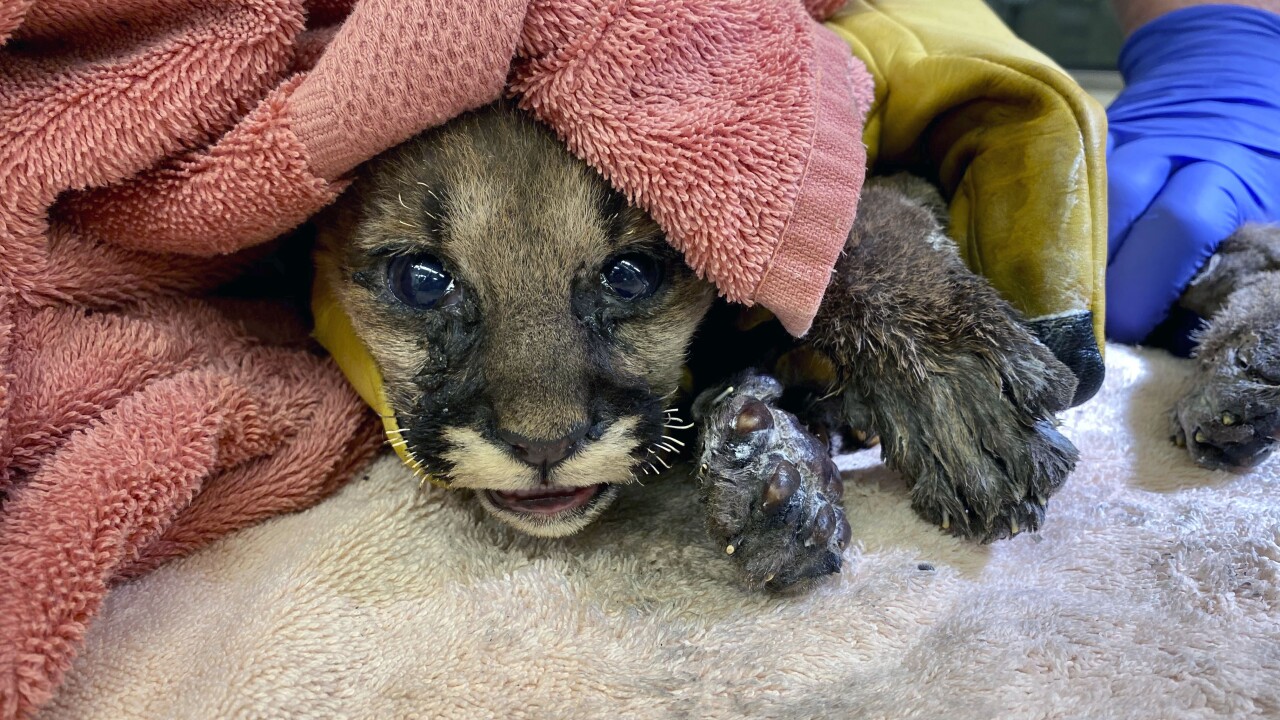 OAKLAND, Calif. (AP) — An orphaned mountain lion cub who was badly burned in a Northern California wildfire is being treated at the Oakland Zoo after being rescued.

The zoo says a firefighter rescued the four- to six-week-old cub Wednesday from the Zogg Fire. The cub, who weighs less than 4 pounds, had his whiskers singed off and his paws badly burned.

He was given antibiotics, pain medications and a milk formula for kittens.

A vet at the zoo says he's eating on his own and acting “feisty," which are both promising signs of recovery.