What you need to know: Californians to vote on proposal to split state in three

A look into the initiative that proposes to split California into 3 new states. Matt Boone reports.

SACRAMENTO, Calif. (KGTV) -- It’s official. Millions of Californians will get their chance this November to vote on whether or not the state should be split into three separate states.

Backers of the proposal, called CAL 3, collected 600,000 signatures to deliver to the office of the California Secretary of State.

Of those signatures, 402,468 were valid. 365,000 were required for the proposal to qualify for the November ballot.

Tens of thousands of San Diegans signed the initiative. A total of 65,805 people in San Diego County signed the document with more than 51,000 signatures being valid.

So what would each state look like? According to information on the state's website, Northern California would be home to 13.3 million people, making it the 5th most populous state in the U.S.

The per capita income would be $63,000, putting it in second place among other states in the nation. 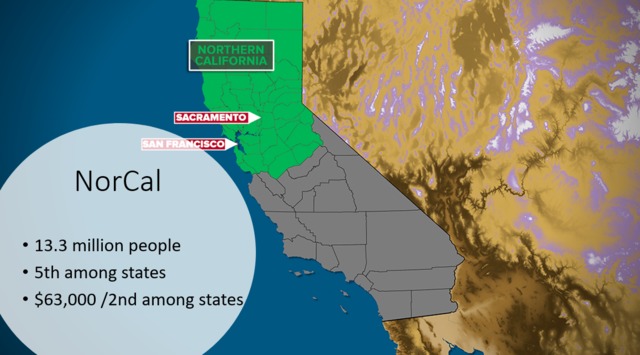 The second state, which would be known only as California, would be home to 13.3 million people, making it the 8th most populous state in the U.S. The per capita income would be $53,000. 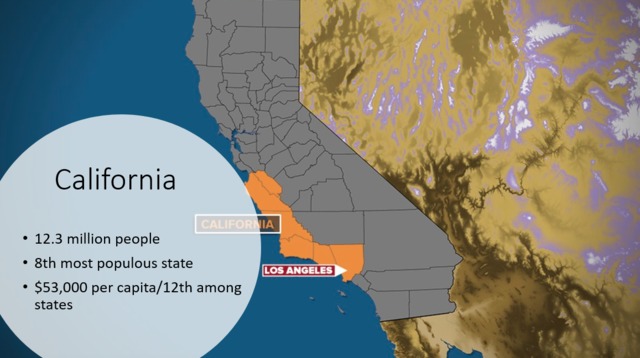 Last, but certainly not least, would be Southern California. SoCal would be the fourth most populous state in the U.S. and the most populated of the three new states, with 13.9 people calling it home.

Those in Southern California would make a per capita income of $45,000, placing it at 30th among all other states. 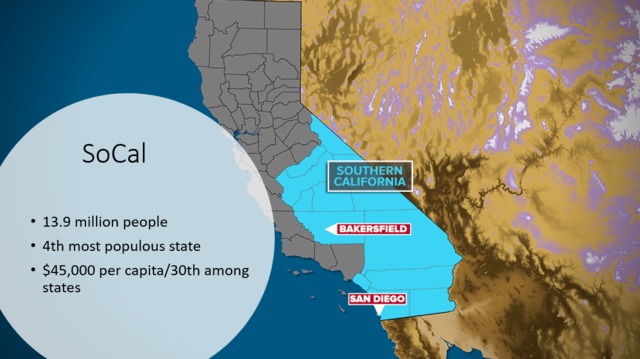 To pass, the proposal needs at least 51 percent of the vote. If passed, the measure would invoke article four, section three of the United States Constitution.

Read the article below:

New States may be admitted by the Congress into this Union; but no new States shall be formed or erected within the Jurisdiction of any other State; nor any State be formed by the Junction of two or more States, or parts of States, without the Consent of the Legislatures of the States concerned as well as of the Congress. The Congress shall have Power to dispose of and make all needful Rules and Regulations respecting the Territory or other Property belonging to the United States; and nothing in this Constitution shall be so construed as to Prejudice any Claims of the United States, or of any particular State.

Throughout the history of the United States, four states were admitted to the union after being split from an existing state.

Those states include Kentucky, Maine, Vermont and West Virginia. The last split, when West Virginia split from Virginia, happened in 1863 during the Civil War.

This also isn’t the first time an attempt has been made to split California. In 1859, the California Legislator, with the approval of voters in Southern California, agreed to separate areas south of the Tehachapi Mountains into a separate territory or state.

Congress never acted on the proposal and it was never implemented.