Before the next El Nino storm: Storm drain fixes 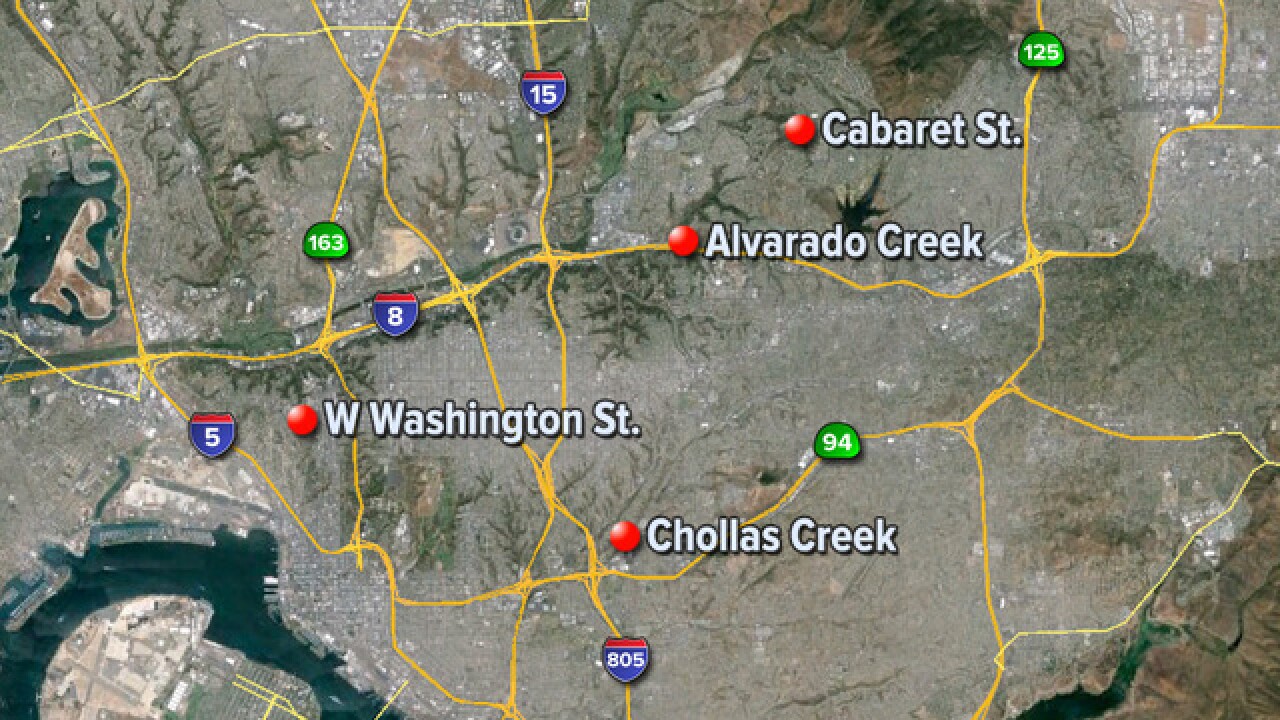 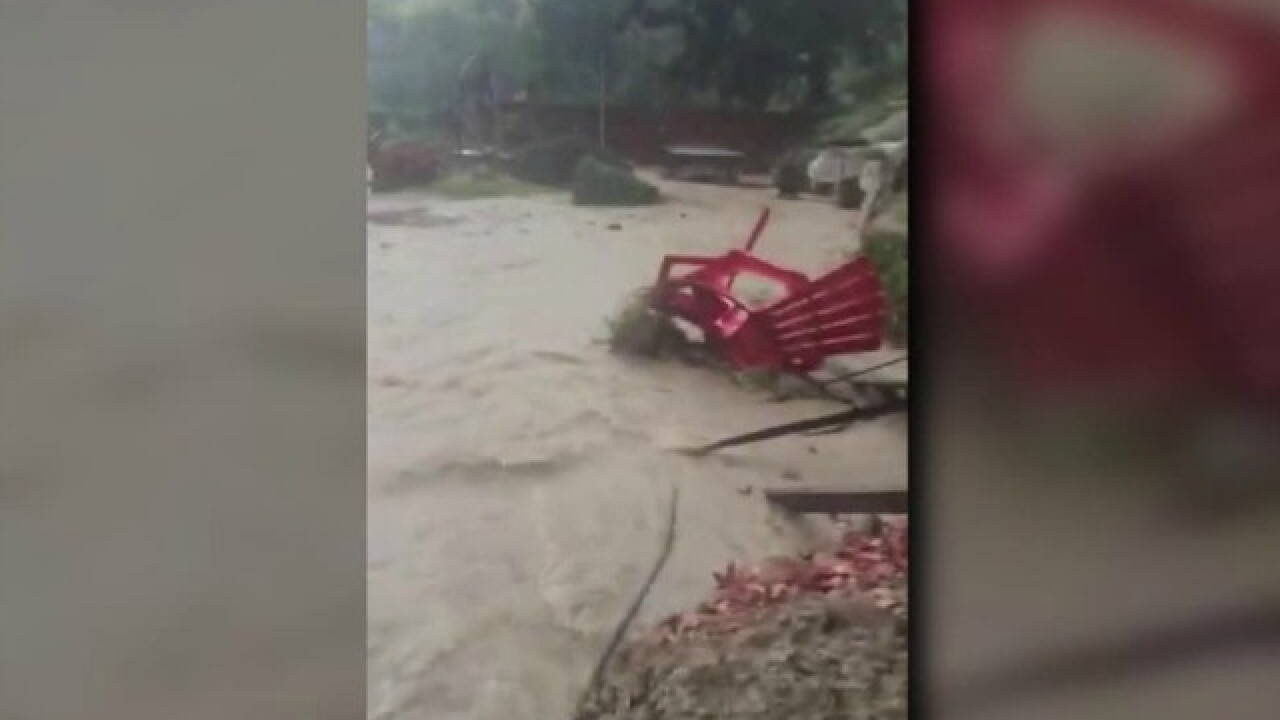 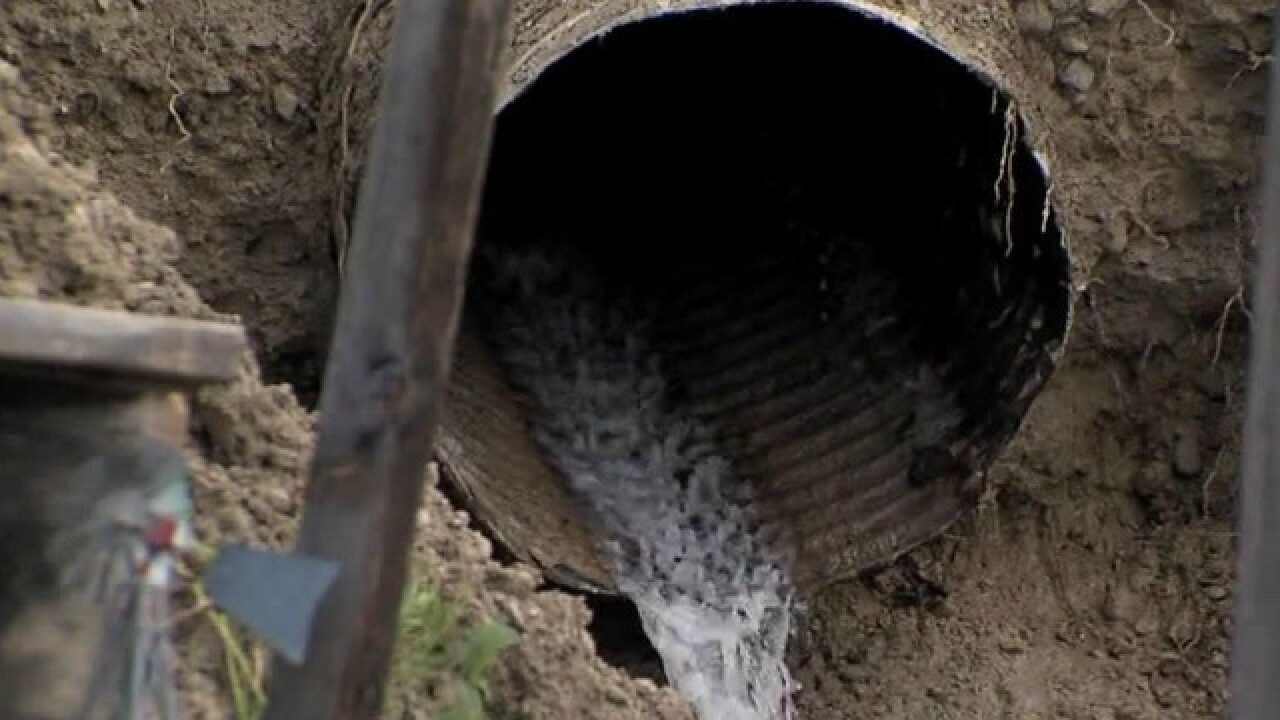 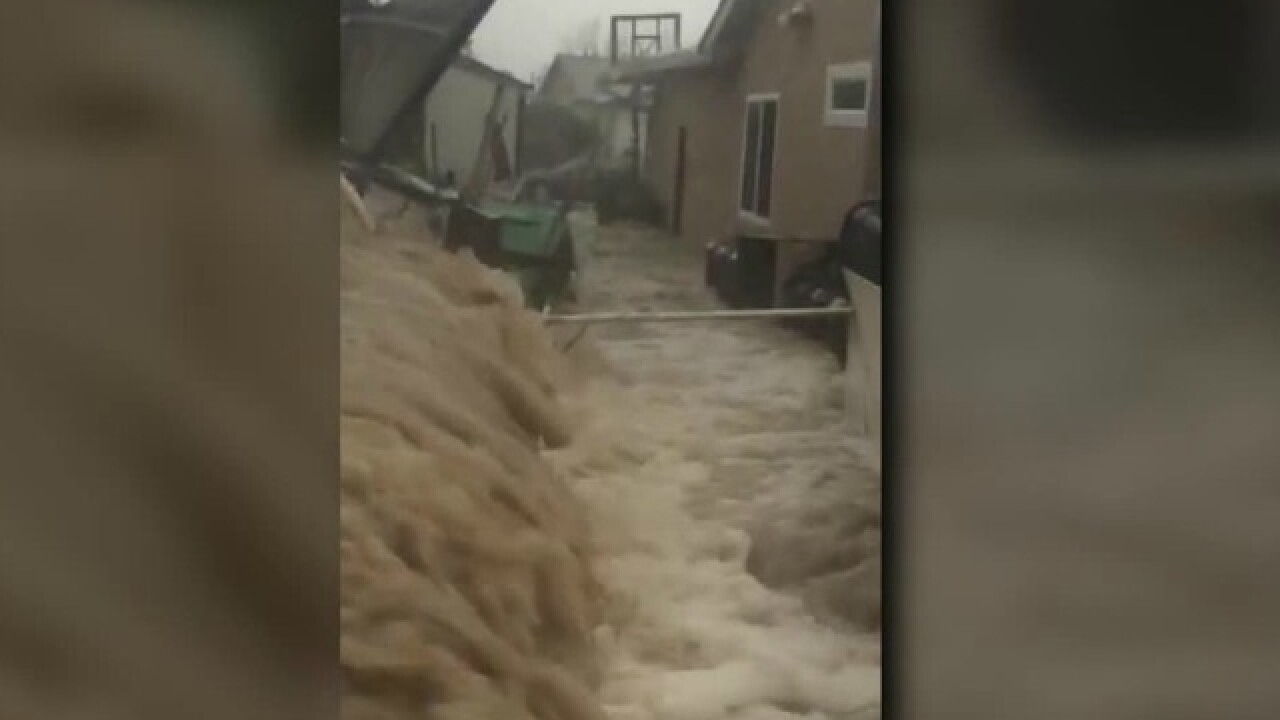 Concerned about flooding in your neighborhood?
Call 619-235-1000 to report a problem.

If you've forgotten, let me refresh your memory.

On Jan. 5, an El Nino storm dumped nearly an inch of rain -- 93 hundredths of an inch to be exact -- on San Diego in less than an hour.

The downpour was part of a series of storms that caused pipes to burst and storm drains to overflow. Homes and businesses succumbed to severe damage and the rain wreaked havoc on roadways.

After the storm, we asked our viewers which areas they want to see the city work on the most. We then set out on a mission to find out if progress is being made, focusing on the following trouble spots:

The massive amount of water that fell the first week of January caused a city pipe to burst, rerouting the rain straight into homes along Cabaret Street in San Carlos.

"So much water came pouring out from that broken pipe that it knocked the barrier off," said homeowner Karl Mertins. "Sent all this rock and debris this way."

The video tells the story -- it shows massive, uncontrollable river of water:

Residents say they noticed a crack in the pipe and asked the city to fix it last November. They showed 10News a service order number from the city and said city crews came to the site, but never made repairs.

Following the storm and destruction, the city replaced the pipe.

City spokesperson Bill Harris told 10News corrugated metal pipes, like the pipe that broke in San Carlos, have proven to be problematic.

"We use that in areas that are on slopes," said Harris. "We used it because it was lightweight and convenient."

He went on to explain that those particular pipes do not have the lifetime the city anticipated.

"So we have to go out and we've already identified where those corrugated metal pipes are."

He said the city has a plan in place to replace 26 miles of pipeline.

"We're taking a good hard look now because of the unfortunate incidents we had at the beginning of the year where one of them did break," Harris said.

Some solutions include using concrete reinforced pipes and increasing the pipe size to handle increased volume as infill development continues in the city.

Arguably the worst street flooding occurred in Mission Hills during the afternoon deluge on Jan. 5.

Water poured into businesses like Floyd's 99 Barber and ProfessioNail on Washington Street. Traffic came to a stop between Goldfinch Street and Albatross Drive.

Every time a car attempted to drive through the street, a wave of water came crashing into the glass and straight through a line of sandbags into shops with customers inside.

The city told 10News that improperly stored garbage cans got carried away by the rain and clogged storm drains. They also attributed the flooding to the pure volume of rain.

Christina Adams, who manages Floyd's 99 Barbershop, told a different story. She claimed Burtech Pipeline blocked off the drain outside her shop as they did work on Washington Street.

"So it's a small drain to begin with, but it was blocked with one of those yellow barriers here, two yellow barriers the long way and then another one at the very end," Adams explained. "Inside of it was probably 20-30 sandbags and stuffed inside of there was kind of a black fabric that's meant to actually filter any debris, and on top of that was a very large plastic tarp."

She said the black tarp got sucked into the drain, preventing any water from draining. She went on to explain that shop owners ended up pulling the tarp out by hand to relieve the flooding.

Harris told 10News that contractors must seal off the storm drains before any work gets underway to make sure debris from construction doesn't get in them.

We asked why the barriers weren't removed before the rain event.

"In almost every instance they have been moved," Harris explained. "That was a giant storm so it may be that what people thought happened may not have been exactly what went on. We'd have to look into each and every individual report."

We had viewers tell us they were concerned about flooding along Chollas Creek.

"It is one of the most heavily impacted urban creekways in San Diego, and there is development right up to the banks," said Harris. "Another thing about that place is that the tides come out of San Diego Bay. If you get a lot of rain to the east and a high tide at the mouth of the bay, that water gets caught right in the middle and it can come right up to the edge of the channel."

When we drove into the neighborhood, many people stopped us to share their concerns and talk about how close the water came to their homes in early January.

"I was looking through the window and then this entire area right there was soaked and you could see water spilling onto the sidewalk. Then we got more water coming in the grass here," said Arias Rivera.

Rivera and others said the water came feet from their home and they fear next time it will creep up even closer.

City crews are trying to prevent that.

"So what we do is we get in as often as we can and we pull out palm trees," said Harris. "They're not supposed to be growing in those river channels. We pull out all kinds of invasive species, trash, debris."

The city has crews clearing storm drains and channels seven days a week.

Channels like Alvarado Creek lost concrete and there was erosion during the storms. Finding, assessing and repairing such damage is an ongoing process.

HOW TO REDUCE THE RISK OF FLOODING

There are steps we can all take to help reduce the risk of flooding.

You want to make sure you clear anything that could clog a drain when water starts running, such as trimmings from landscaping, trash in your yard and even something as simple as a toy or basketball. Basically, if water could carry it away, it could clog a drain.

You also want to be sure you're keeping your garbage cans far enough from the curb to let water run behind them, instead of sending them down the street and toward a drain.