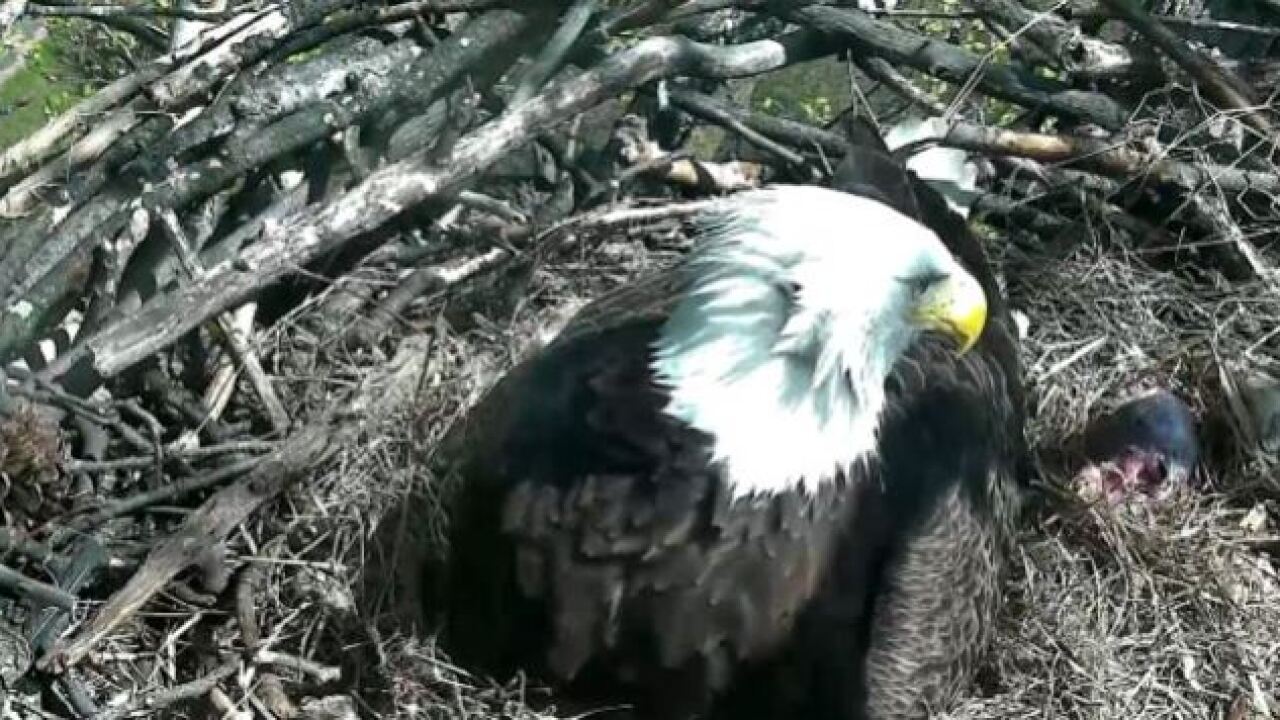 By: Associated Press, 10News Digital Team
Posted at 9:40 AM, Mar 18, 2016
WATCH LIVE CAM HERE
WASHINGTON – A baby eaglet was born Friday morning at the nest of a pair of bald eagles in Washington.
The American Eagle Foundation confirmed a small crack in one of the eggs Wednesday night.
This crack is considered to be a "pip" once the eaglet has fully punctured the egg shell. According to ABC7, the baby eaglet was born at 5:27 a.m. Pacific time.
The foundation launched the live streaming Bald Eagle Nest Cam after the eagles --nicknamed "Mr. President" and "The First Lady" -- laid two eggs last month. The first was laid Feb. 10 and the second on Valentine's Day. The second egg has not hatched yet.
The foundation says the eagles have been nesting at the U.S. National Arboretum since October 2014 and raised one eaglet last summer.
AP Modified 2016