Video showing Customs and Border Protection agents detaining a mother of three in National City has sparked outrage in the community. Border Patrol has accused the woman of running a smuggling operation. 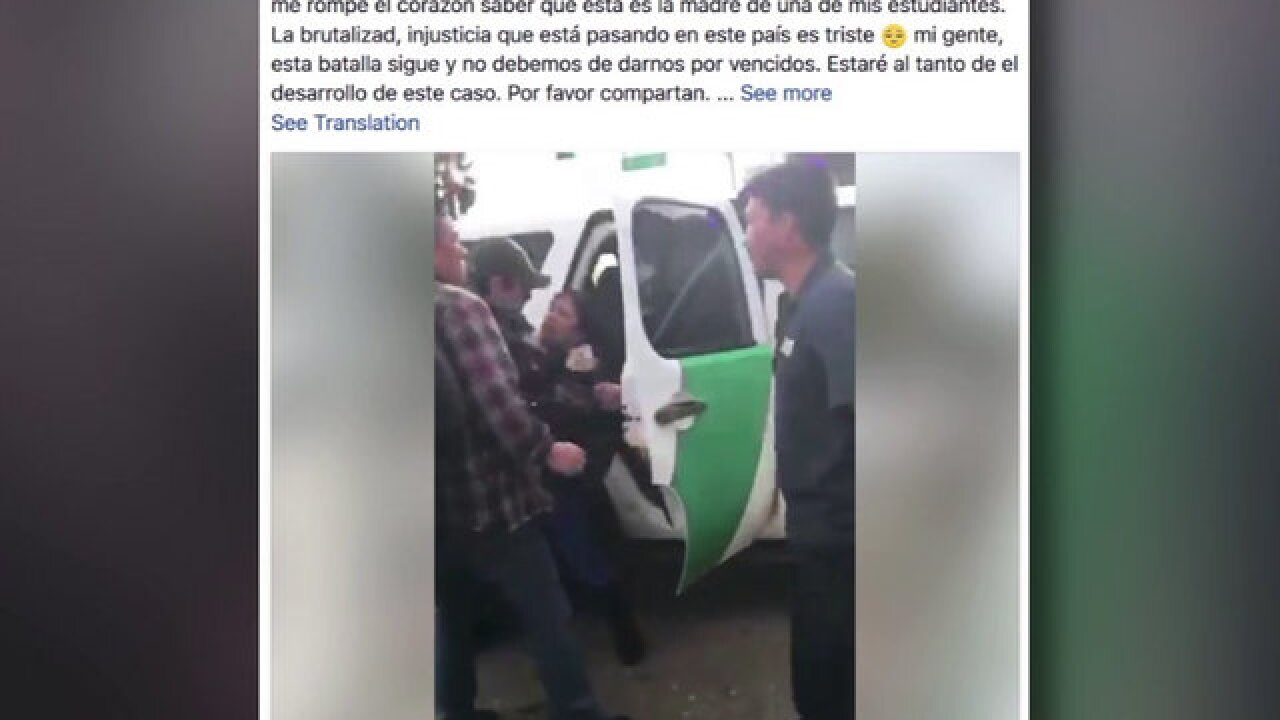 The video, which began making the rounds on social media on Thursday, shows Perla Morales-Luna screaming as agents took her into custody on March 3.

Supporters of Luna said agents were aggressive as they arrested her, taking her to a Border Patrol vehicle as her three children watched and cried out for her. A witness said agents were dressed in civilian clothing and not displaying badges as they were "literally dragging the mom away."

In response to the video, CBP officials said Luna was detained due to accusations that she runs a criminal smuggling organization in the East county.

Officials also said Luna is in the U.S. illegally and is expected to be deported.

Perla Morales-Luna was identified as an organizer for a transnational criminal smuggling organization operating in East County, San Diego. She was arrested as a result of a targeted operation on March 3, 2018, in National City for being in the country illegally.