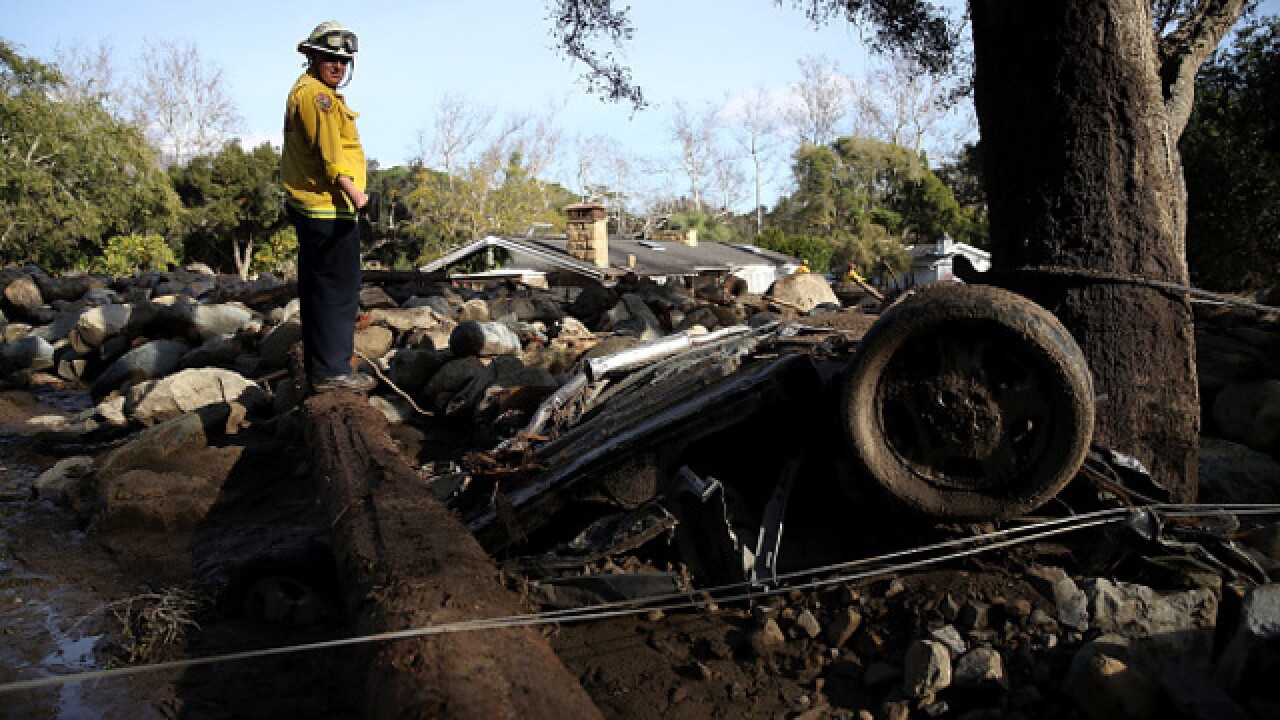 LOS ANGELES (AP) — A California utility facing a slew of lawsuits over a deadly Southern California wildfire sued Santa Barbara County and the state's transportation department on Friday, saying they neglected to prepare for deadly mudslides that followed the blaze.

Southern California Edison filed the action against the county and Caltrans over mudslides that killed 23 people and destroyed hundreds of homes in the community of Montecito last year.

The county and other officials knew debris flows were common in the area and that "such an event would inevitably reoccur," according to the lawsuit.

"Much of the harm arising from the Montecito mudslides was caused by the negligent acts and omissions of the public entities entrusted with the safety and care of the populations they serve," the lawsuit said. "Most of the injuries and fatalities caused by the Montecito mudslides, as well as much of the property that was lost in the debris flows, could have been avoided or significantly reduced had (they) acted reasonably and with due care."

More than 75 lawsuits have been filed against Edison alleging that the Montecito mudslides were caused by the Thomas Fire, and that the blaze was caused by Edison. The fire killed two people and destroyed more than 1,000 buildings. A downpour on mountains denuded by the fire unleashed the ensuing mudslides.

In filing its lawsuit against the public agencies, Edison wants them to share costs if the utility is found liable for the mudslides.

"The Montecito mudslides are another tragic reminder that we all — city, state and local governments, firefighting agencies, public and private energy utilities, state and federal forestry management — need to come together to develop a comprehensive set of solutions to address California's climate change-driven challenges," Edison said in a statement.