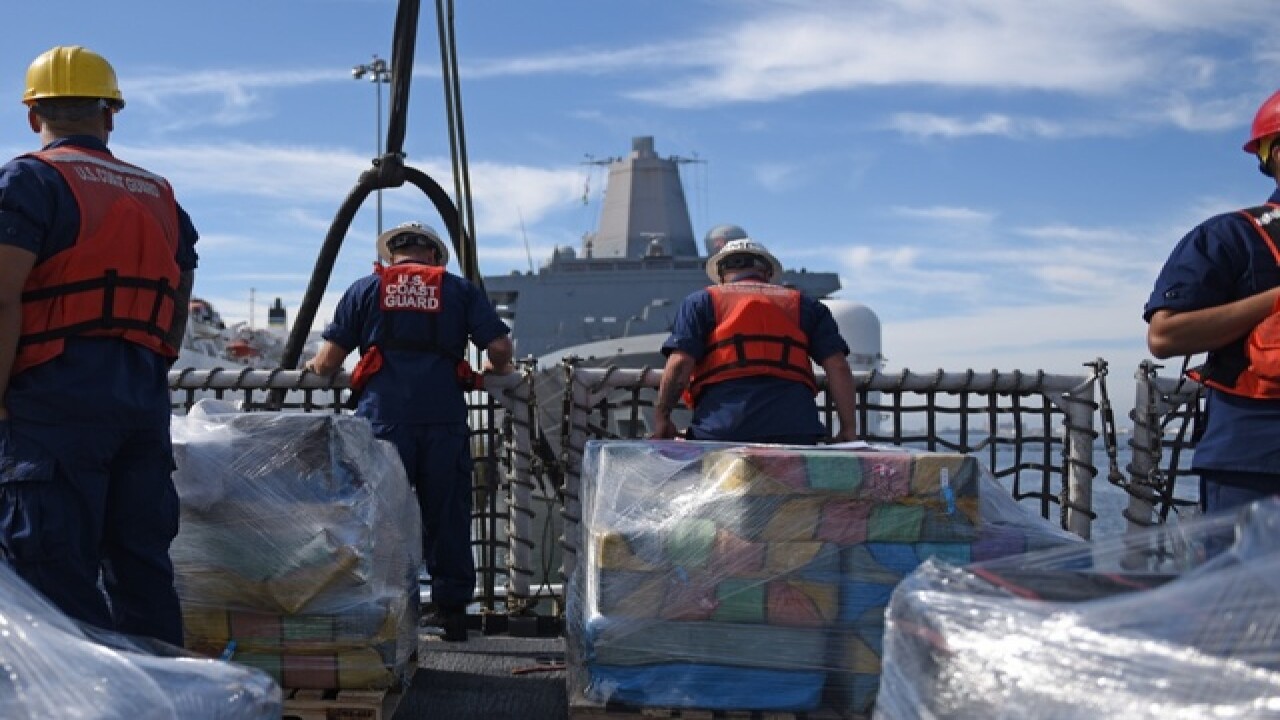 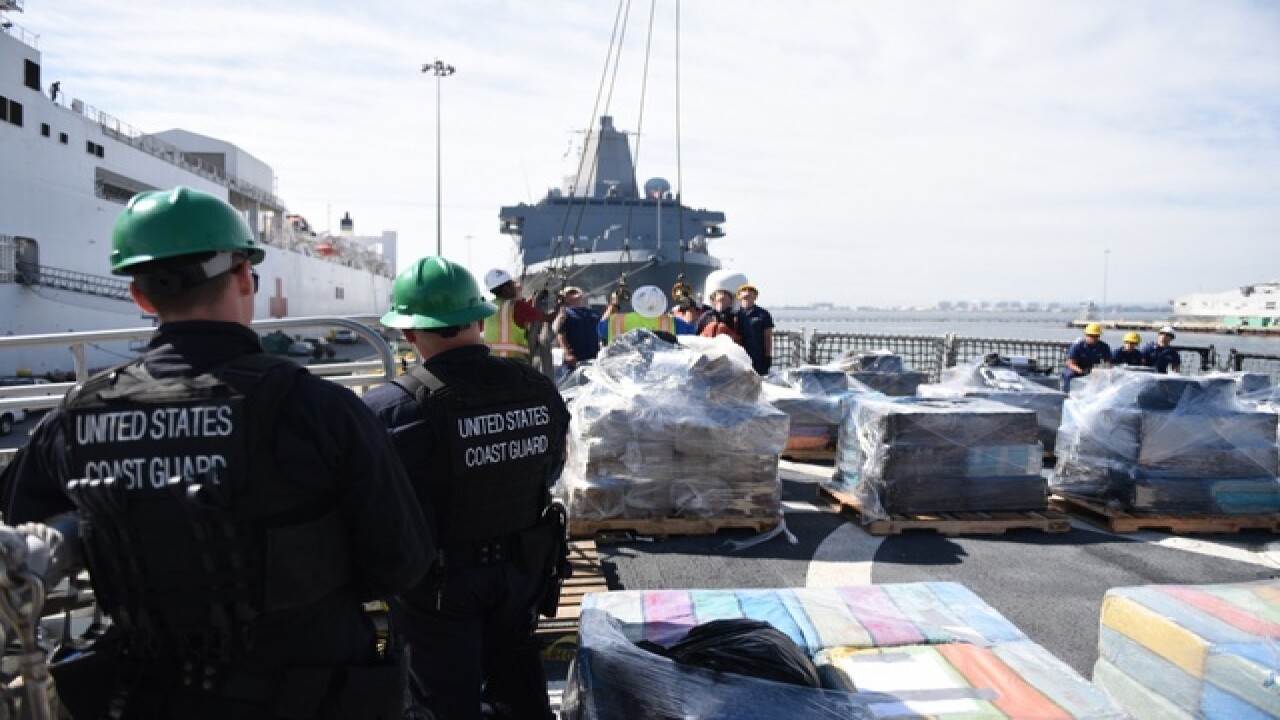 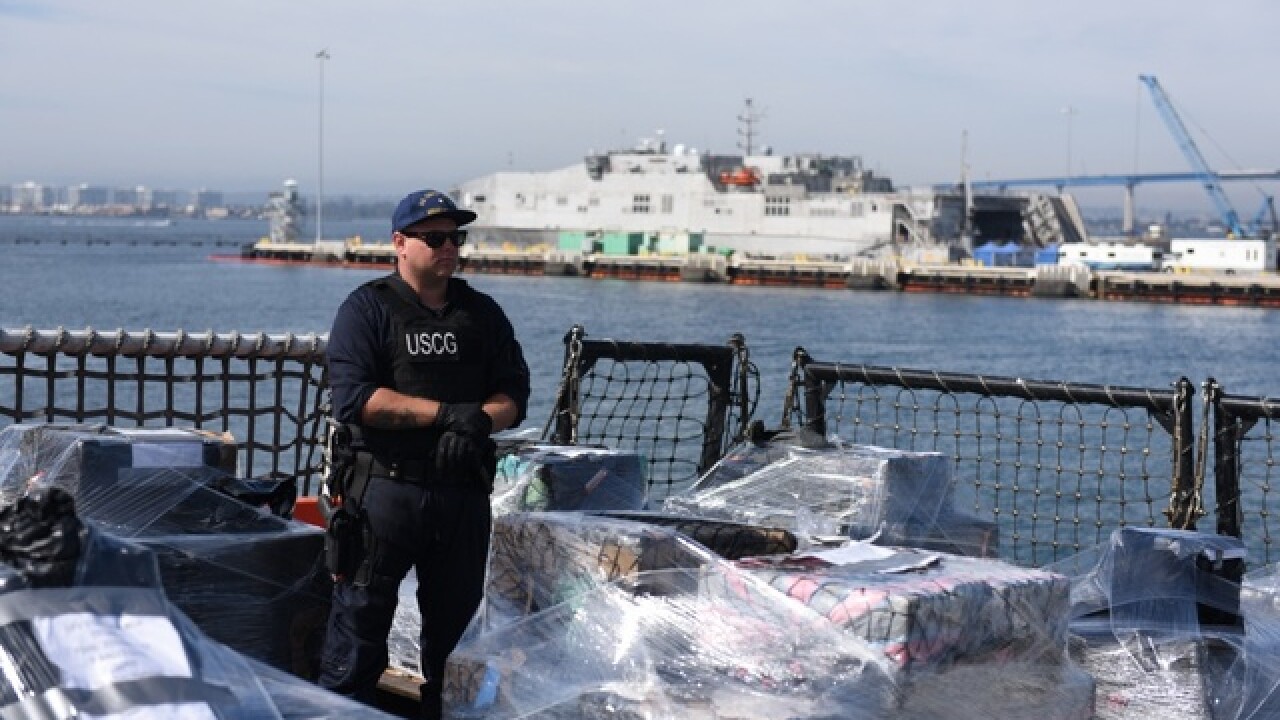 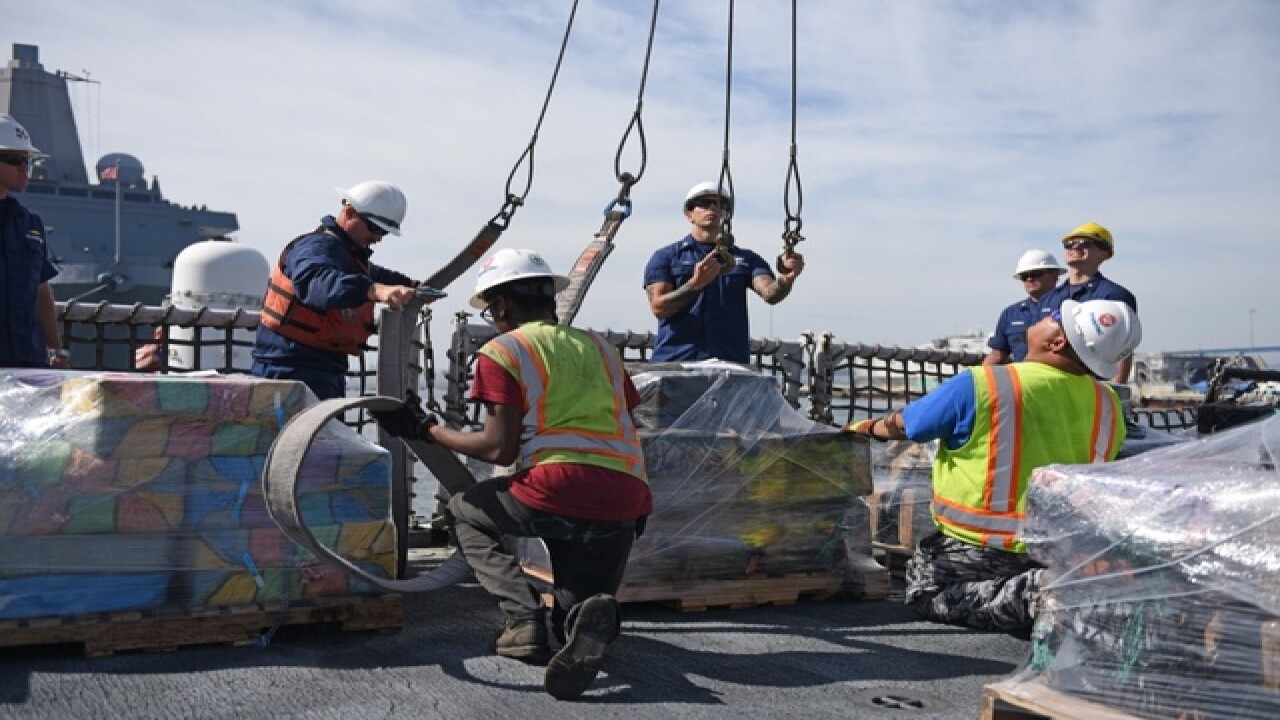 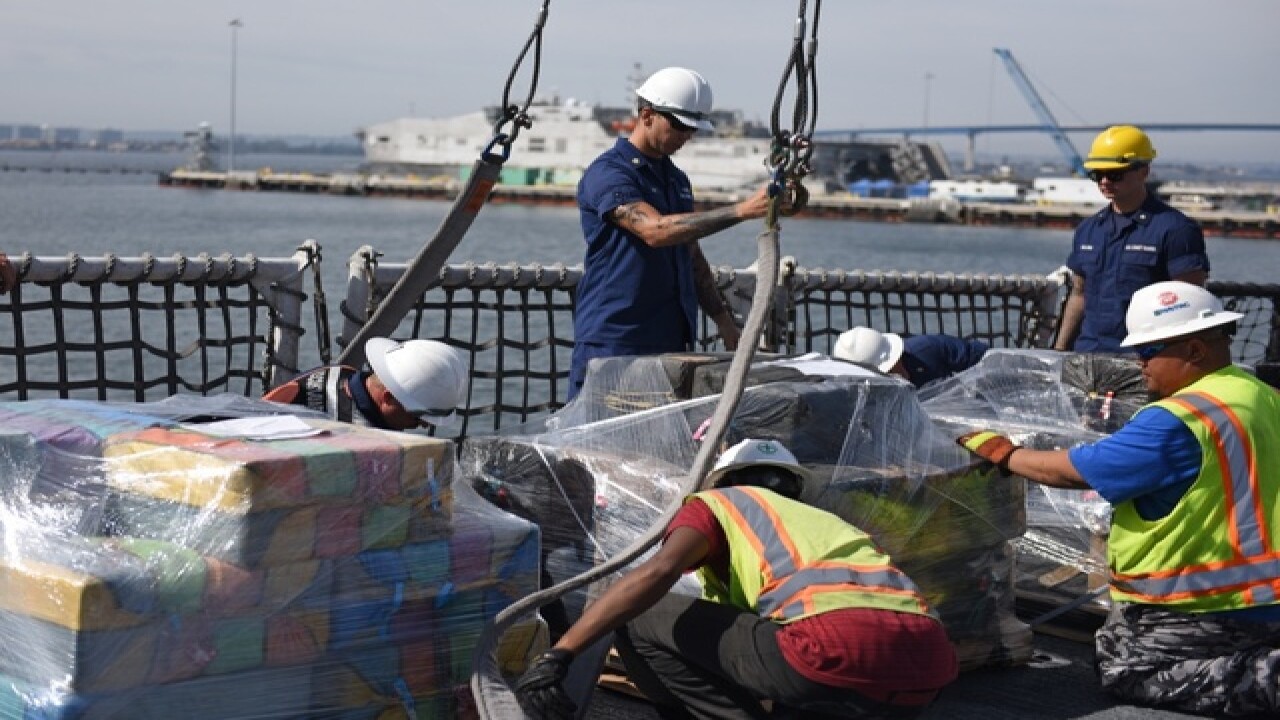 SAN DIEGO - More than 13 tons of cocaine was dropped off at Naval Base San Diego Friday.

The crew of the U.S. Coast Guard Cutter Midgett offloaded the drugs, which were seized in the eastern Pacific Ocean by five different Coast Guard ships between mid-November 2016 and through January 2017.

The load represents about 21 separate interceptions of drug-smuggling vessels by Coast Guard crews from the Sherman, Tahoma, Midgett, Diligence and Mellon.

"Criminal and terrorist networks operating in the region, often with direct nexus to the United States, pose a direct threat to citizen safety in the Nation and throughout the Western Hemisphere," Coast Guard Commandant Adm. Paul Zukunft said. "Many of these networked groups use maritime means to exploit widespread corruption, underfunded government security efforts, and the region’s role as a global transit zone for illicit movements of people, drugs, and contraband."

During the 2016 fiscal year, the U.S. Coast Guard seized more than 416,600 pounds of cocaine and took 585 suspected drug-smugglers into custody from the eastern Pacific Ocean.