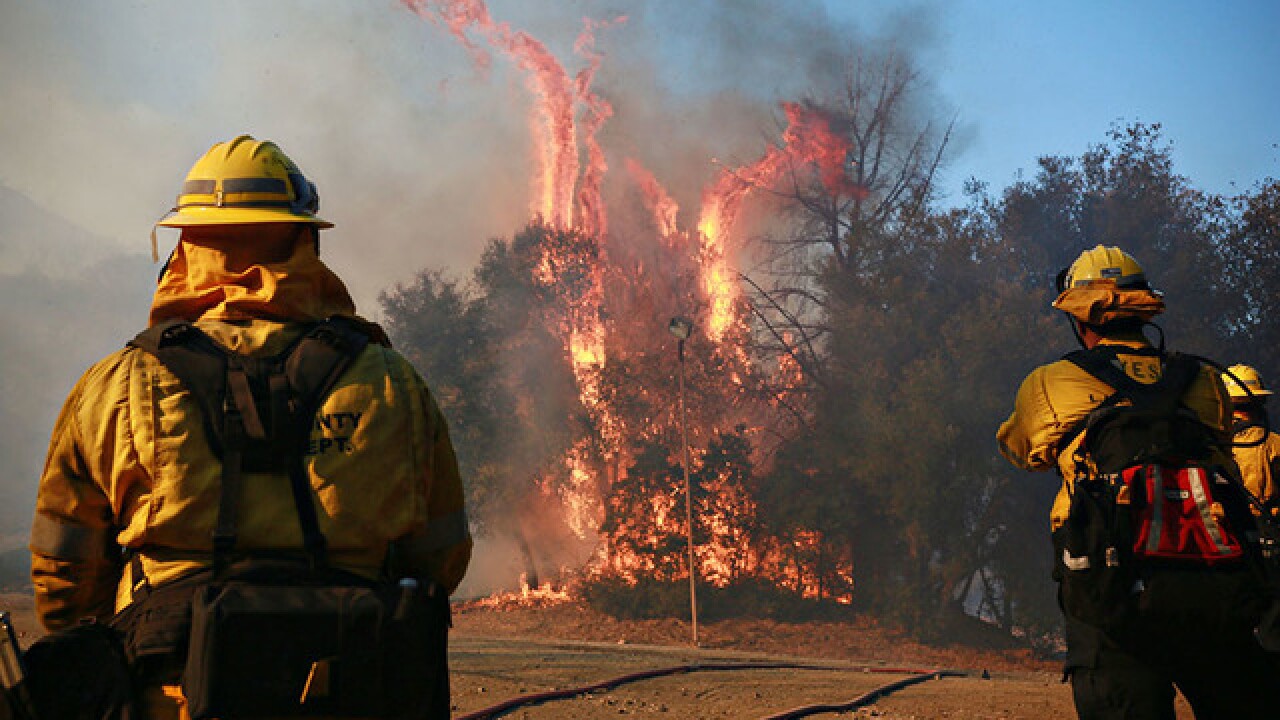 Copyright Getty Images
Sandy Huffaker
<p>MALIBU, CA - NOVEMBER 11: Firefighters battle a blaze at the Salvation Army Camp on November 10, 2018 in Malibu, California. The Woolsey fire has burned over 70,000 acres and has reached the Pacific Coast at Malibu as it continues grow. (Photo by Sandy Huffaker/Getty Images)</p> 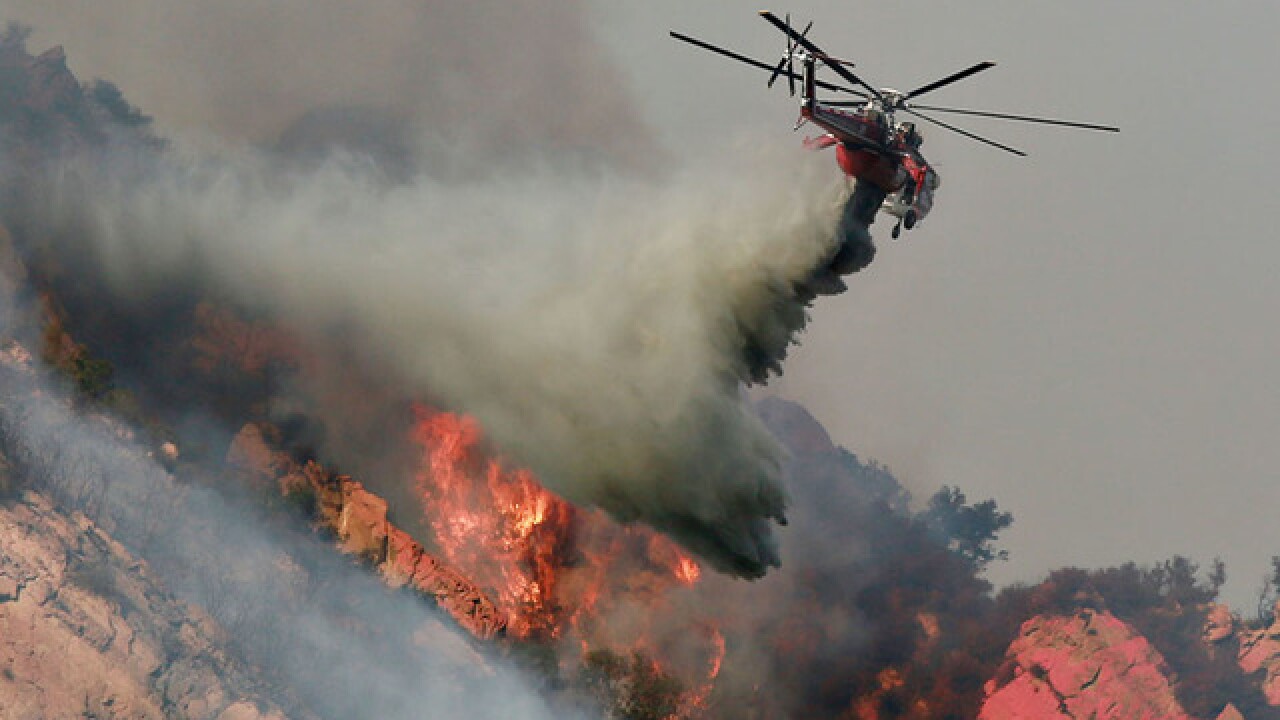 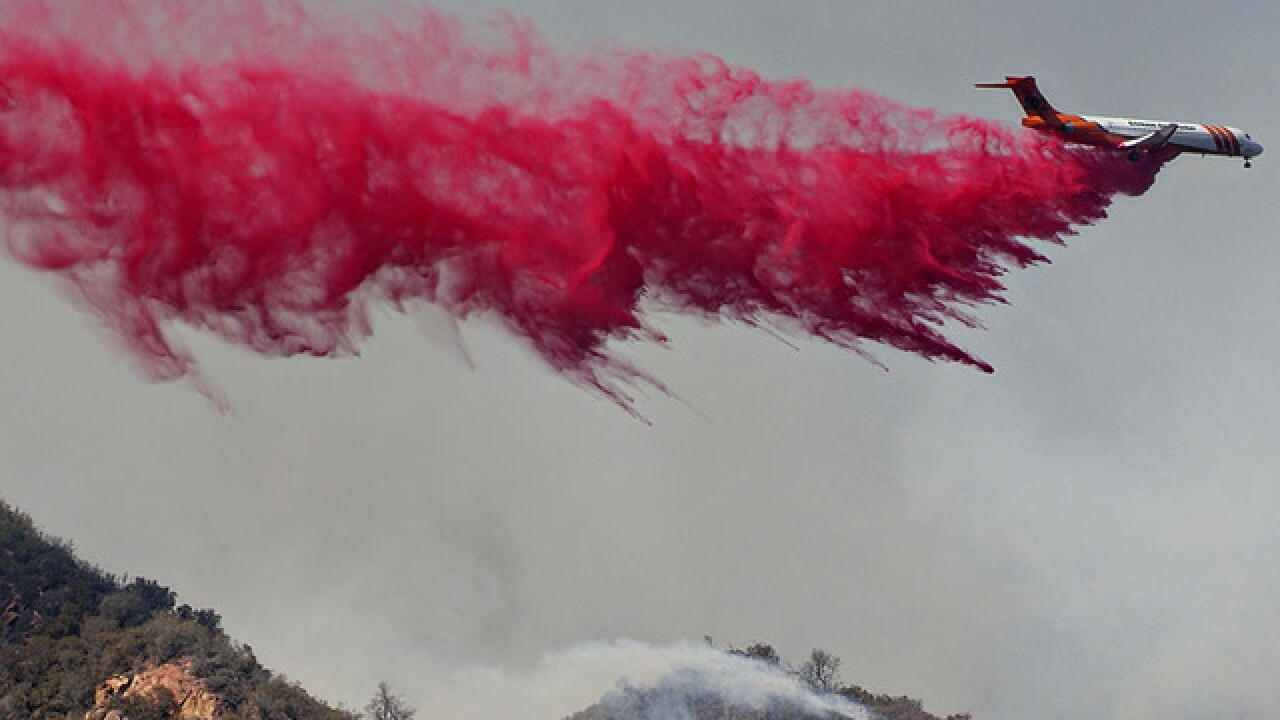 MALIBU, Calif. (CNS) - Fire crews will again confront strong Santa Ana winds Wednesday amid gusts of up to 40 miles per hour as they battle the deadly Woolsey Fire, which has burned 97,620 acres, destroyed 453 structures, threatened another 57,000, forced the evacuation of more than 265,000 people in Los Angeles and Ventura counties and is 47 percent contained, with full containment expected Sunday.

Significant progress was made in some areas of the firefight, and evacuation orders were lifted Tuesday in multiple areas:

-- Hidden Hills was fully reopened, including all residences within the city limits. The area includes the area west of Valley Circle Boulevard, east of Crummer Canyon Road, and north of the Ventura (101) Freeway to the northern city limits.
-- All Calabasas evacuation orders were lifted with the exception of homes south of Mulholland Highway.
-- In Westlake Village, the area was opened from the city limit on the west, from the intersection of Westlake Boulevard and Sycamore Canyon Drive north to the boundaries of Ventura County and city of Agoura Hills.
-- Agoura Hills reopened its impacted areas from: Chesebro Road on the eastern border, and Agoura Road (north and south sides of the road) from Chesebro Road to the west.
-- the northern section of the unincorporated Topanga area, including neighborhoods north of Viewridge Road, south of the Los Angeles city limits, east of Topanga Canyon Boulevard and west of Double Ranch Road or Santa Maria Road
-- Agoura Hills neighborhoods south of Agoura Road, east of Cornell Road, west of Las Virgenes Road and north of Mulholland Highway, though power may still be out
-- the eastern section of Malibu, including neighborhoods west of Coastline Drive; east of Carbon Mesa Road and from the ocean to the city limits.

Members of the public can determine if their property is in an area that has been re-populated by clicking here.

"We're doing a lot of air drops but it's not safe for our firefighters to go in there," he said. "Our concern is that when the wind shifts (likely on Thursday) ... that fire does not blow out of there and then creep over to the south side of Malibu or into Topanga Canyon.

"When it's safe to let people come back home, we will."

A meeting Tuesday night at Santa Monica High School's Barnum Hall began with cheers for first responders, but was quickly followed by some residents walking out because they felt their concerns were not being addressed, KCAL9 in Los Angeles reported.

"They were not prepared, the fire department was not prepared," said 45-year Malibu resident Forrest Stuart told KCAL9. "My house was saved by my next door neighbor who is an 85-year-old retired, decorated fire chief. He and his wife are 85 and they stood there all night and knocked away embers that hit my house. I'm pretty angry about it."

Evacuee Marybeth Massett told KCAL9: "My family is OK, we lost our home. It's just sad, feelings of frustration are normal. I have the deepest respect for our first responders who do heroes work all the time and, unfortunately, they couldn't be everywhere at once."

The continuing danger prompted Los Angeles County officials to re- issue a warning to residents in evacuated areas to stay away until conditions are deemed safe.

Malibu City Councilman Skylar Peak has asked people to refrain from attempting to get back into Malibu by boat.

The sheriff's department has repeatedly tried to reassure residents that their homes would be safe from looters, with more than 600 deputies on 12- hour rotational shifts.

Two people who died in the fire were found Friday inside a burned vehicle in a long driveway in the 33000 block of Mulholland Highway.

Some 3,592 firefighters were assigned to battle the blaze, while, 22 helicopters worked from above, officials said. A total of 619 engines, 48 water tenders, 23 bulldozers and 57 hand crews were sent into the battle, Cal Fire reported. Crews from other areas, including Orange County and Arizona, also sent firefighters and equipment to aid the battle.

Three firefighters have been injured battling the Woolsey Fire.

In Malibu, Pepperdine University said the school's Malibu and Calabasas campuses would remain closed through Thanksgiving. All Malibu schools in the Santa Monica Malibu Unified School District will remain closed until at least Thursday, the district announced. City officials said there will likely be intermittent power outages due to weather and fire conditions.

Los Angeles Unified School District officials said Topanga Elementary Charter School will be closed again Wednesday, and will likely remain closed "until roadways around the school are reopened and the school is no longer within an evacuation zone."

The campus is normally used as a drop-off/pick-up site for students from Paul Revere Charter Middle School, but that site has been temporarily moved to Hughes Adult Learning Center, 5607 Capistrano Ave., Woodland Hills.

Fire information for Los Angeles County can be found at www.lacounty.gov/woolseyfire. Malibu also has established a website to update fire information at www.malibucity.org/woolsey.