Husband-wife attackers had thousands of bullets 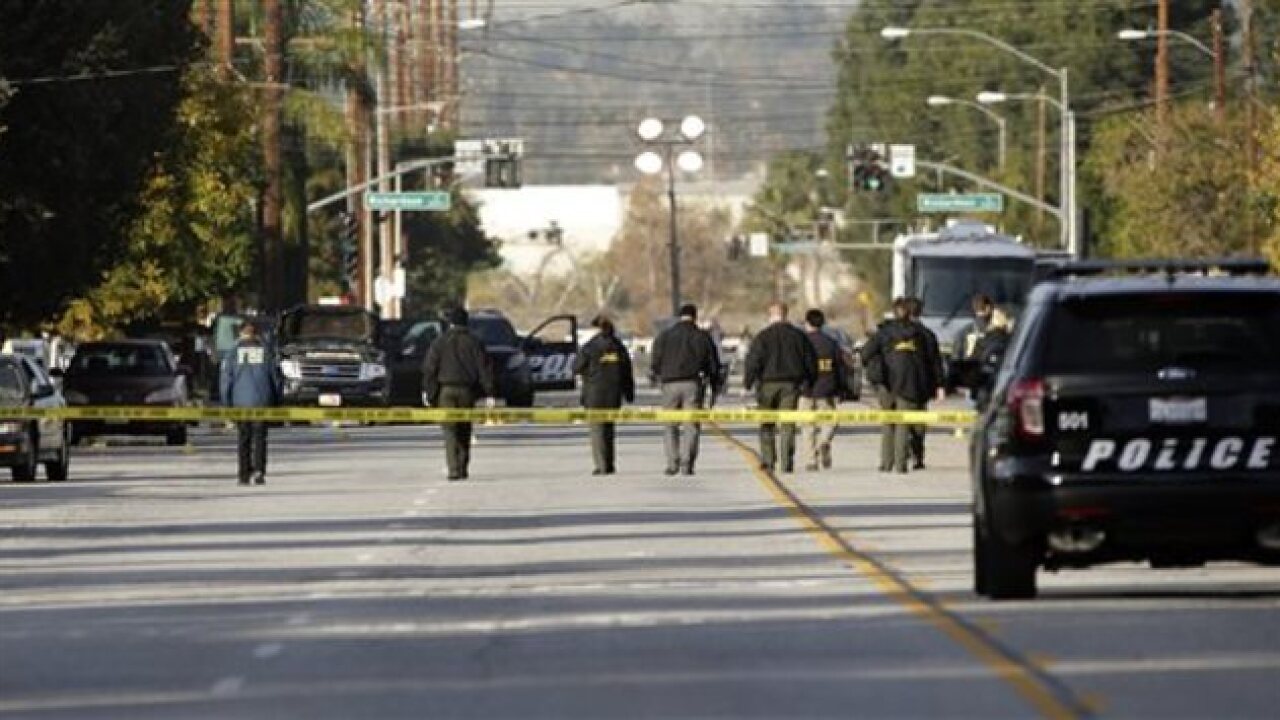 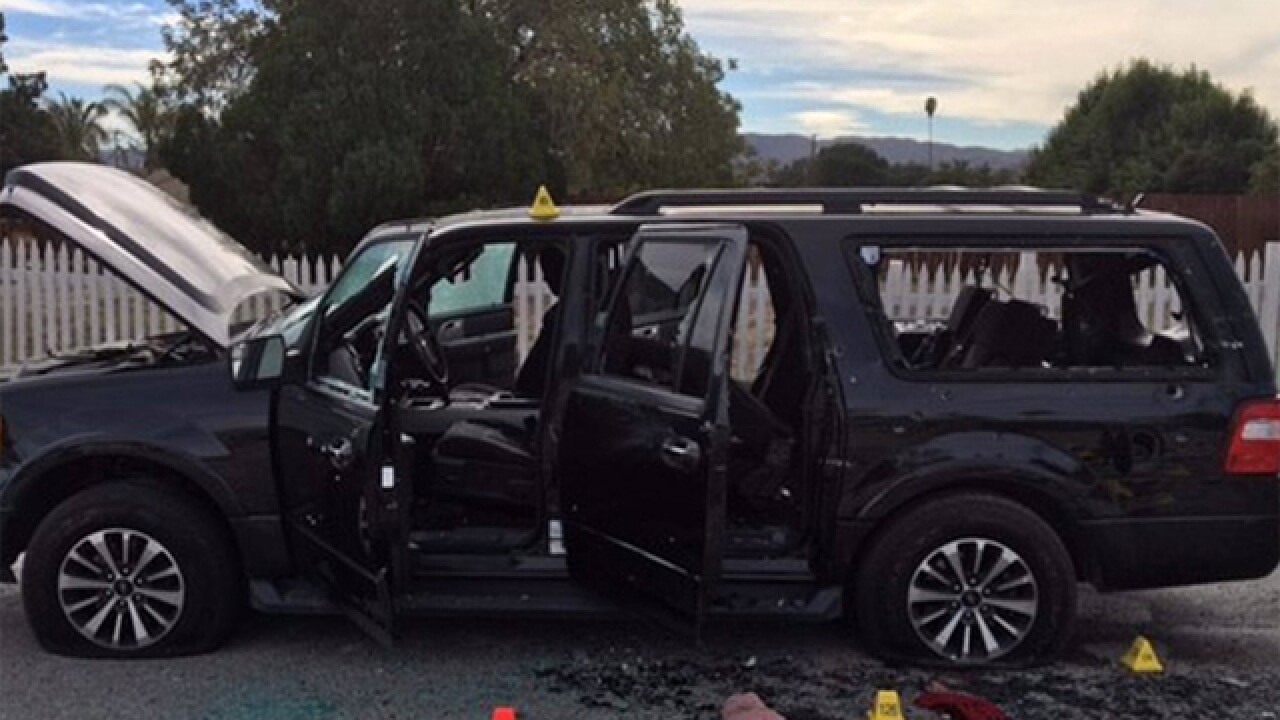 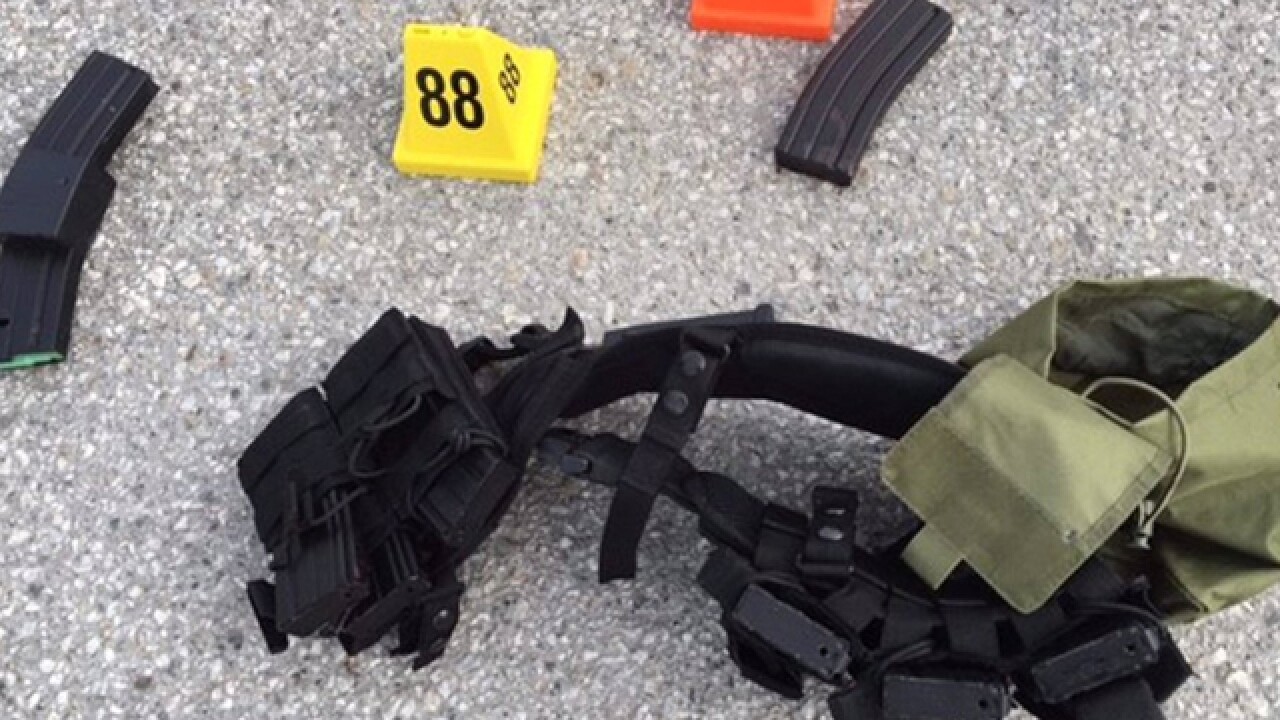 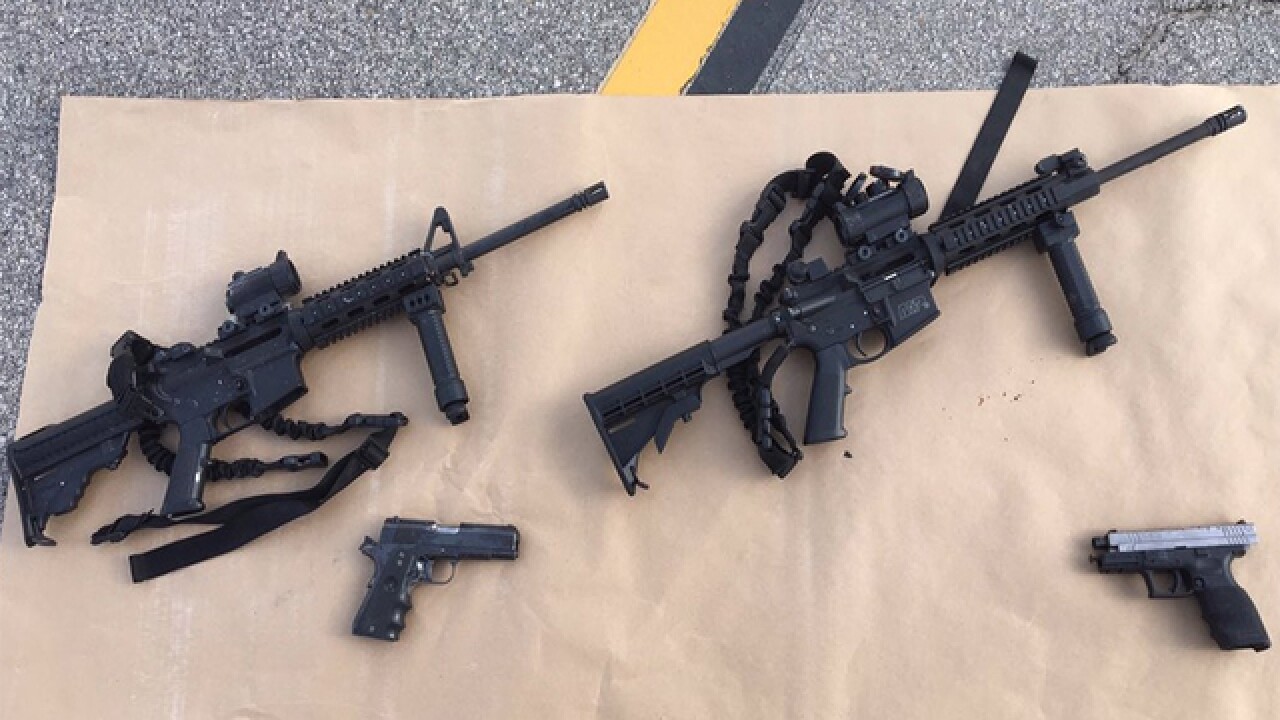 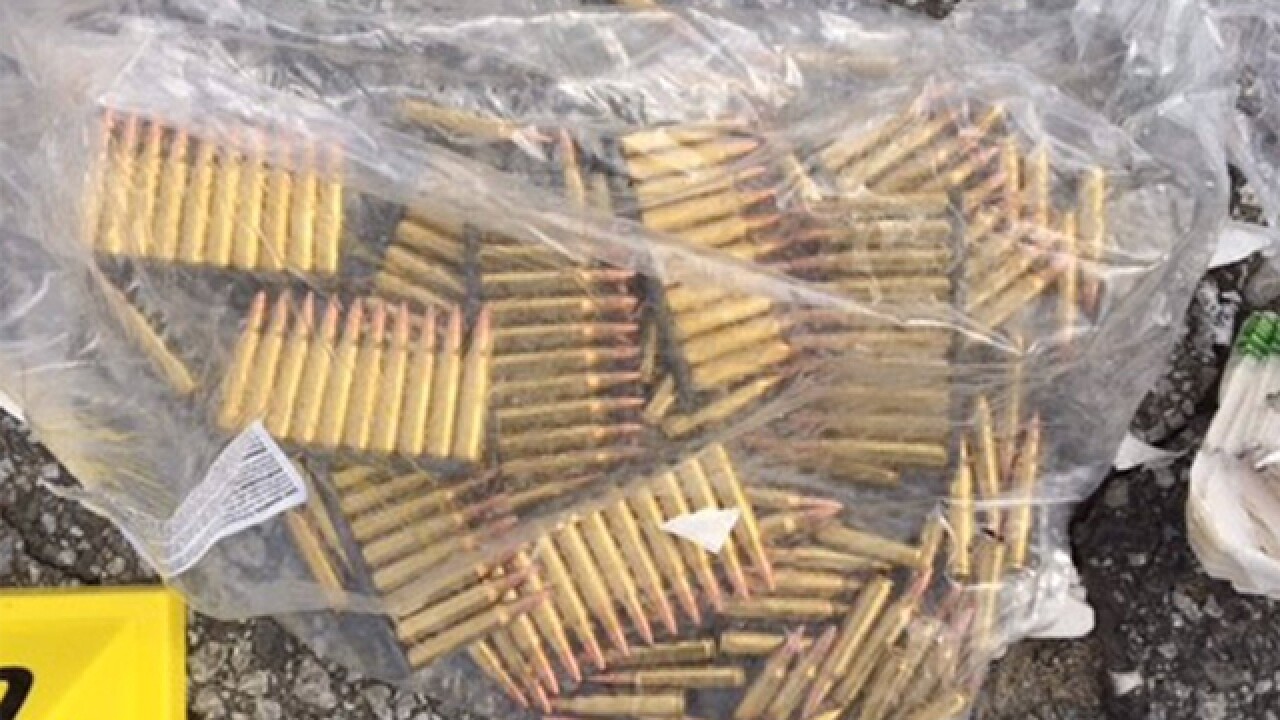 SAN BERNARDINO, Calif. -- The husband-and-wife attackers who slaughtered 14 people at an employee banquet fired as many as 75 rifle rounds in the assault, left behind three rigged-together pipe bombs with a remote-control device that apparently malfunctioned, and had over 1,600 more bullets with them when they were gunned down in their SUV, authorities said Thursday.

At their home, they had 12 pipe bombs, tools for making more such explosives, and over 3,000 more rounds of ammunition, Police Chief Jarrod Burguan said in a grim morning-after inventory that suggested Wednesday's bloodbath could have been far worse.

Photos from the scene of the officer involved shooting. Weapons & ammunition carried by the suspects. #SanBernardino pic.twitter.com/6s2HpyEgqP

Wearing black tactical gear and wielding assault rifles, Syed Rizwan Farook, a 28-year-old county restaurant inspector, and his wife, Tashfeen Malik, 27, opened fire at a social service center shortly after he slipped away from a banquet he was attending there.

Four hours later and a few miles away, the couple were shot to death in their rented vehicle in a furious gunbattle with police. During the shootout, the couple fired 76 rounds, while law officers unleashed about 380, the police chief said.

Twenty-one people were injured before the day was out, including two police officers, authorities said. Two of the wounded were listed in critical condition Thursday.

It was the nation's deadliest mass shooting since the Newtown, Connecticut, school tragedy three years ago that left 26 children and adults dead.

As the FBI took over the investigation, authorities were trying to learn why the couple left behind their 6-month-old daughter and went on the rampage in this Southern California city of 214,000.

"There was obviously a mission here. We know that. We do not know why. We don't know if this was the intended target or if there was something that triggered him to do this immediately," said David Bowdich, assistant director of the FBI's Los Angeles office.

At the White House, President Barack Obama said after meeting with his national security team that it was "possible this was terrorist-related" but that authorities were unsure. He raised the possibility that it was a workplace dispute or that mixed motives were at play.

Law enforcement experts said investigators may well conclude the killers had more than one motivation.

Farook was born in the U.S. to a Pakistani family, was raised in Southern California and had been a San Bernardino County employee for five years, according to authorities and acquaintances. Authorities said Malik came to the U.S. on a Pakistani passport and a fiancee visa in July 2014.

The stockpile of pipe bombs, tools and ammunition was found at a home in Redlands, about 7 miles from the massacre at the Inland Regional Center. Investigators said that Farook and his wife were listed on the rental agreement but that it wasn't known whether they lived there.

Federal authorities said the two assault rifles and two handguns used in the massacre had been bought legally, but they did not say how the weapons got into the attackers' hands.

The couple invaded the center about 60 miles east of Los Angeles around 11 a.m., opening fire in a conference area county health officials had rented for their banquet. Farook had attended the banquet, left and then returned.

Co-worker Patrick Baccari said he was sitting at the same table as Farook before the young man suddenly disappeared, leaving his coat on his chair. Baccari said that when the shooting started, he took refuge in a bathroom and suffered minor wounds from shrapnel slicing through the wall.

The shooting lasted about five minutes, he said, and when he looked in the mirror he realized he was bleeding.

"If I hadn't been in the bathroom, I'd probably be laying dead on the floor," he said.

Baccari described Farook as reserved and said he showed no signs of unusual behavior. Earlier this year, he traveled to Saudi Arabia, was gone for about a month and returned with a wife, later growing a beard, Baccari said.

The couple dropped off their daughter with relatives Wednesday morning, saying they had a doctor's appointment, Hussam Ayloush, executive director of the Council on American-Islamic Relations, said after talking with family.

"We don't know the motives. Is it work, rage-related? Is it mental illness? Is it extreme ideology? At this point, it's really unknown to us, and at this point it's too soon to speculate," Ayloush said.

Co-workers told the Los Angeles Times that Farook was a devout Muslim but didn't talk about religion at work.

Farhan Khan, who is married to Farook's sister, told reporters that he last spoke to his brother-in-law about a week ago. Khan condemned the violence and said he had "absolutely no idea" why Farook would kill.