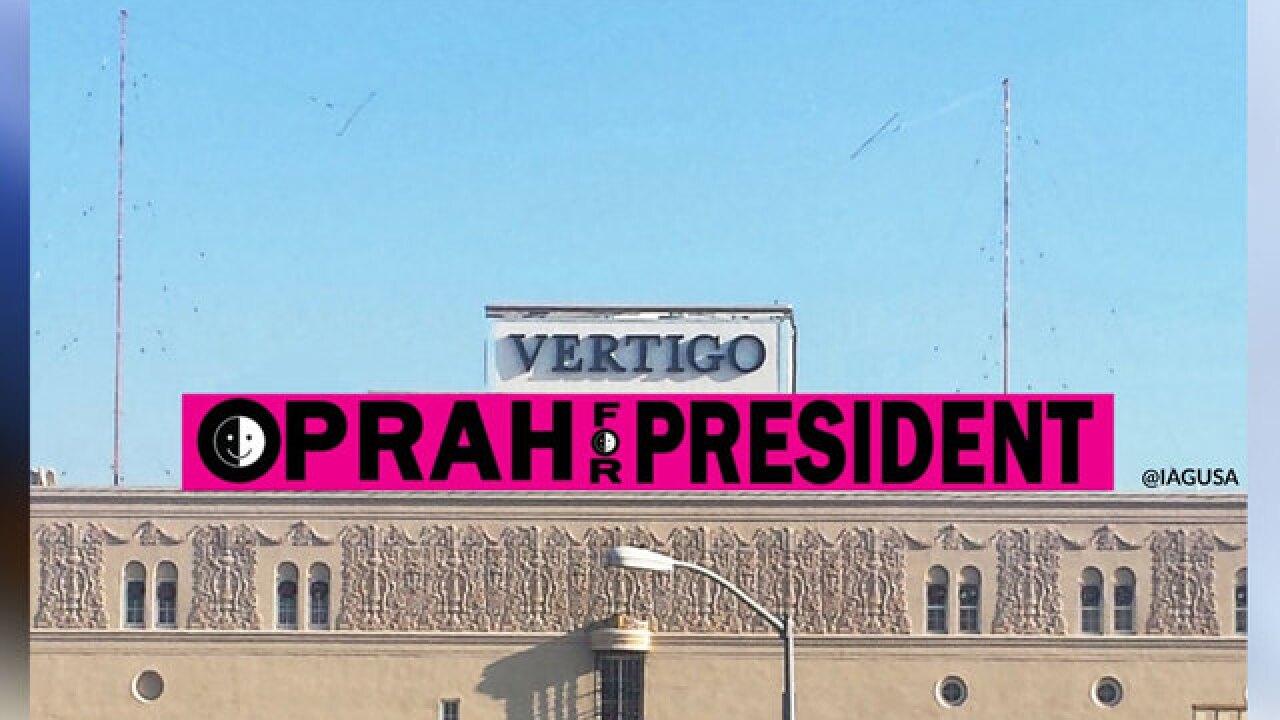 (KGTV) - Media mogul Oprah Winfrey has not declared her intentions to run for president in 2020, but a Los Angeles company has already started a push to get her into the White House.

An "Oprah for President" billboard was placed above the Casa Vertigo events venue building in downtown Los Angeles last weekend, in plain view of drivers on nearby freeways.

According to the CBS affiliate in Los Angeles, the billboard was paid for by Los Angeles-based clothing company I Am Gay USA.

An IAG spokesperson told 10News: "We created the billboard to show our gay support for Oprah and her humanitarian efforts."

The sign comes as speculation continues over whether Winfrey will jump into the political fray and run for office in two years. Her speech at the Golden Globe Awards last weekend led many to believe she was seriously considering running for president.

“I want all of the girls watching here now to know, that a new day is on the horizon.” @Oprah accepts the 2018 Cecil B. de Mille award. #GoldenGlobes pic.twitter.com/hbquC1GBjm

Earlier this week, President Trump reacted to a possible Winfrey run: "I like Oprah ... I don't think she's going to run."

When asked how he would fare if Winfrey did run for president, Trump said, "I'd beat Oprah."