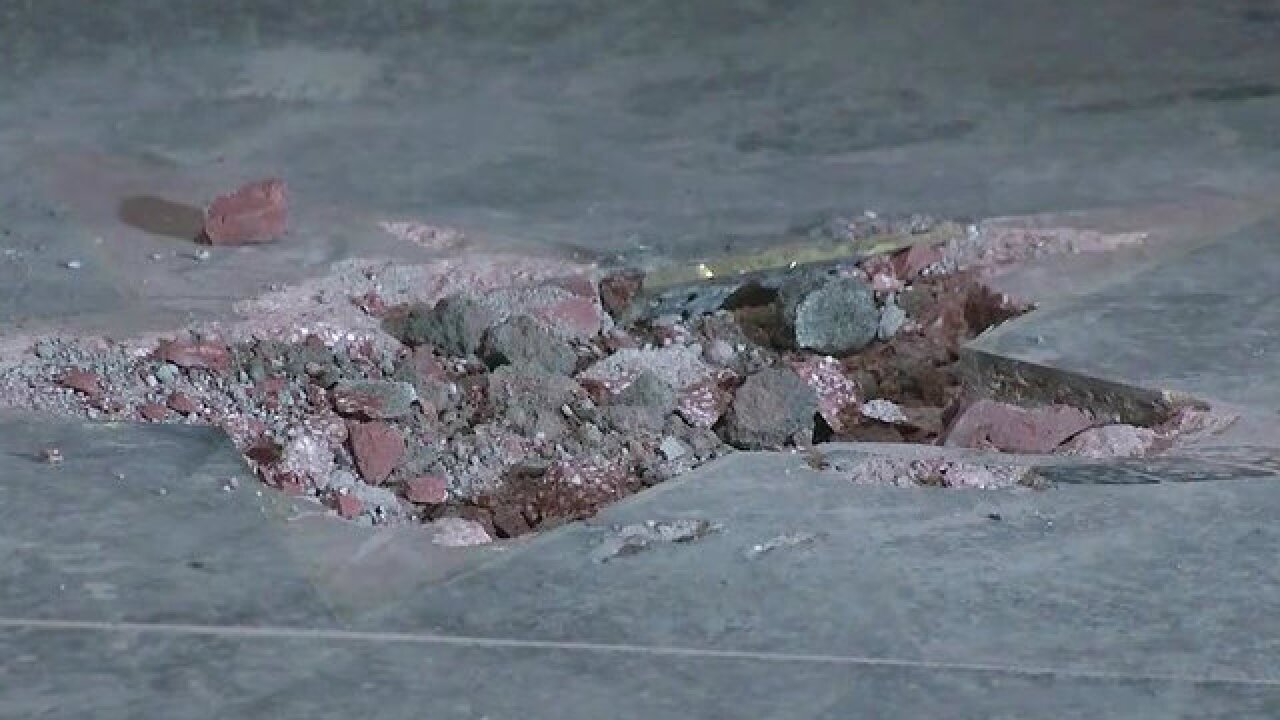 LOS ANGELES (CNS) - A Glendale man accused of smashing President Trump's star on the Hollywood Walk of Fame with a pickaxe pleaded not guilty Wednesday to a felony vandalism charge.

Austin Mikel Clay, 24, faces up to three years in jail if convicted, according to the Los Angeles County District Attorney's Office. He is due back in court Sept. 21.

Outside court, Clay questioned why he was being prosecuted.

"I don't personally think there should be any charges brought against me because what I did I believe was a rightful and just act, and I think that the repercussions of it were only positive," he told Los Angeles TV station ABC7.

At about 3:30 a.m. July 25, police were alerted to the vandalism on Hollywood Boulevard near Highland Avenue. Witnesses told ABC7 a man carrying a guitar case pulled a pickaxe from the case and broke up the star.

After bashing through the plaque, the man called police and advised he had vandalized Trump's star, the Los Angeles Times reported. He said, "See you soon" before leaving the scene, Lt. Karen Leong of the Los Angeles Police Department's Hollywood Division told the newspaper.

About an hour later, officials say he walked up to Beverly Hills police headquarters, identified himself and said he wanted to turn himself in.

It was the second time Trump's star has been vandalized in less than two years. In October 2016 a man dressed as a construction worker smashed the star with a pickaxe and sledgehammer. James Otis pleaded no contest to felony vandalism in February 2017 and was sentenced to three years probation, 20 days of community service and agreed to pay $4,400 for the damage.

Following the vandalism, the CEO of the Hollywood Chamber of Commerce, which administers the Walk of Fame, urged would-be vandals to vote if they wanted to make a political statement.

"The Hollywood Walk of Fame is an institution celebrating the positive contributions of the inductees," said president and CEO Leron Gubler. "When people are unhappy with one of our honorees, we would hope that they would project their anger in more positive ways than to vandalize a California State landmark. Our democracy is based on respect for the law. People can make a difference by voting and not destroying public property."