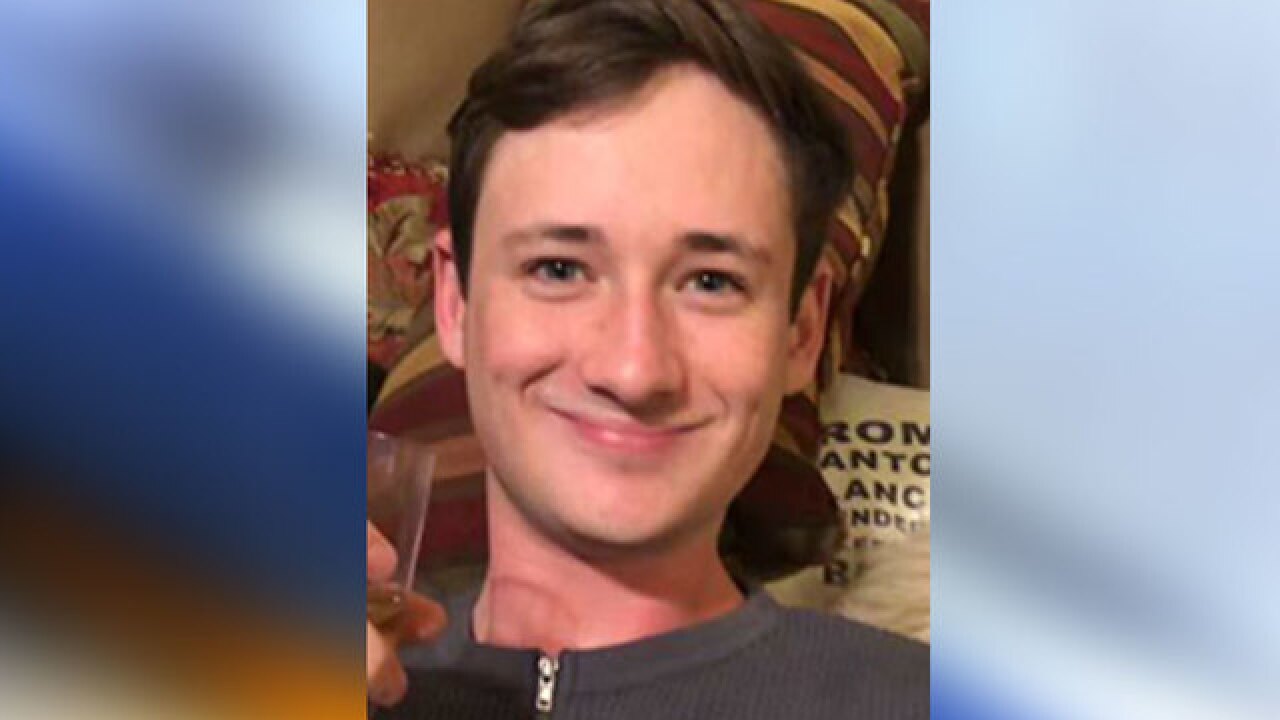 SANTA ANA, Calif. (CNS) - A murder charge was filed Wednesday against a 20-year- old Newport Beach man accused of killing a University of Pennsylvania student from Lake Forest, who went missing while back in Orange County on his winter break and was found dead a week later in a park near his family's home.

Samuel Lincoln Woodward, who also faces a sentencing enhancement allegation for the personal use of a deadly weapon, is jailed without bail and awaiting arraignment Wednesday afternoon in a Santa Ana courtroom.

The two were classmates at the Orange County School of the Arts in Santa Ana and reconnected through the social media platform SnapChat.

Woodward picked up Bernstein from his Lake Forest home about 11 p.m., Jan. 2, and they drove to a shopping center on Portola Parkway in Foothill Ranch, Rackauckas said. Later, the two drove to Borrego Park in Lake Forest, he said.

The county's top prosecutor made a point of saying Woodward was 6-foot- 2 and weighed 185 pounds and Bernstein was 5-foot-8 and weighed 135 pounds. After stabbing Bernstein multiple times, Woodward then buried the body in a dirt perimeter of the park, Rackauckas alleged.

Bernstein's parents called authorities the next day to report their son missing, and his body was found on Jan. 9.

Woodward had cuts on his arms and dirt on his hands, and he lied about how he got the wounds, Rackauckas alleged. Surveillance video showed Woodward trying to clean up a car he was using, according to the county's top prosecutor, who also alleged that the defendant attempted to avoid leaving behind DNA while being questioned by sheriff's investigators. Investigators have DNA evidence of the victim tying Woodward to "property in his control," Rackauckas alleged.

Woodward was arrested Friday in connection with the death of the Bernstein, who had eyes on becoming a pre-med student.

Woodward's mother, Michele, made her first public statement about the case Tuesday, asking for privacy.

"I would like it very much if everyone would respect our privacy and the privacy of the Bernstein family," she told NBC4 outside her home. "This is a time of great suffering and we would ask that you would respect that suffering. Thank you very much."

Bernstein's parents -- Gideon and Jeanne -- issued a statement expressing dismay at media reports about the cause of their son's death. The Orange County Register reported on Monday, the day of Bernstein's funeral, that he had been stabbed more than 20 times and the killing may have been an act of rage sparked by an alleged attempt by Bernstein to kiss Woodward the night he disappeared.

"Our son was a beautiful, gentle soul who we loved more than anything," the Bernsteins said. "We were proud of everything he did and who he was. He had nothing to hide. We are in solidarity with our son and the LGBTQ community. There is still much discovery to be done and if it is determined that this was a hate crime, we will cry not only for our son, but for LGBTQ people everywhere that live in fear or who have been victims of hate crime."

Sheriff's officials said Woodward drove Bernstein to the park the night of Jan. 2. He told investigators that Bernstein wandered into the park and disappeared. Woodward eventually left the park at 1 a.m., telling investigators he drove to a girlfriend's house in Tustin, but returned about 3:40 a.m. when Bernstein still had not surfaced, according to a search warrant affidavit obtained by the Orange County Register.

In subsequent interviews, however, Woodward was unable to remember the girlfriend's name or address, according to the affidavit. Woodward also had scratches and abrasions on his hands, which he attributed to a "fight club" in which he was involved, and dirt under his fingernails that he said was the result of falling into a mud puddle.