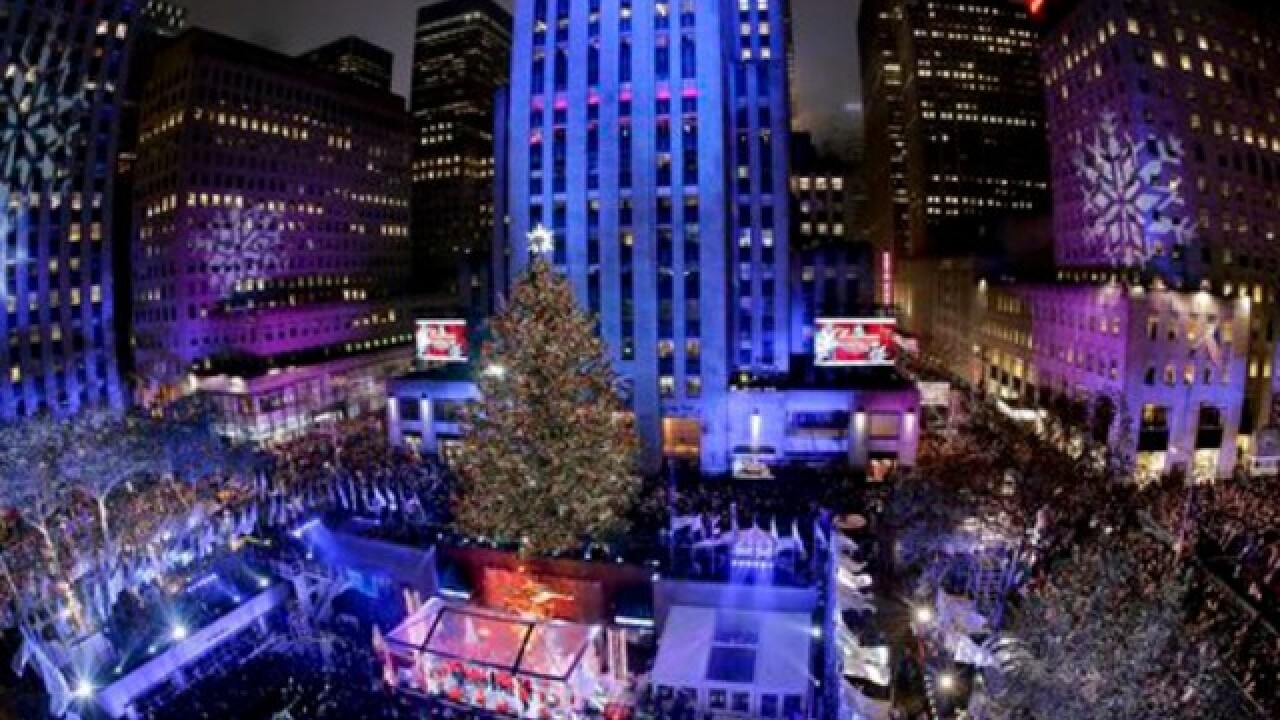 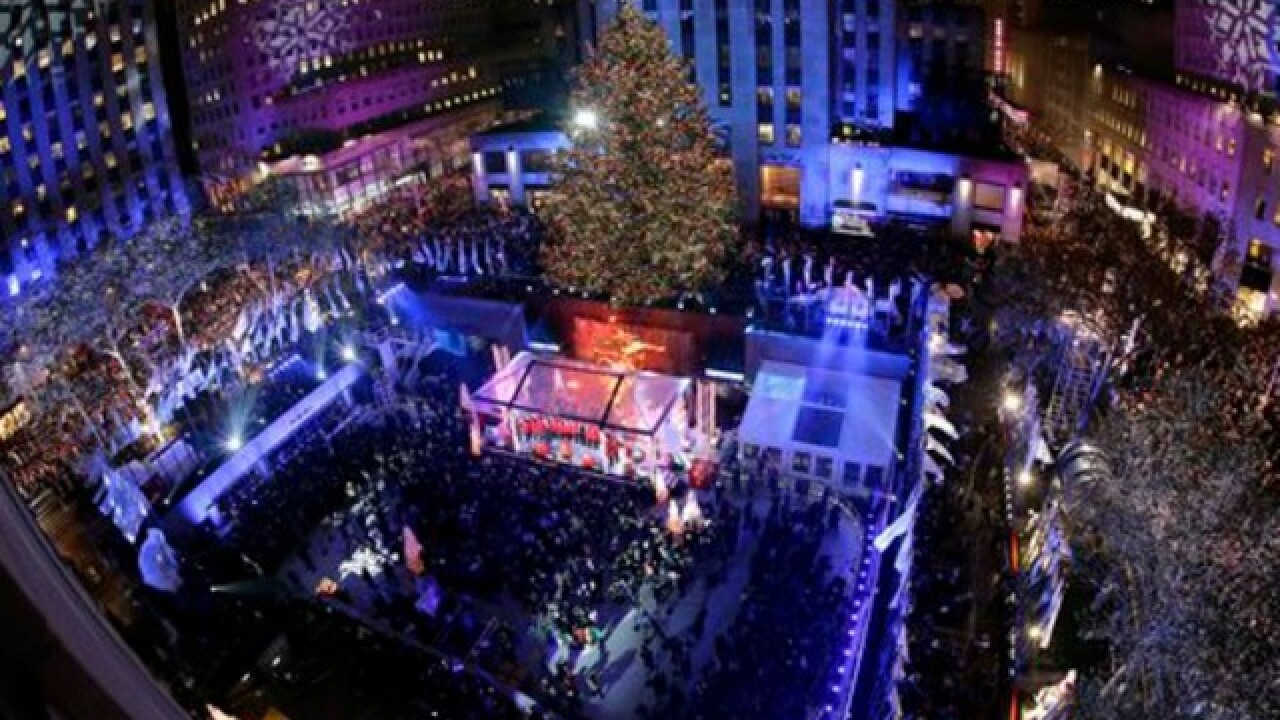 A 10-ton Christmas tree with 45,000 LED lights covering about five miles of wire has come alive in the rain to cap New York City's annual ritual in Rockefeller Center.

The ceremony — nationally televised by NBC on Wednesday evening — included performances by Sting, Mary J. Blige, Andrea Bocelli, James Taylor and other stars. Tens of thousands had a close-up view of the show.

The celebration came with security restrictions including a prohibition on umbrellas.

Backpacks also were barred from the midtown festivities amid massive security.

Streets surrounding Rockefeller Plaza were closed and spectators were kept behind police barricades.