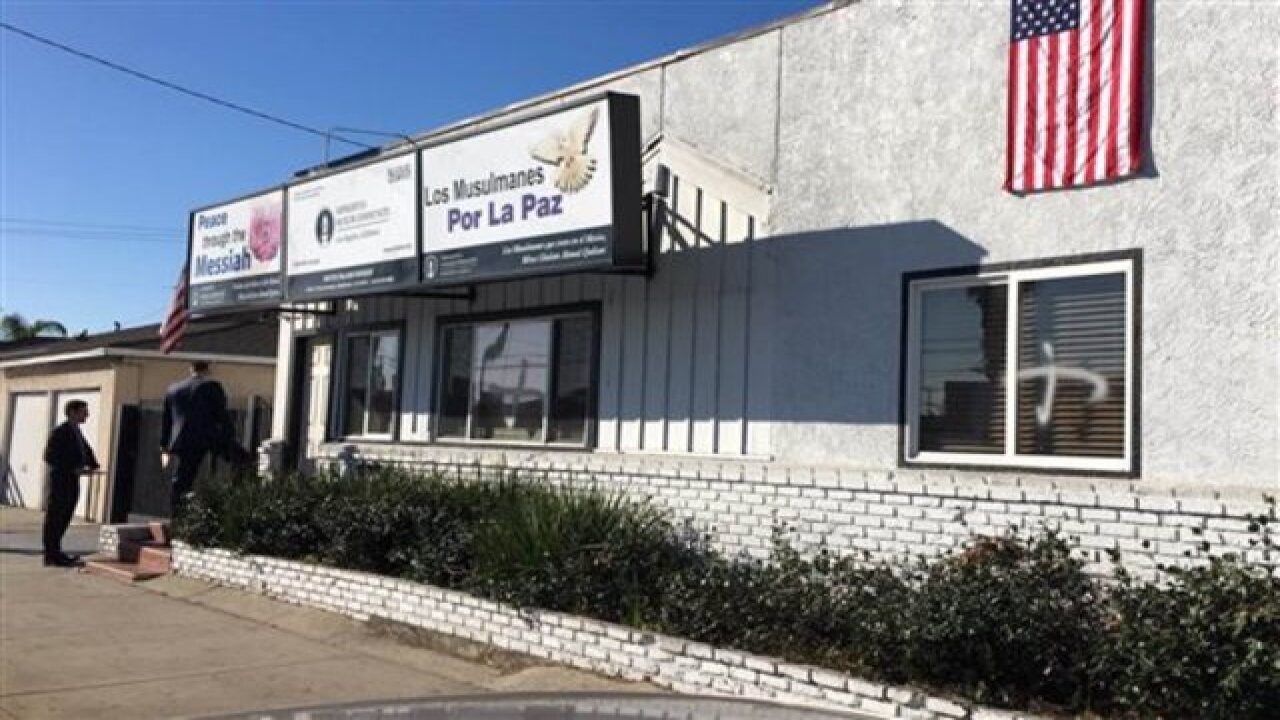 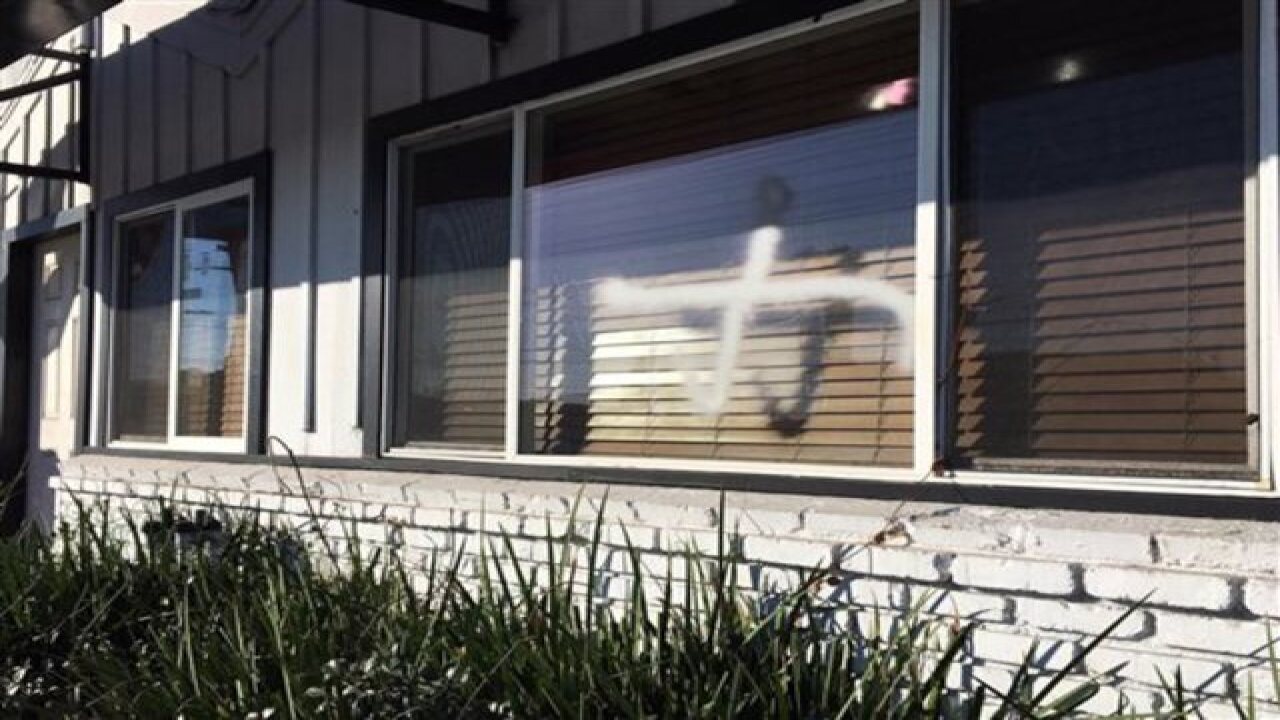 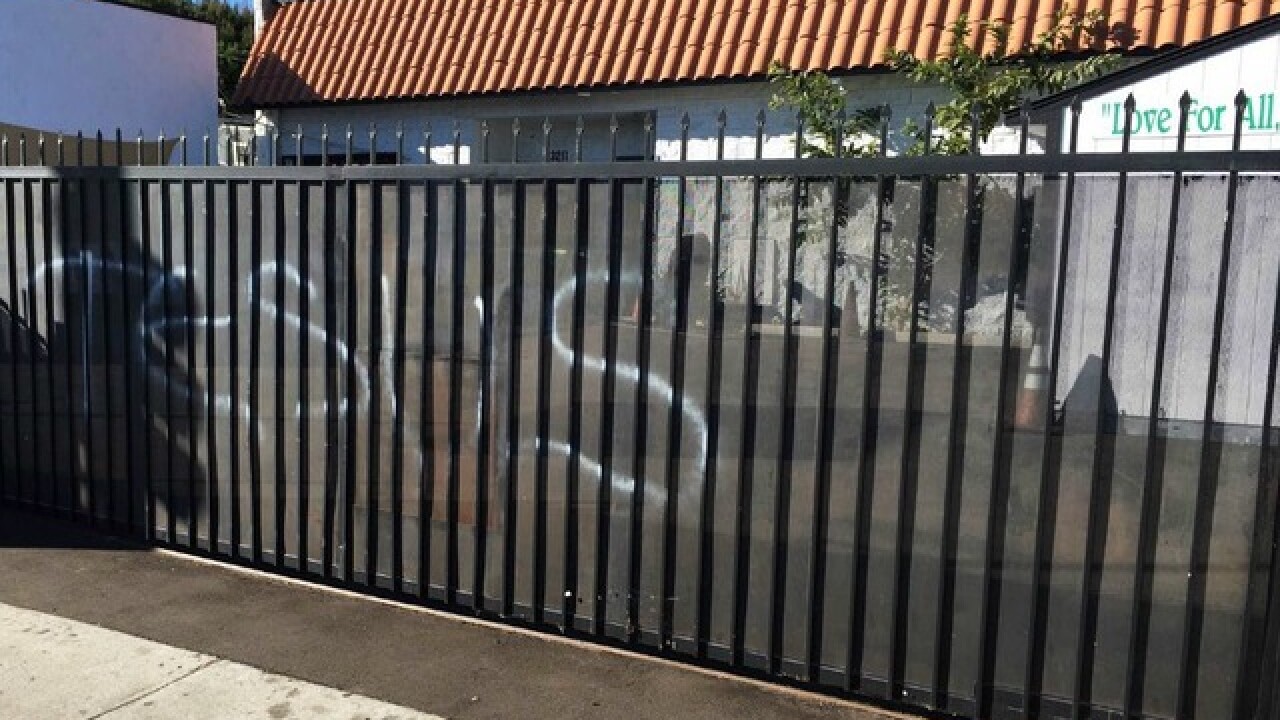 HAWTHORNE, Calif. (AP) — Vandals spray-painted graffiti about Jesus at two mosques in the Southern California city of Hawthorne and left a device that looked like a hand grenade in one of the driveways, leading police to investigate both incidents as hate crimes.
The vandalism and other recent attacks against mosques and Muslims in California come after a couple who federal officials say were inspired by Islamist extremists killed 14 people at a holiday luncheon in San Bernardino on Dec. 2.
Some Muslims in Southern California and beyond have worried about the potential for reprisals, while leaders of various faiths have called for tolerance.
On Sunday, a bomb squad was called and the area around the Ahmadiyya Muslim Community Baitus-Salaam Mosque was evacuated after the device was discovered around 6:30 a.m. Sunday, police said in a statement.
Investigators determined the device was a plastic replica of a hand grenade. The word "Jesus" was sprayed in white paint on the mosque's fence.
Officers received another call that the phrase "Jesus is the way" was spray-painted in front of the Islamic Center of Hawthorne. Police and the FBI are investigating the vandalism as hate crimes.
"This type of behavior is born out of ignorance and fear, and we as members of the Ahmadiyya Muslim Community ... we respond with peaceful dialogue," said Ahsan M. Khan, a chapter president of the community.
"It's through peaceful dialogue that we can hopefully see less of this type of hate crime," he said.
In neighboring San Bernardino County, a 40-year-old man accused of pulling a knife and threatening a Muslim woman at a car wash in the city of Chino Hills was expected in court this week.
Daniel Senteno was arrested Thursday on suspicion of making criminal threats and brandishing a weapon. Prosecutors also were expected to pursue hate crime charges, sheriff's spokeswoman Cindy Bachman told the Inland Valley Daily Bulletin newspaper.
Senteno was held in lieu of $75,000 bail. It wasn't immediately known if he has a lawyer.
In nearby Palm Springs, a fire that authorities said was intentionally set damaged a mosque Friday. They arrested a 23-year-old man in connection with the fire and booked him on suspicion of commission of a hate crime, arson, maliciously setting a fire and burglary.
The fire at the Islamic Center of Palm Springs was contained to the small building's front lobby, and no one was injured.
Copyright 2015 The Associated Press. All rights reserved. This material may not be published, broadcast, rewritten or redistributed.
Associated Press 2015