Driver to deputy: No wonder you people get shot 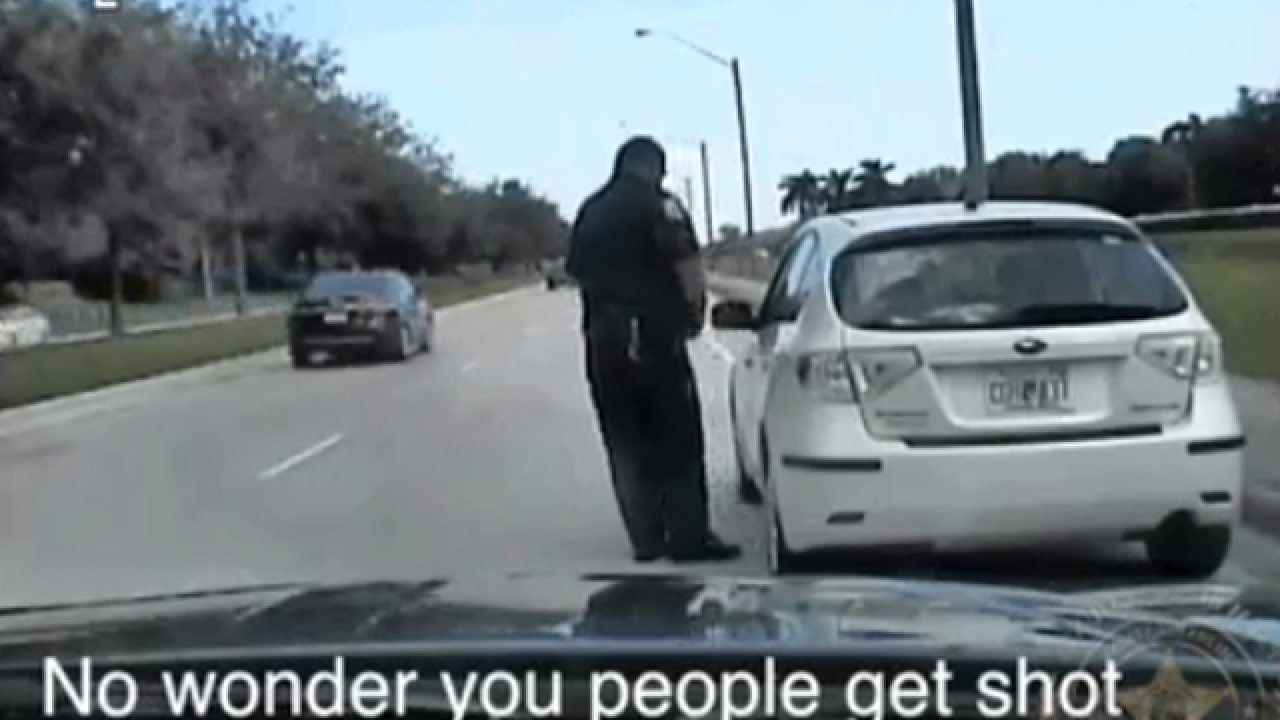 "No wonder you people get shot."

That's what a 62-year-old driver told a Palm Beach County Sheriff's deputy after he handed her a ticket for going 51 in a 20 mph school zone, 31 mph over the limit.

Here's how the Sept. 1 encounter played out as the deputy walked to the driver's car to hand over the citation.

Deputy: You are being cited for speeding. This explains what your options are. Drive safe.

Driver: You know what? No wonder you people get shot. You're absolute "a**holes"

Deputy: OK, thank you ma'am. I appreciate that.

Driver: You're welcome. Have a nice day.

The deputy then calmly returned to his car.

"This is a deputy trying to make sure that children are safe and don't get killed in a school zone. He was doing his job. And I think it's totally unacceptable for somebody to talk to a deputy or any law enforcement officer like that, when that's what they are trying to do to protect our children,” Sheriff Bradshaw said.

According to the citation the ticket cost $606.

Ticketing a speeder going 31 MPH over the speed limit in a school zone is apparently why we are "always getting shot" pic.twitter.com/enrV9bcxMV

Keeping kids safe is a top priority. WATCH the reaction when we cited this woman going 51 MPH in a School Zone. https://t.co/8usZfu8lrS