Car launches into air, lands on roof of home 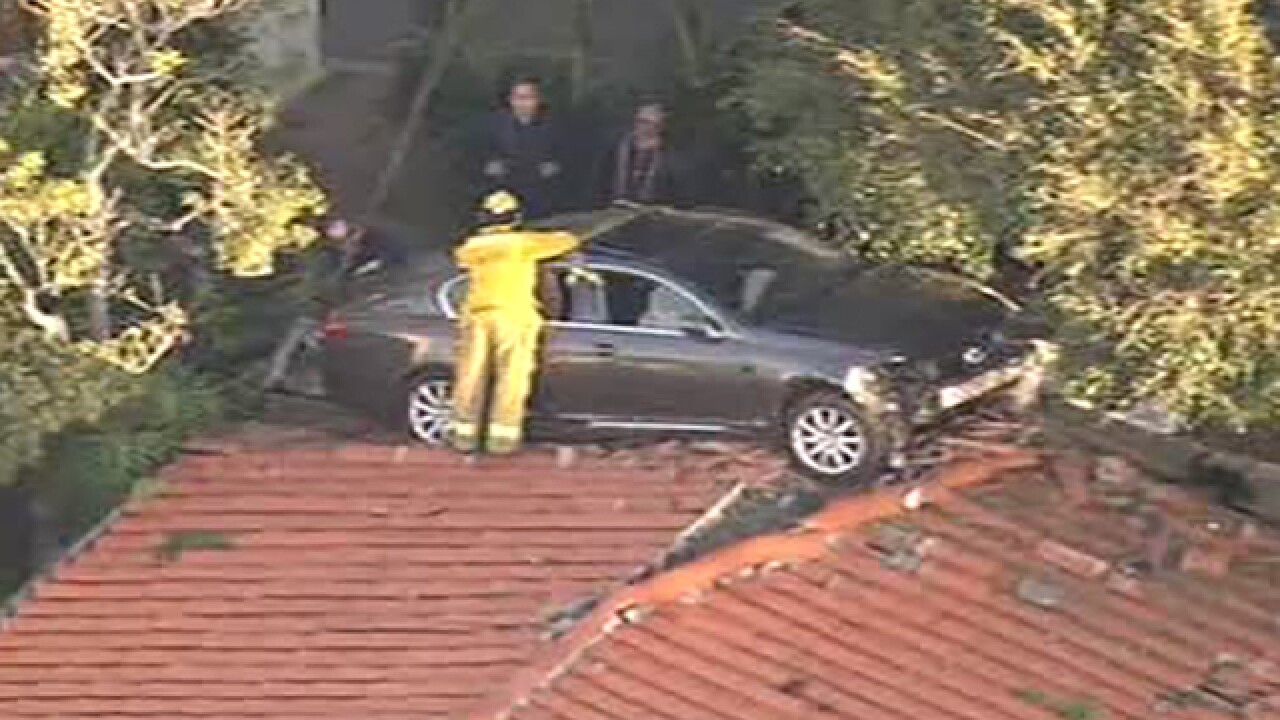 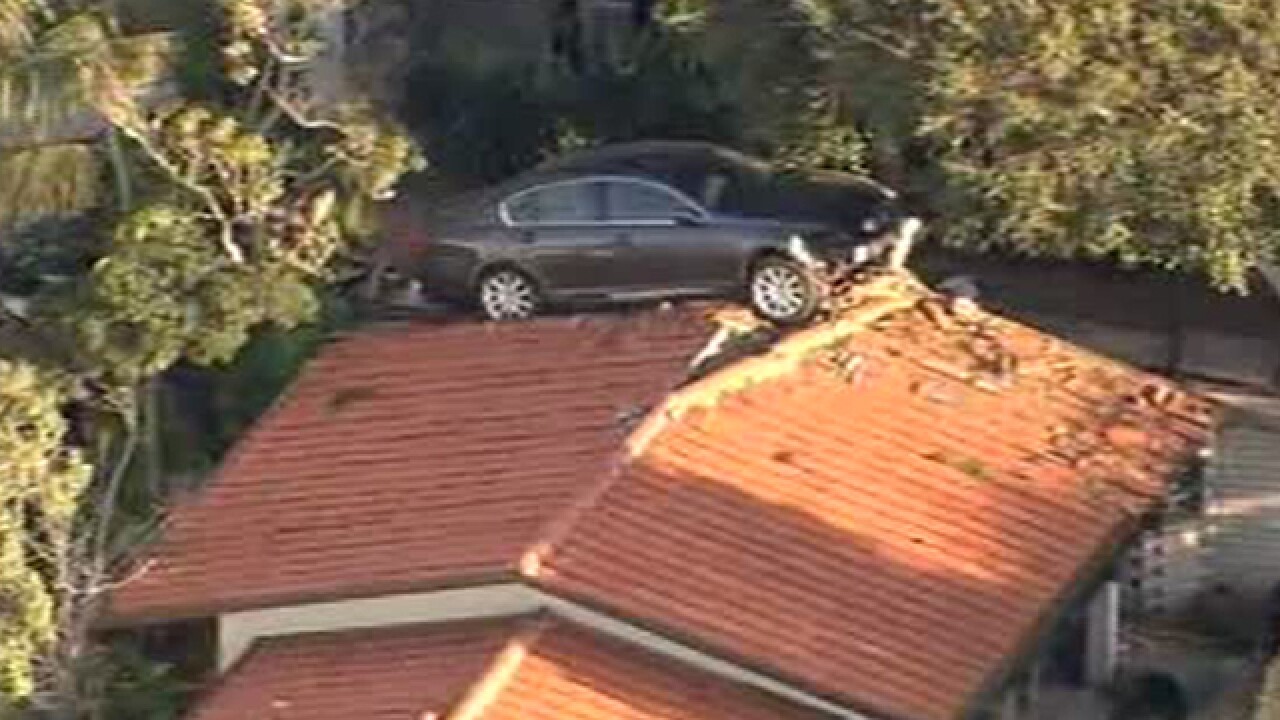 PALOS VERDES ESTATE, Calif. - A motorist suffered a medical issue while driving in Palos Verdes Estates and struck a parked car Wednesday, launching his vehicle onto the roof of a home.

The sedan wound up on top of a home in the 500 block of Palos Verdes Drive West around 3:40 p.m., authorities said.

According to Capt. Mark Velez of the Palos Verdes Estate Police Department, the motorist began suffering some type of medical problem while driving. He veered to the right and into a yard, where he struck a parked car.

The man's car was launched into the air, landing atop the tile roof, Velez said.

The man was taken to a hospital, primarily for the prior medical problem rather than any injuries suffered in the crash.

A crane was brought in to remove the car from the roof.