Fire has burned 8,000 acres as of Tuesday evening 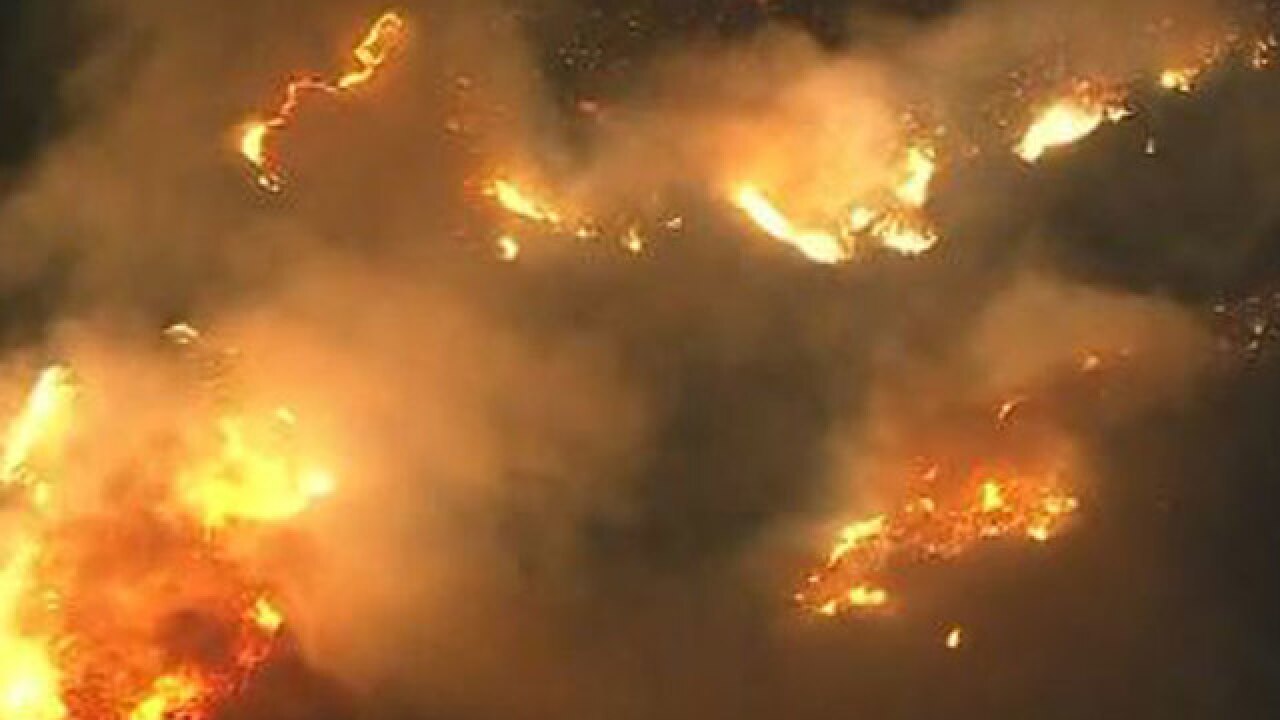 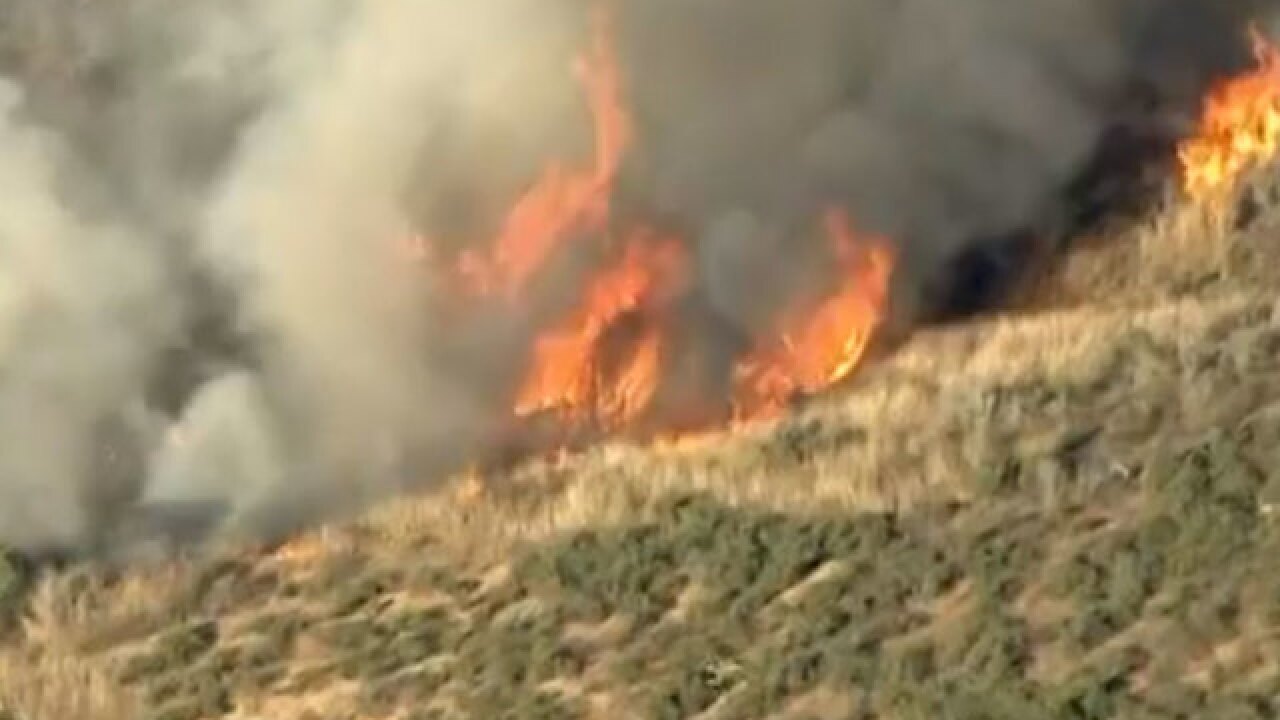 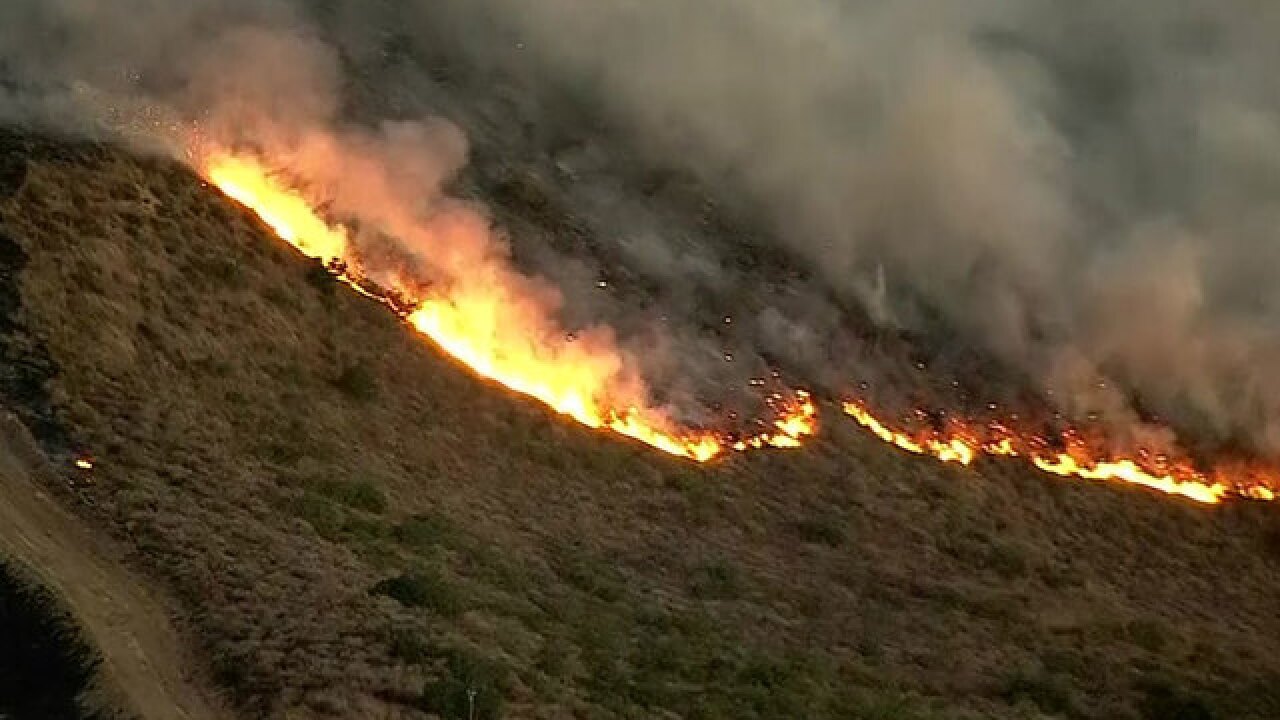 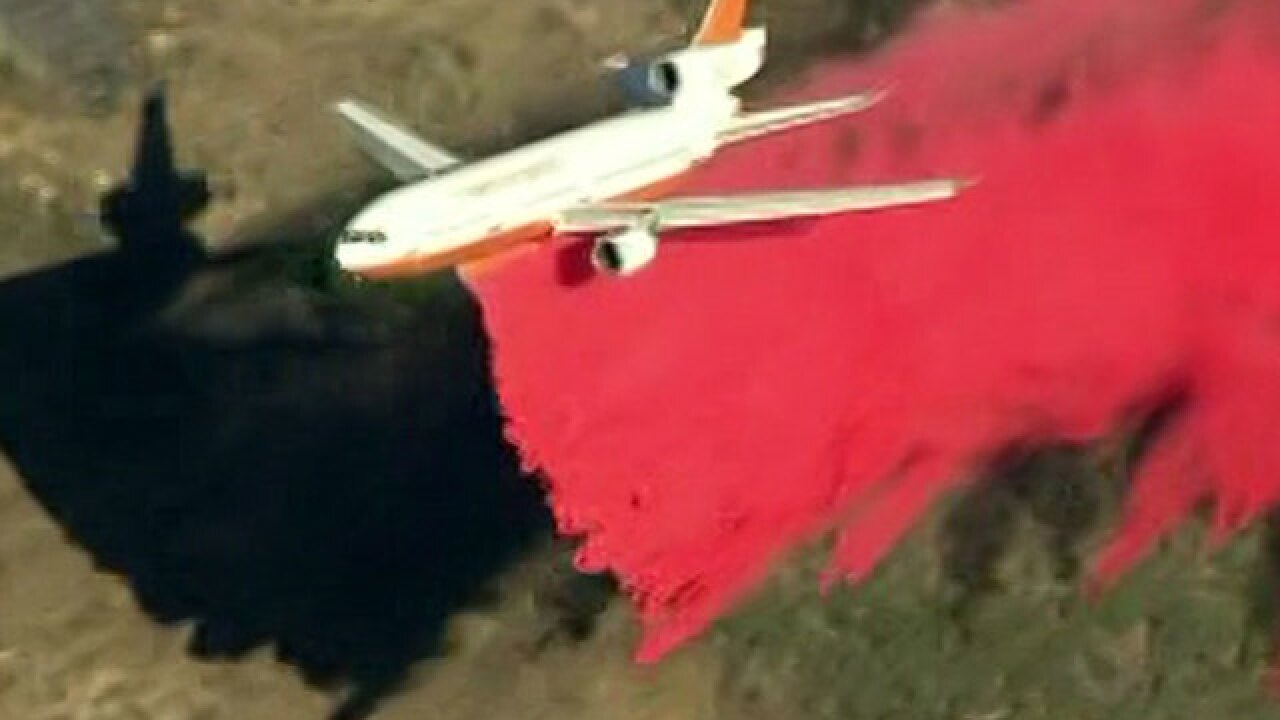 ANAHEIM, Calif. (CNS) - Overnight water drops were made Tuesday to battle a wind-driven brush fire that has destroyed at least 14 structures and forced the evacuation of thousands of residents while scorching about 8,000 acres in the Anaheim Hills, fire commanders said.

As of Tuesday night, Canyon Fire 2 had burned 8,000 acres and was 40 percent contained, according to Anaheim Fire and Rescue.

Updated evacuation/road closure info for those effected by the #CanyonFire2. Please drive SLOWLY, crews are still working in the area. pic.twitter.com/xqcu53kHae

Fourteen helicopters and six fixed-wing aircraft have been made available for deployment in the firefighting effort, which has involved about 1,100 firefighters from various agencies, said Daron Wyatt of Anaheim Fire and Rescue.

The fire prompted evacuations in Anaheim Hills, Orange and Tustin and threatened about 5,000 homes, officials said.

Evacuation orders were lifted Tuesday and residents were allowed to return to their homes at 7 p.m.

The fire erupted Monday about a mile from the area scorched by the recent Canyon Fire, which blackened more than 2,600 acres and took more than a week to contain.

Initially reported at 25 acres, the latest blaze -- dubbed Canyon Fire 2 -- exploded across about 500 acres by midday, then across 4,000 to beyond 5,000 acres by late afternoon, fire officials said.

By Monday night it was only 5 percent contained, but that figure increased to 25 percent by 11 a.m. Tuesday.

Smoke from the blaze could be seen for miles in all directions, prompting warnings from health officials for people to remain indoors.

The fire initially broke out near the Riverside (91) Freeway east of Gypsum Canyon Road, near the Coal Canyon flashpoint of September's Canyon Fire, according to the OCFA.

But while last month's Canyon Fire burned east, winds of about 25 mph pushed its sequel to the west on Monday, prompting mandatory evacuation orders for residents south of the Riverside Freeway and west of the 241 toll road. The evacuation area was repeatedly expanded. An information hotline was set up at (714) 765-4333.

Officials in the neighboring city of Orange issued evacuation orders for all residents north of Santiago Canyon road to the city border with Anaheim. That order was later extended south to Chapman Avenue, then south again into the Santiago Hills area as far south as Canyon View Avenue.

A non-emergency information hotline was set up in Orange at (714) 744-7550. The Tustin Ranch area was also evacuated.

The Village at Orange mall, 1500 E. Village Way, was made available as a staging area for residents unable to reach their homes due to the fire, although the mall was not designated an evacuation center.

Residents with large animals were urged to take them to the Orange County Fairgrounds.

The Country Car Pet Resort at 4691 Valley View Ave. in Yorba Linda was accepting companion pets at no cost during the emergency and can accommodate 120 dogs and around 50 cats.

Yorba, Irvine and Santiago Oaks regional parks were all closed to the public "as a precaution due to the proximity of the fire," said Marisa O'Neil of OC Parks.

District officials said those three schools will remain closed Tuesday, along with six other campuses:

The Riverside (91) Freeway was closed for a time, but has been reopened. The 241 was closed in both directions between the 91 Freeway and state Route 261.