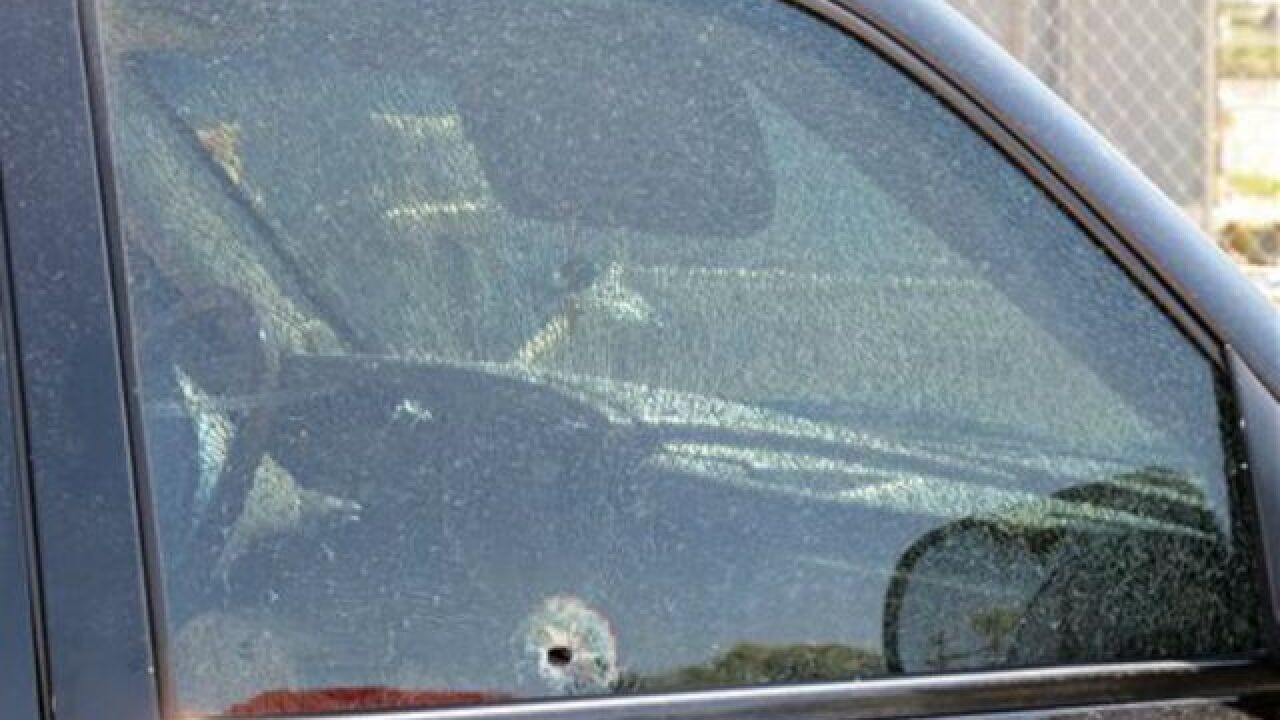 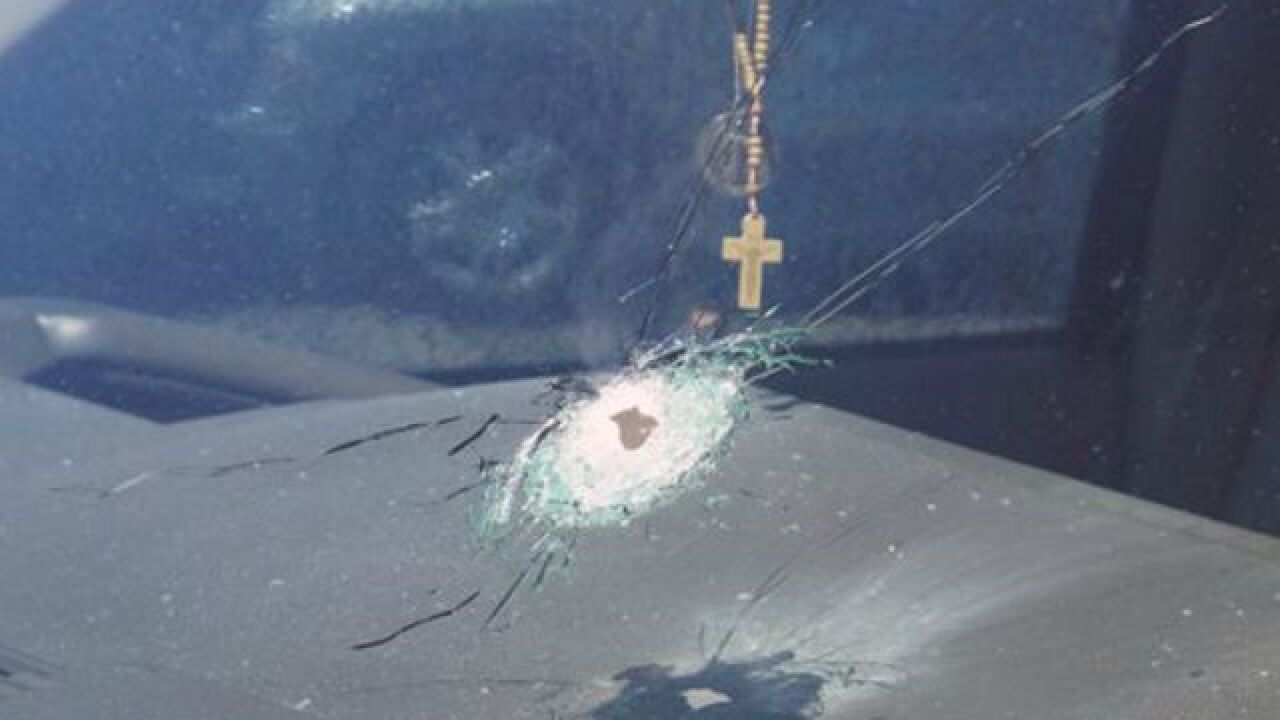 A truck's passenger window shattered on a Phoenix freeway Wednesday as Arizona authorities investigated a string of highway shootings that have rattled nerves and heightened fears of a possible serial shooter.

Department of Public Safety spokesman Bart Graves said authorities are looking into the window incident, and the agency has not yet confirmed whether the glass was shot out. Nobody was hurt, he said.

Authorities were already investigating nine shootings of vehicles over the past two weeks. Four cars were hit last week along the city's main freeway. One bullet shattered a windshield and the broken glass cut a 13-year-old girl. The other rounds hit a headlight and the sides of vehicles.

Police on Tuesday announced that they were investigating five more shootings, including one that shattered the window of an off-duty police sergeant's vehicle as he drove to work. Then Wednesday, investigators raced to a gas station after the driver of a white truck pulled off Interstate 10 with a shattered window.

"Anytime that you have multiple shootings against American citizens on a highway, that's terrorism," Milstead said. "They're trying to frighten or kill somebody."

His agency brought in the FBI, the Bureau of Alcohol, Tobacco and Firearms and local police to help with the investigation. Authorities are conducting surveillance and deploying undercover detectives and personnel from the SWAT team and gang task force.

"Ten days, nine incidents," Milstead said at a news conference. "This is a real and continuing threat to Arizona motorists."

Police have been asking for the public's help in identifying a suspect, including putting messages on freeway billboards urging people to report suspicious activity. They quadrupled the reward Tuesday to $20,000.

Graves said the agency would not discuss the surveillance or other aspects of its investigation, including whether any bullets had been recovered, whether the shooter or shooters fired from vehicles or alongside freeways and whether more than one weapon was involved. Police also do not know if all nine of the shootings are connected or whether a copycat might be at work.

"We're not going to give the nuts and bolts of our investigation," Graves said, adding that doing so "would help the bad guy."

"Any time that you have multiple shootings against American citizens on a highway, that's terrorism," Milstead said when asked about the characterization. "They're trying to frighten or kill somebody."

Milstead said drivers are fortunate that no one has been killed or seriously hurt, but if the incidents continue, "it's just a matter of time before there is a tragedy."

The shootings began Aug. 29, when two vehicles were struck in a half-hour span on Interstate 10 between 19th and 59th avenues. A third vehicle was hit on the same freeway near 16th Street later that day.

A fourth vehicle was shot Aug. 31 in the same area.

On Tuesday, a passenger window on the Phoenix police sergeant's personal car shattered while he was driving to work before dawn on I-10 between 35th and 43rd avenues, according to DPS officials. The officer was not injured. Another shooting happened nearby a minute later.

"The safety of Arizonans is our No. 1 priority, and we are committed to apprehending those responsible for these crimes," Arizona Gov. Doug Ducey said in a statement.

The shootings brought back memories of other random highway and roadside shootings that have occurred around the country over the past decade, most notably the sniper attacks that terrorized the nation's capital more than a decade ago.

In other cases, a man was convicted last year of terrorism charges after opening fire on a busy Michigan highway because he believed the drivers were part of a government conspiracy against him. An Ohio man took shots at several cars and houses over several months in 2003, killing one, before being caught and sent to prison.