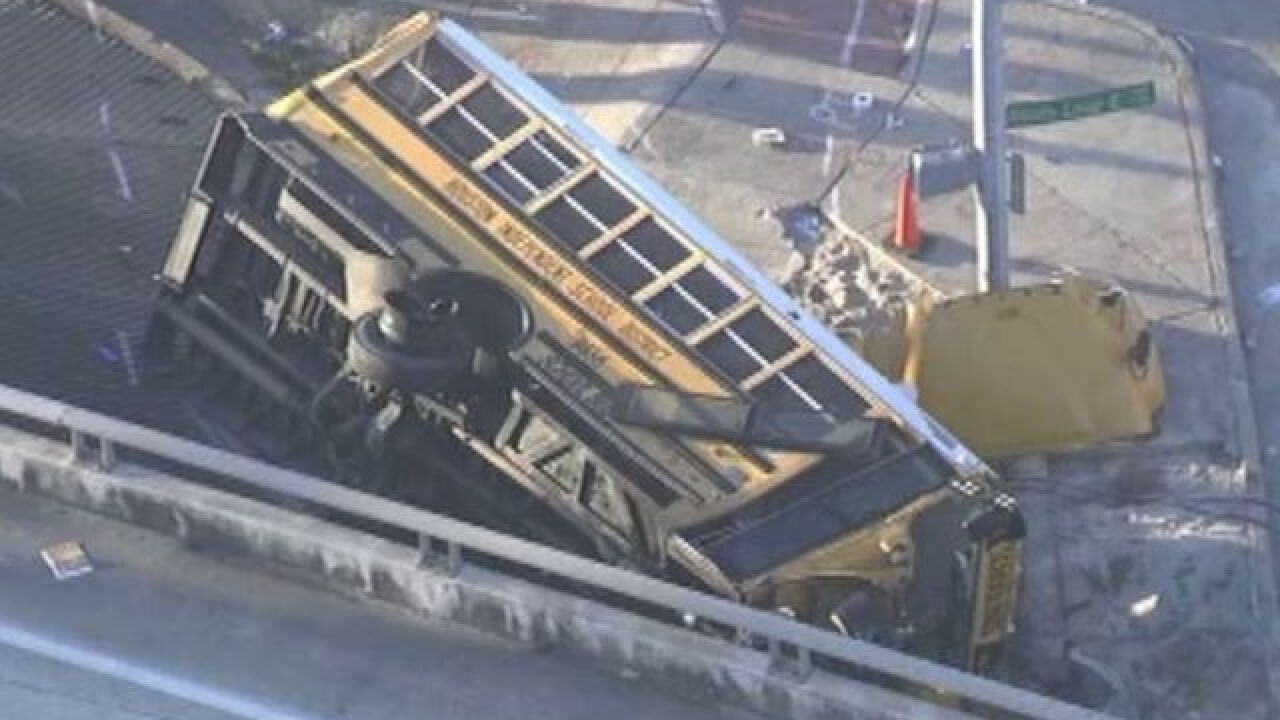 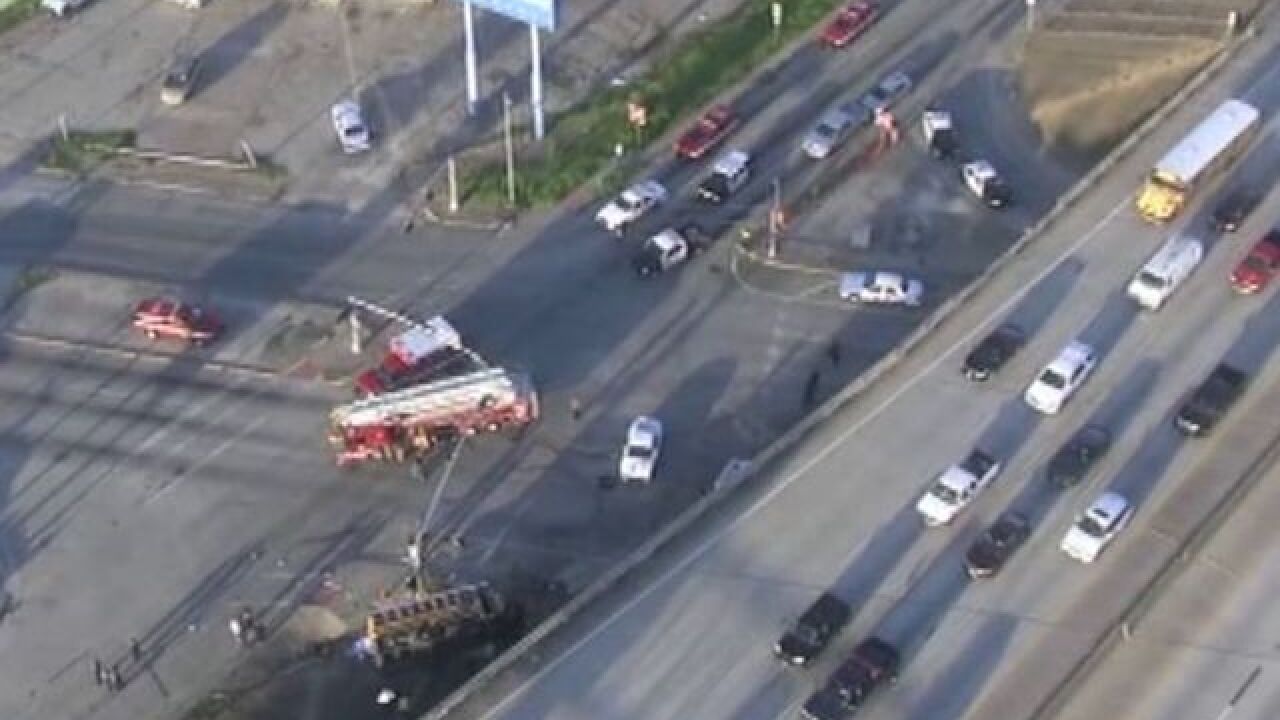 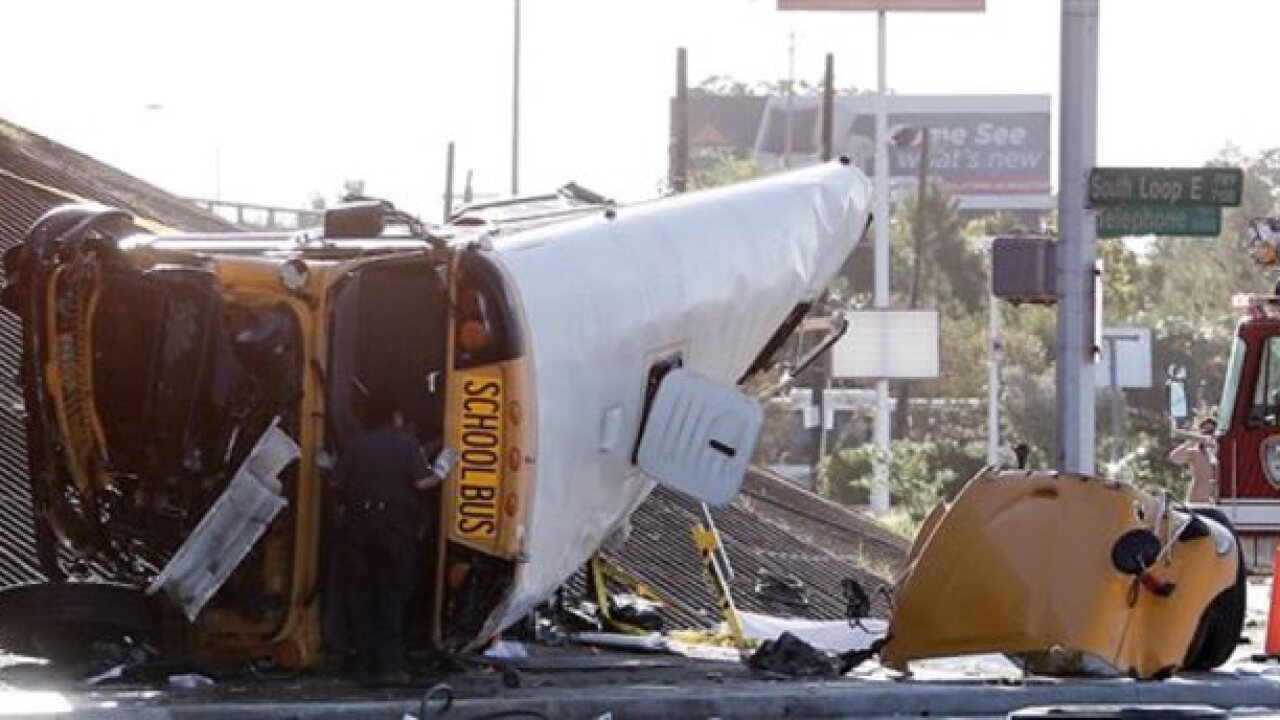 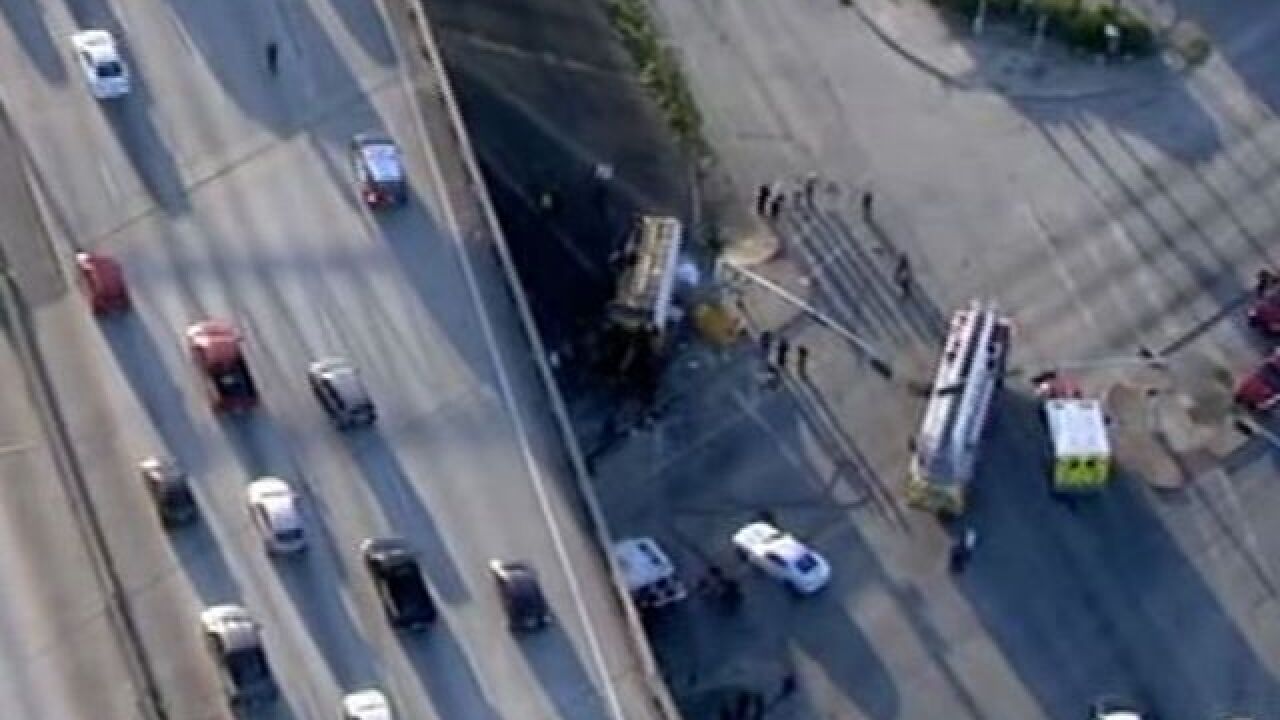 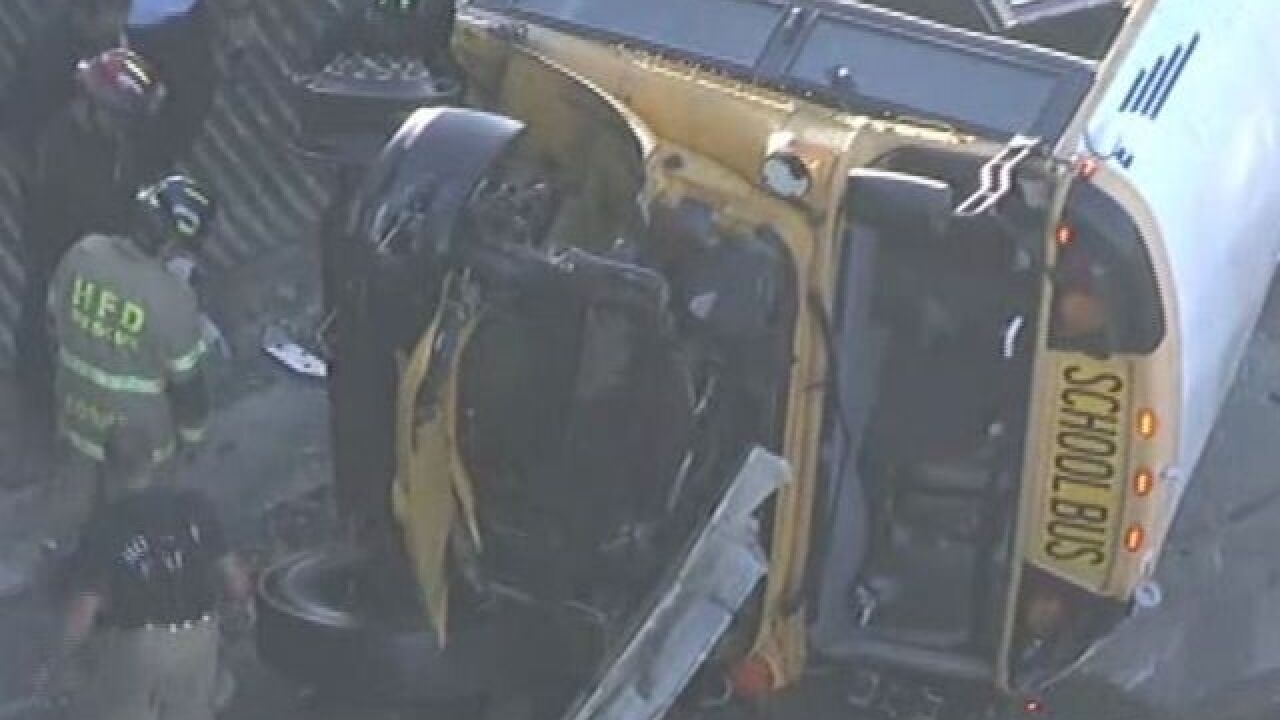 Two students have been killed and three other people are seriously injured after a school bus rolled off a Houston freeway overpass.

A Houston Independent School District statement says a girl died at the scene Tuesday morning, and another student died at a hospital.

The district says two other students and the bus driver were also taken to hospitals with serious injuries.

The bus was bound for Furr High School, which also operates a charter school.

Names of the victims haven't been released.

Officials are investigating the cause of the crash. District spokeswoman Ashley Anthony says the bus apparently drove off an overpass. Guard rails were damaged. The bus rolled and landed on its side.