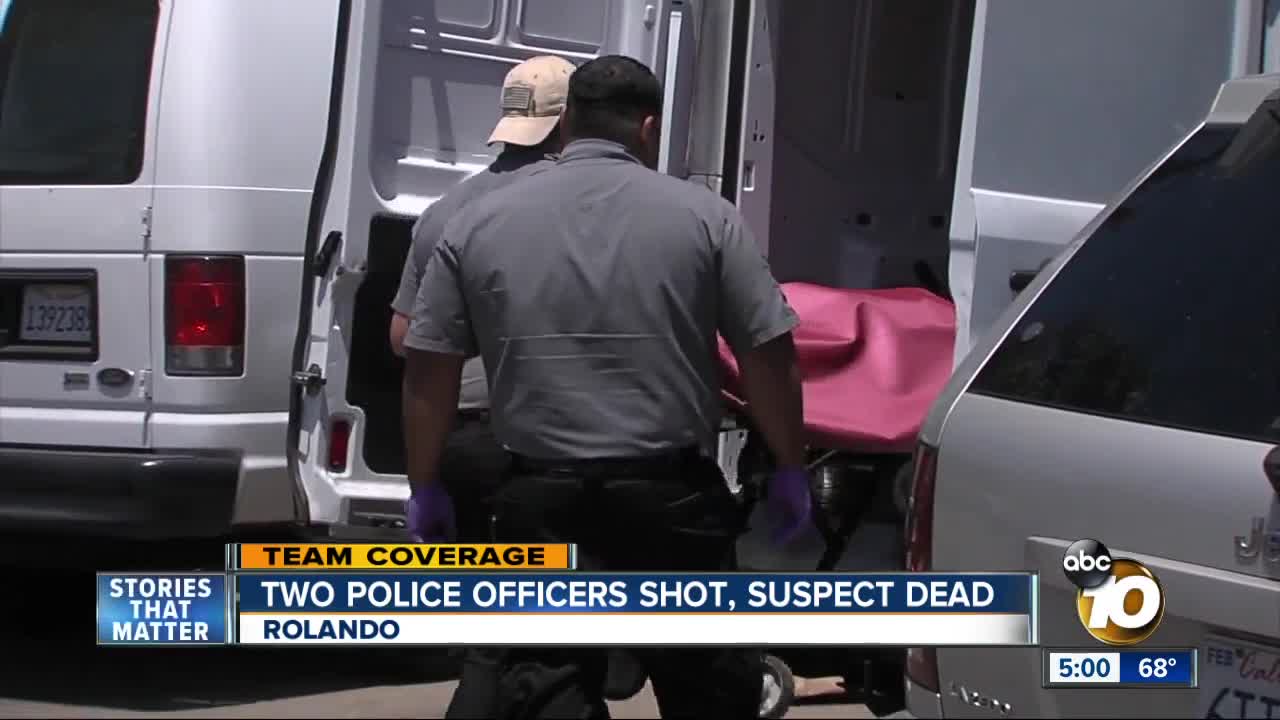 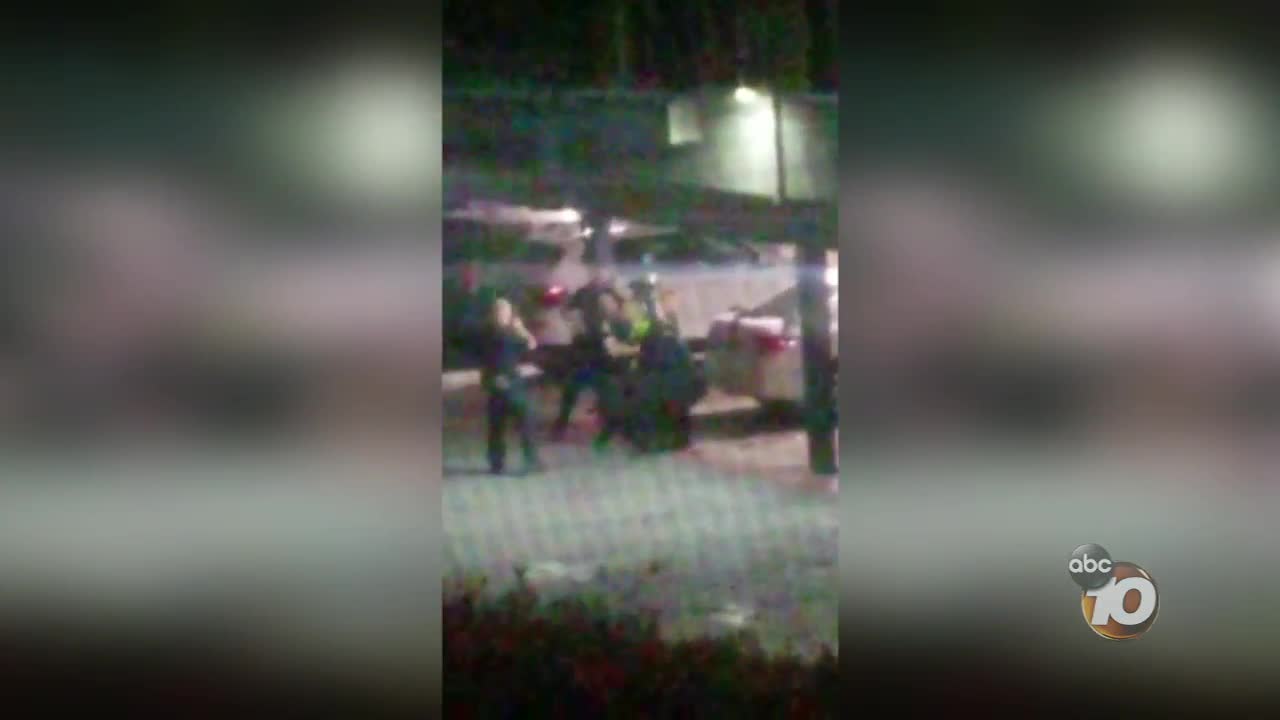 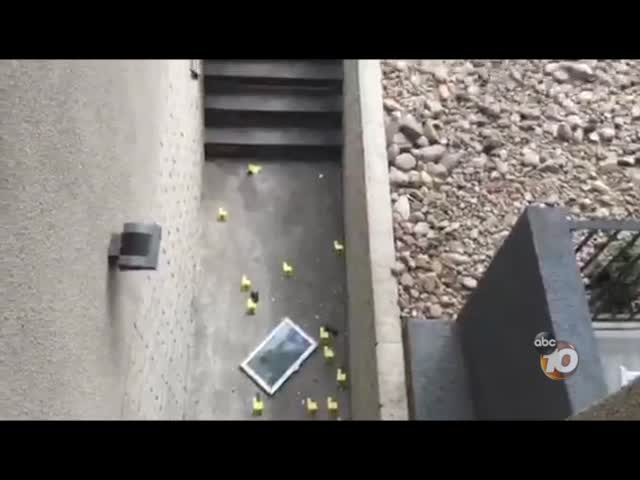 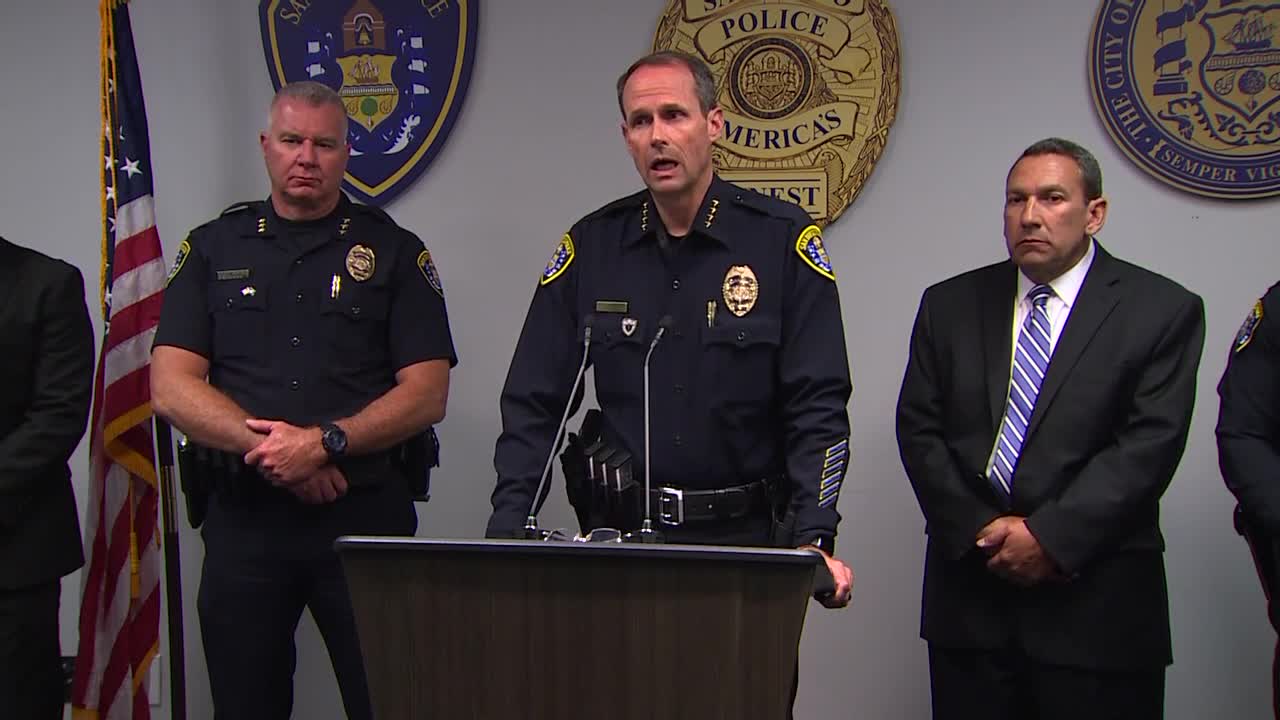 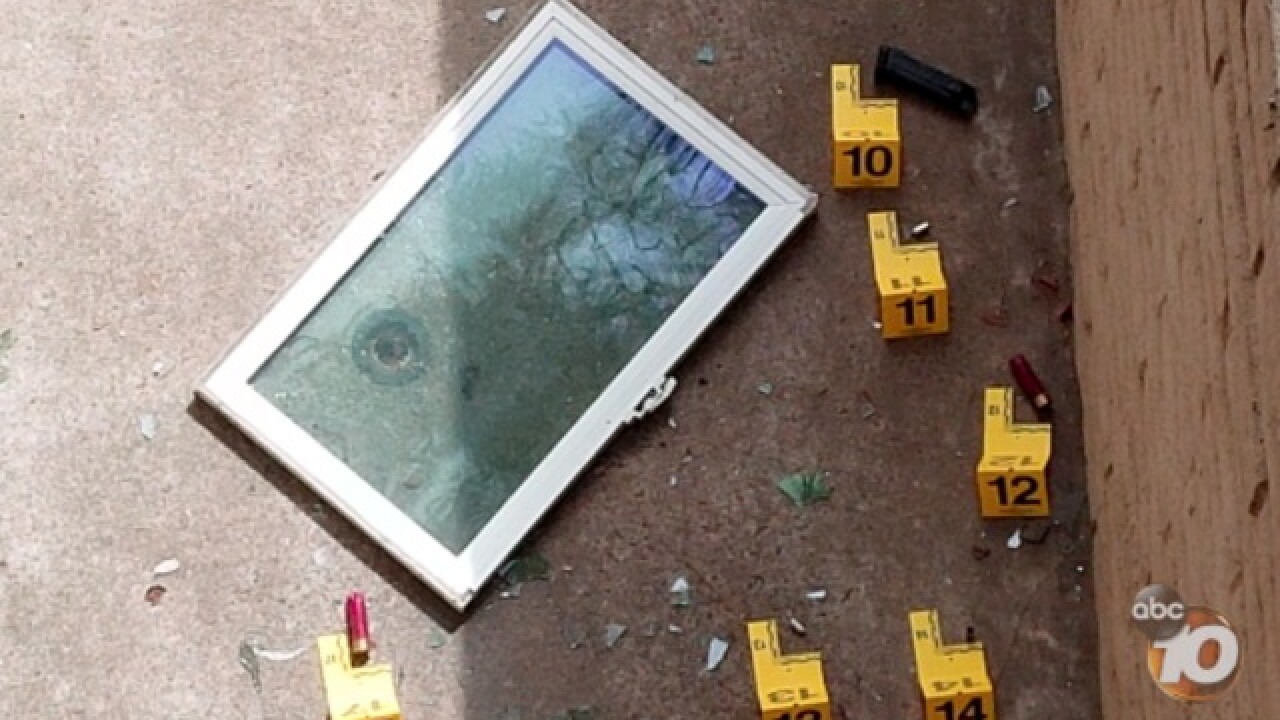 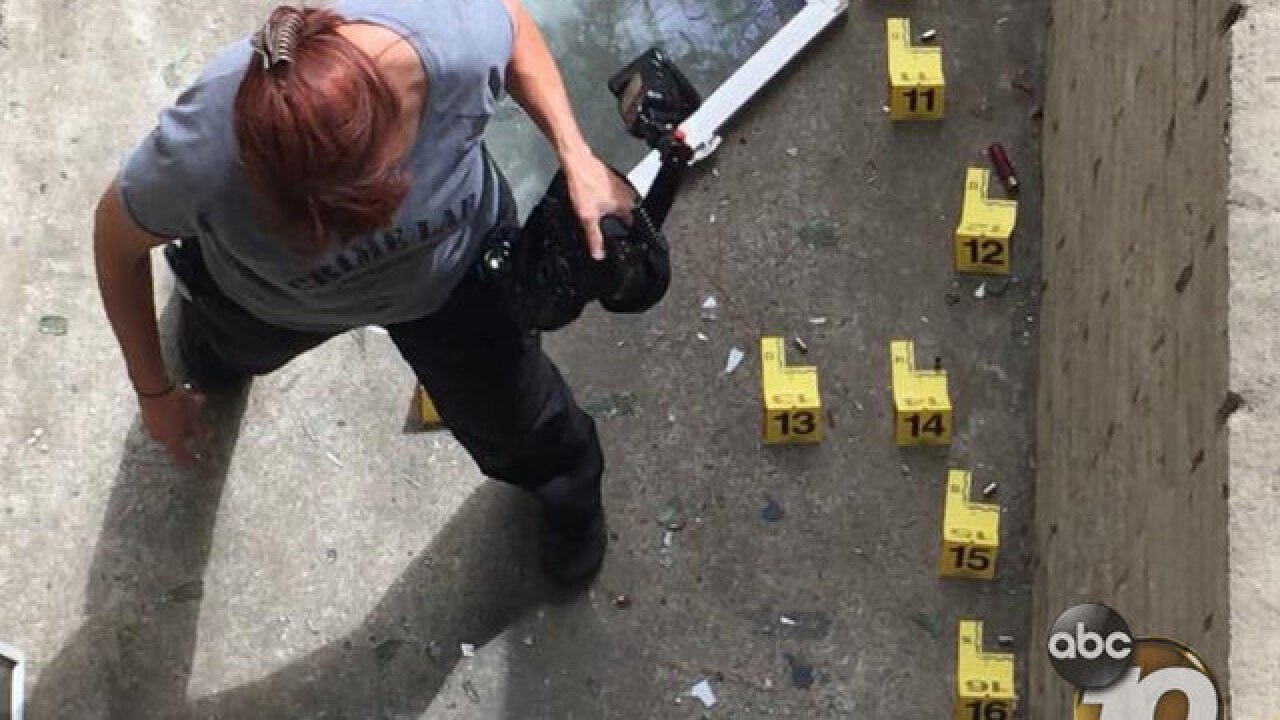 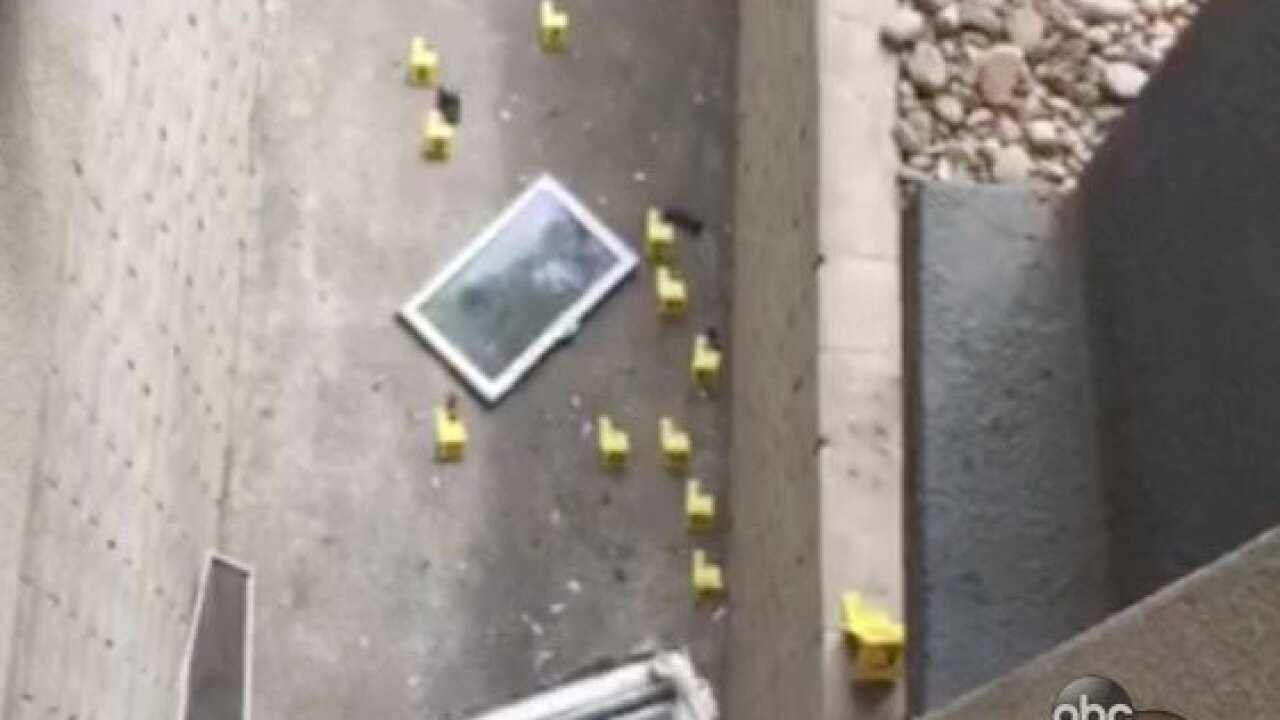 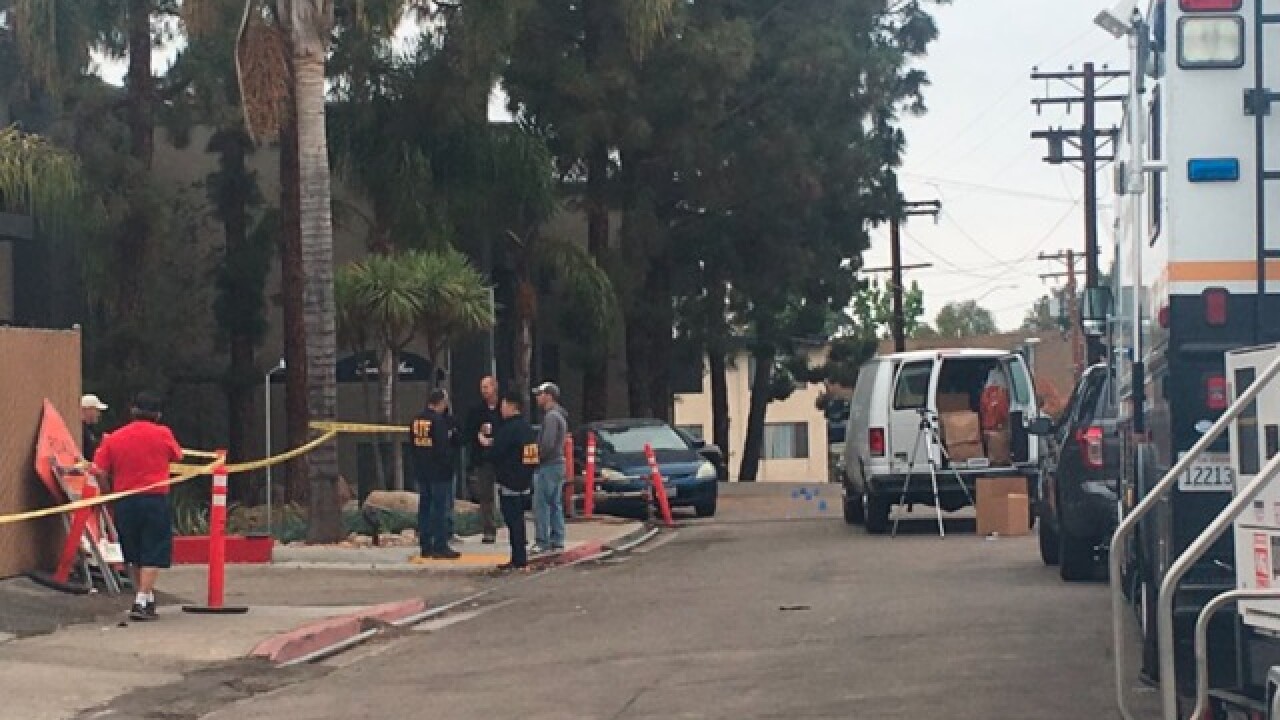 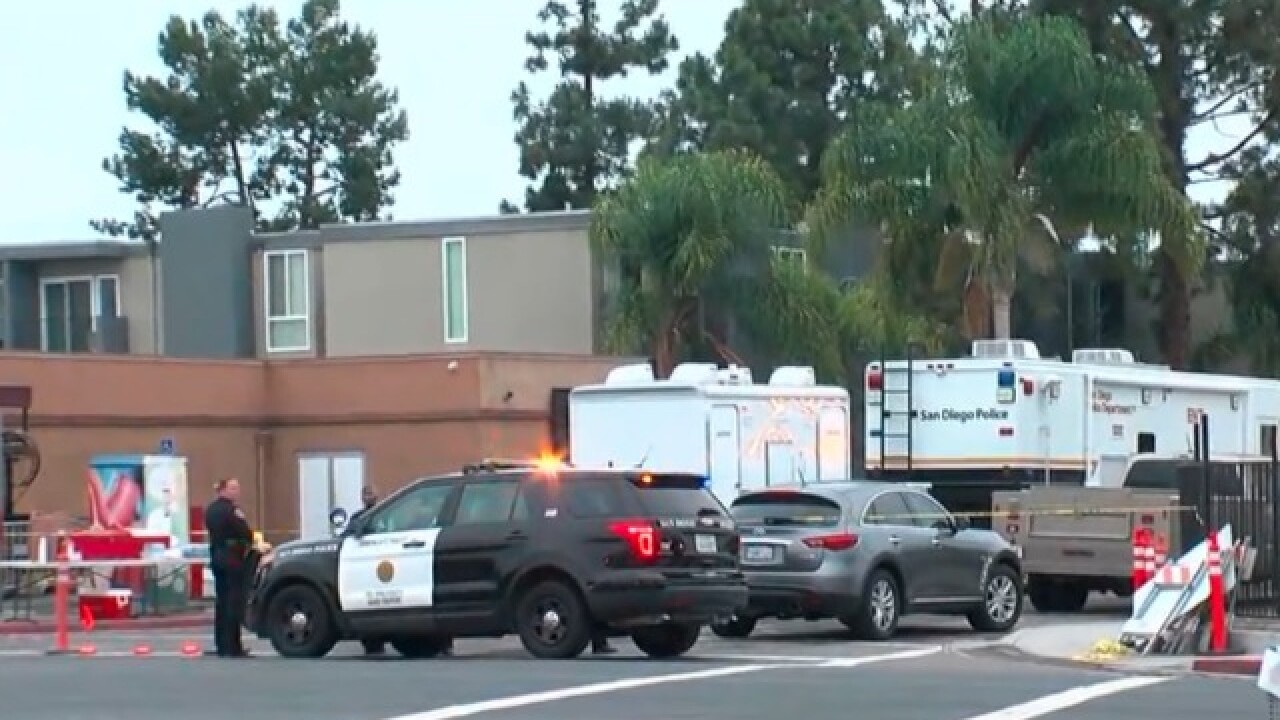 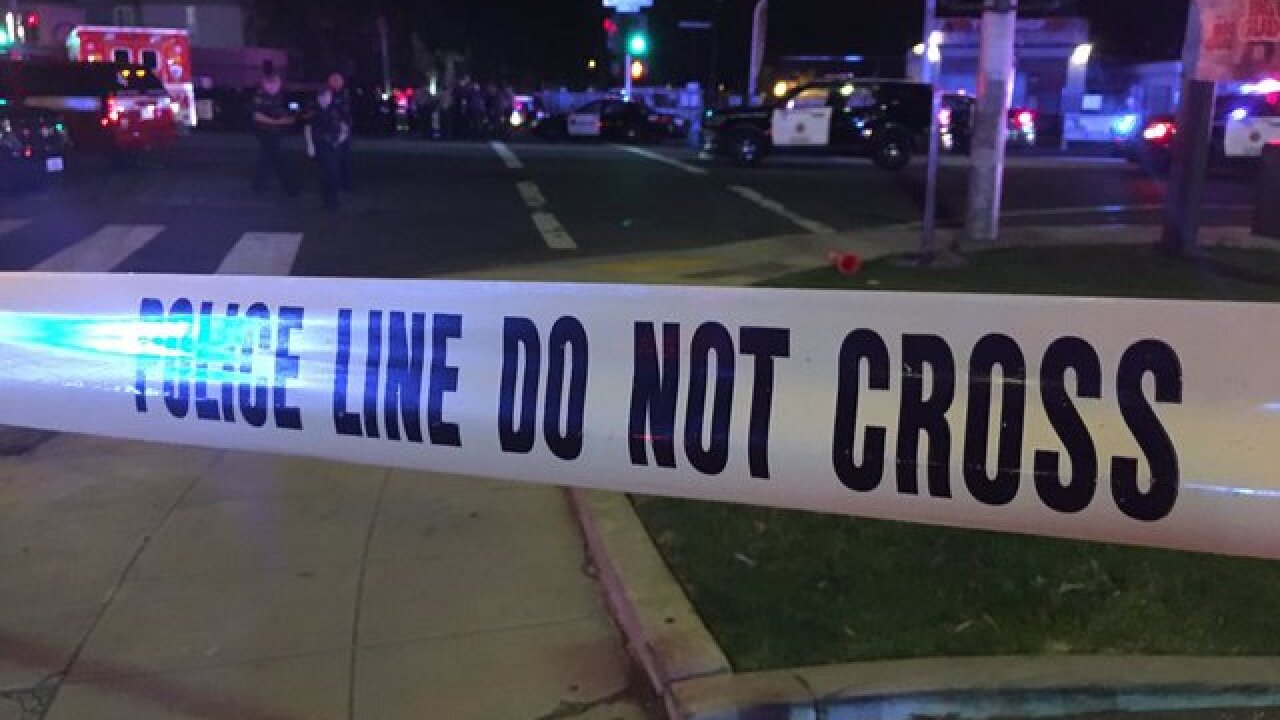 SAN DIEGO (KGTV) -- Two officers are recovering after being injured in a shootout with a violent suspect in San Diego’s Rolando Village.

The incident began around 10:15 p.m. Saturday at the Tuscany Place Apartments on Rolando Court near El Cajon Boulevard.

The officers were responding to a call regarding a “disturbance with violence” at the complex, said San Diego Police Chief David Nisleit. It’s not known at this time who placed the call.

When officers arrived on scene, they smelled smoke and called the fire department. Police and firefighters approached the apartment together and were met with gunfire as soon as they were able to get the door opened.

A firefighter became trapped in a nearby apartment while trying to escape from the gunfire, but was later able to get out after a SWAT team entered the building.

Two officers were struck in the barrage of bullets, one of them was hit multiple times, Nisleit said at a news conference Sunday morning.

Inside the apartment complex, first responders were met with a maze. Residents say it's easy to get lost with so many doors between hallways and numerous staircases.

Inside the condos just above the gunfire, Desiree, leapt from her balcony inside as she realized she needed to take cover, "So I just stood behind the refrigerator for a little bit because I wasn't sure where to go."

She hid, listening to officers come into the hallway, pounding on doors, asking each resident, one at a time, to open up so they can be rushed to safety.

"They came to my apartment, the look on the policeman's face said it all. There were probably about ten of them down the hall. You could see the fear, the terror," she said.

Both of the officers are expected to make a full recovery, Nisleit said. The suspect was confirmed dead Saturday night and authorities were able to remove his body from the apartment Sunday afternoon.

Chief Nisleit said his officers have responded to calls at the apartment before, but didn’t specify the nature of the calls.

Police believe the suspect was lighting a fire inside his apartment, but released no further details relating to the fire.

Video from a witness shows a firefighter being helped off a ladder at the complex shortly after shots ring out, but it's unclear if the firefighter shown in the video is the same one who became trapped.

The mental health history of the suspect is part of the investigation, police said.

After the shooting, the FBI in San Diego as well as the San Diego Fire-Rescue Department responded on Twitter:

@SDFD sends our support and wishes for a speedy recovery to our brothers at @SanDiegoPD who were shot in Rolando last night.
Contrary to social media reports, none of our firefighters were injured. #PublicSafety #prayers

Special Agent in Charge John Brown and the men and women of the San Diego Division of the FBI send our well wishes for a speedy recovery to the two San Diego Police Officers shot in the line of duty last night.

The San Diego Police Officers Association has set up a fund to assist the officers in their recovery. Visit SDPOA.org to donate.