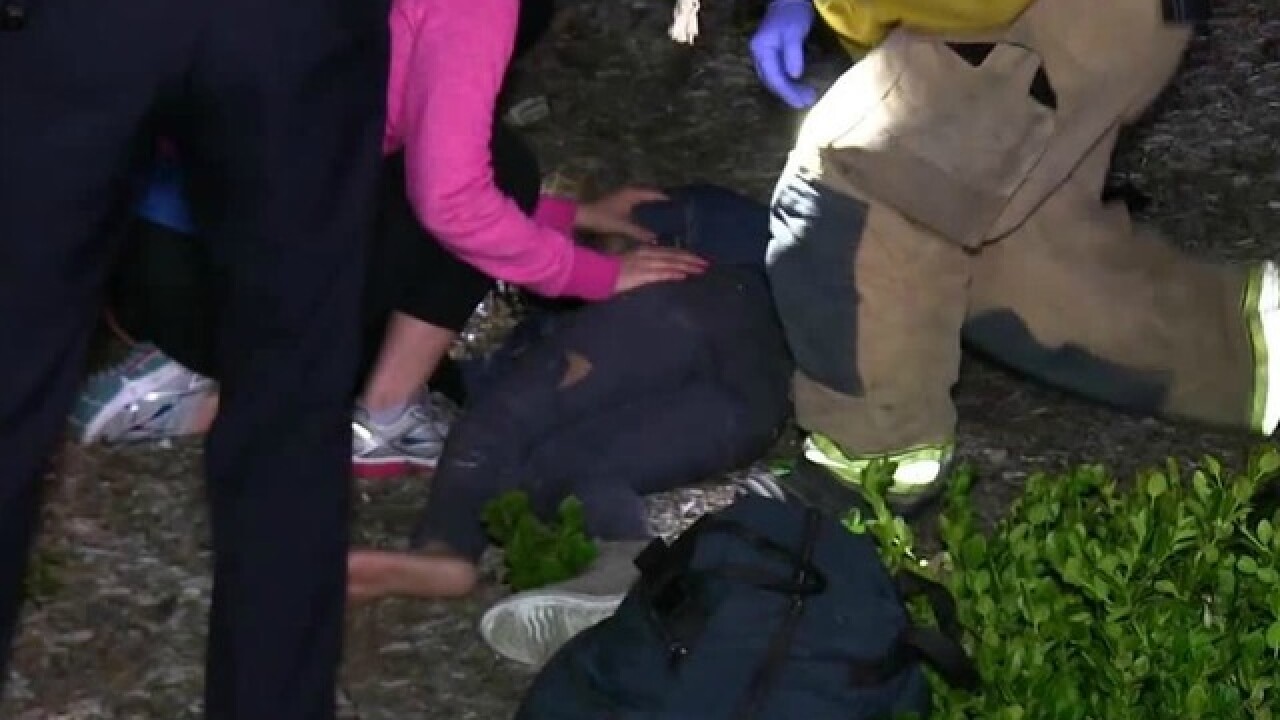 Two little girls were run over on a Tierrasanta sidewalk Saturday, and a 30-year-old woman drove off but returned with her father to claim she had fallen asleep, but police say she was driving while on drugs.

Julianne Little, 30, of San Diego, was arrested for suspicion of felony hit and run, and driving under the influence of drugs, after running over two children on a sidewalk in Tierrasanta Saturday night, according to San Diego
Police.

The girls' names were not released.

Little had been driving north on Santo Road near Shields Street in front of Doris Miller Elementary School at about 6 p.m. when she allegedly drove onto the sidewalk and hit the two girls, Officer Robert Heims said.

She drove away, but returned about 30 minutes later with her father, and claimed she had fallen asleep at the wheel, allowing the vehicle to swerve onto the sidewalk where the girls were walking.

She was evaluated by a drug-intoxication recognition expert, then arrested, Heims said.