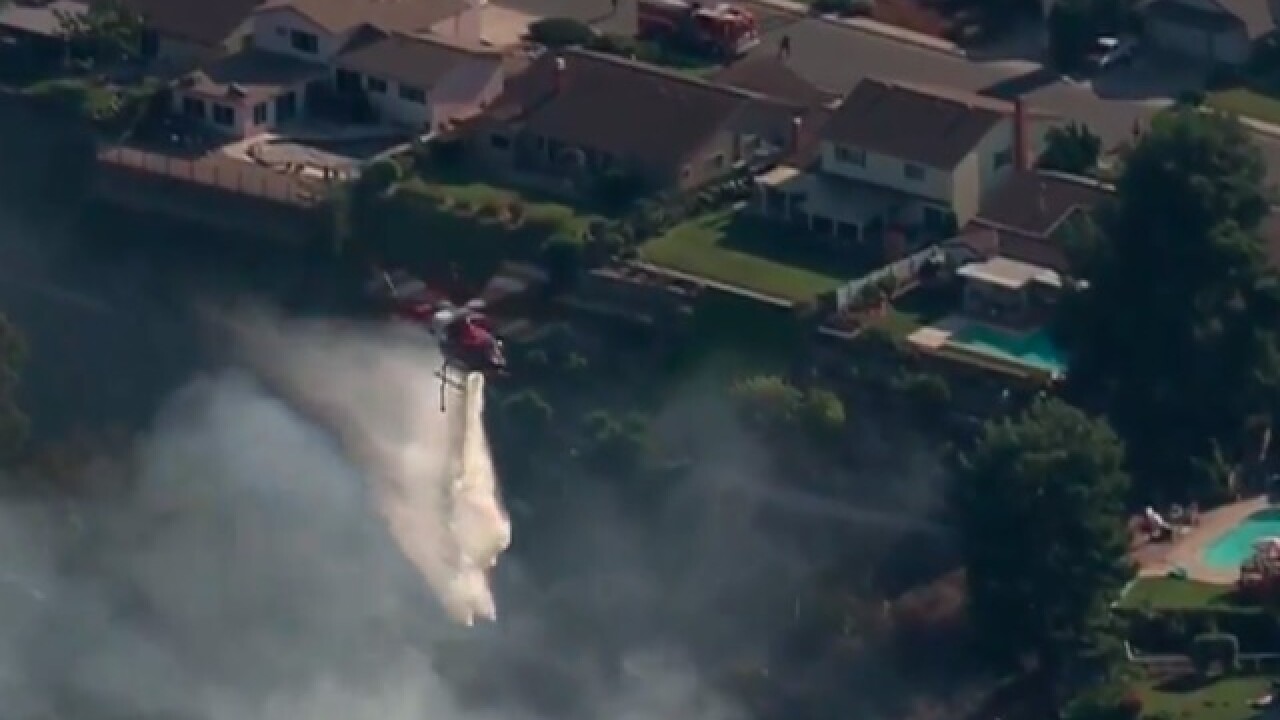 According to firefighters, the fire broke out near Hemingway Drive and Jackson Drive around 1:40 p.m. At this time, it's unclear if any homes are being evacuated.

Once crews arrived, they discovered that two spot fires were burning in the same area. Firefighters were able to stop the forward progress of the blazes around 2 p.m.

The first fire burned about an acre while the second scorched roughly half an acre. No one was injured and no structures were damaged.

Sky10 was over the fire shortly after it started. Watch video in the player below: