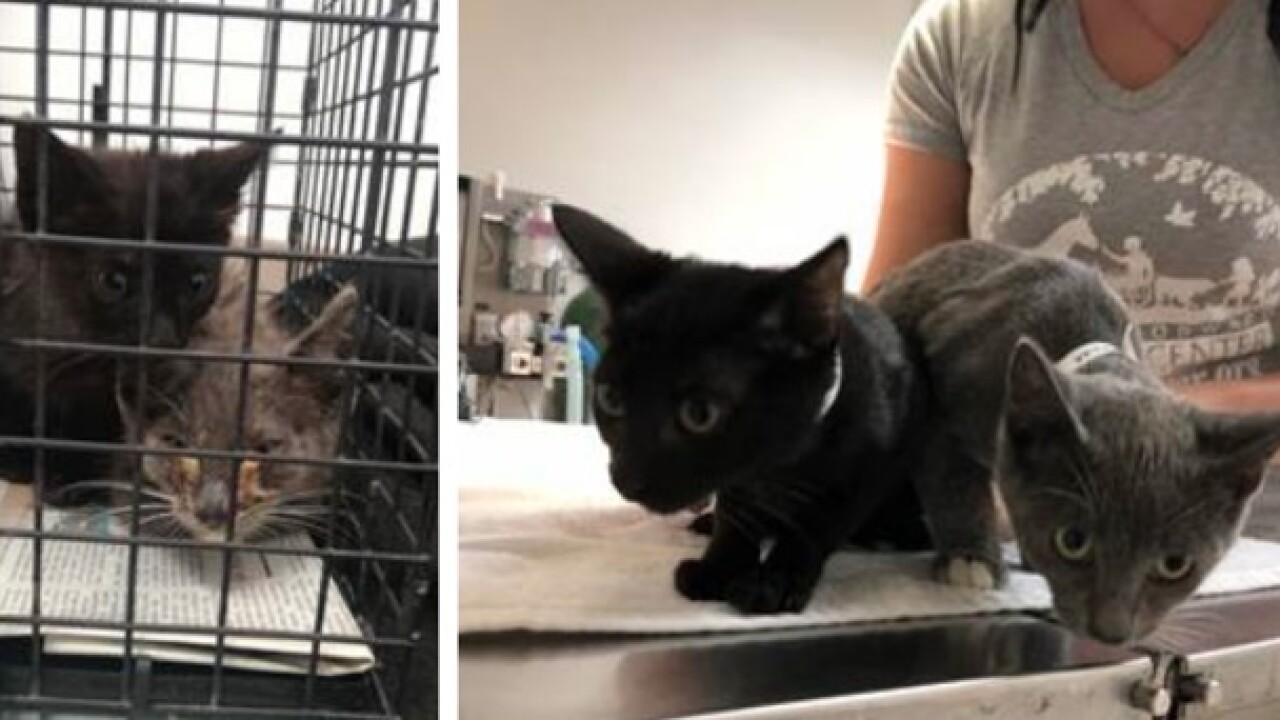 SAN DIEGO (KGTV) -- Two kittens badly-burned in Anaheim are on the mend, and now the animal center charged with their care is hoping the pair gets adopted together.

In July, Tina and Turner were found crouched together in Anaheim with burns covering most of their bodies.

The kittens were rushed to a veterinarian where they underwent medicated baths and antibiotic treatments over the next month before being taken to the Helen Woodward Animal Center.

RELATED: Your pets' flea and tick medicine could cause them neurological issues

“We have no idea whether the burns were chemical, or if someone intentionally tried to set the kittens on fire,” stated Helen Woodward Adoption Care Supervisor Tracy Woodworth.

“We do know that whatever happened to them was terrible and we have been happy to provide them a safe place as they continue to heal.”

RELATED: Deputy saves dog tied to semi as it drives away