Deputy saves dog tied to semi as it drives away 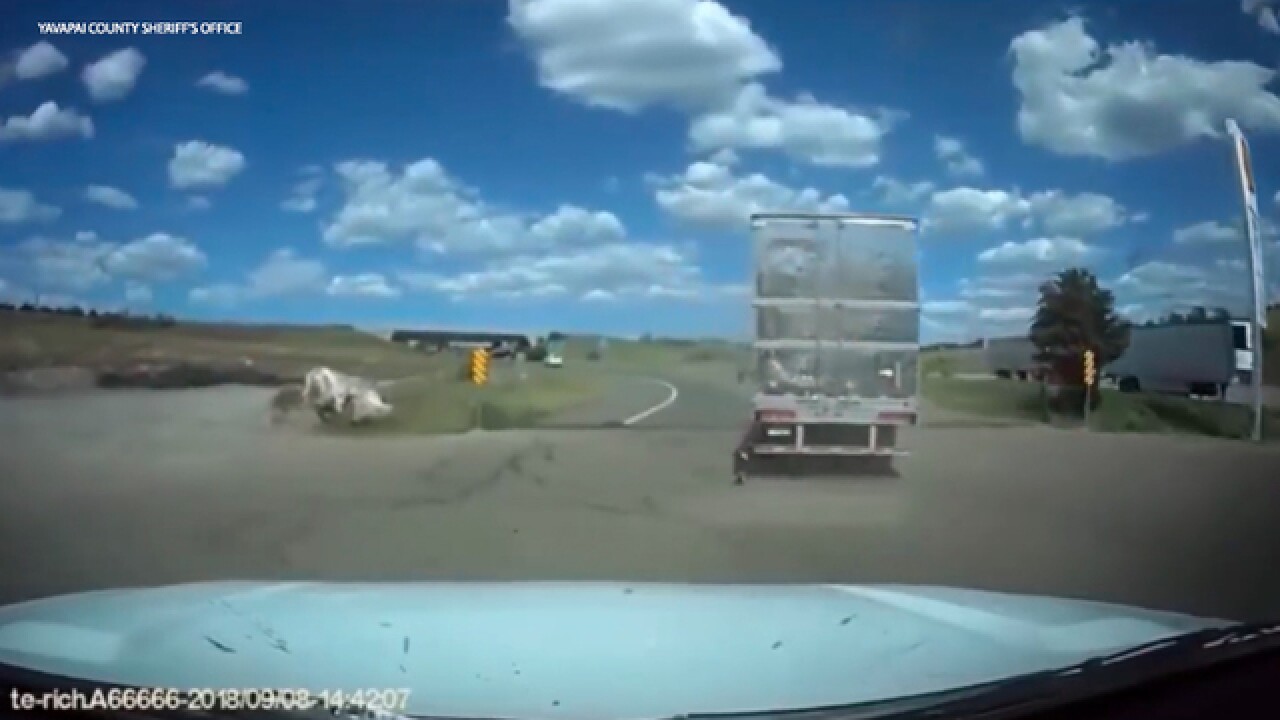 YAVAPAI COUNTY, Ariz. (KGTV) -- A deputy in Arizona is being called a hero after saving a dog he found leashed to the back of a semi as it drove away, according to KABC.

The station reports that the deputy stopped to buy a drink when he came across a semi pulling out of a gas station with a dog leashed to the back.

The leashed dog was chasing after the truck, trying to keep up. The deputy was able to activate his lights and pull the driver over before tragedy struck.

No charges are expected to be filed against the driver, who says he simply forgot to unleash his dog.

Watch the full video in the player below: