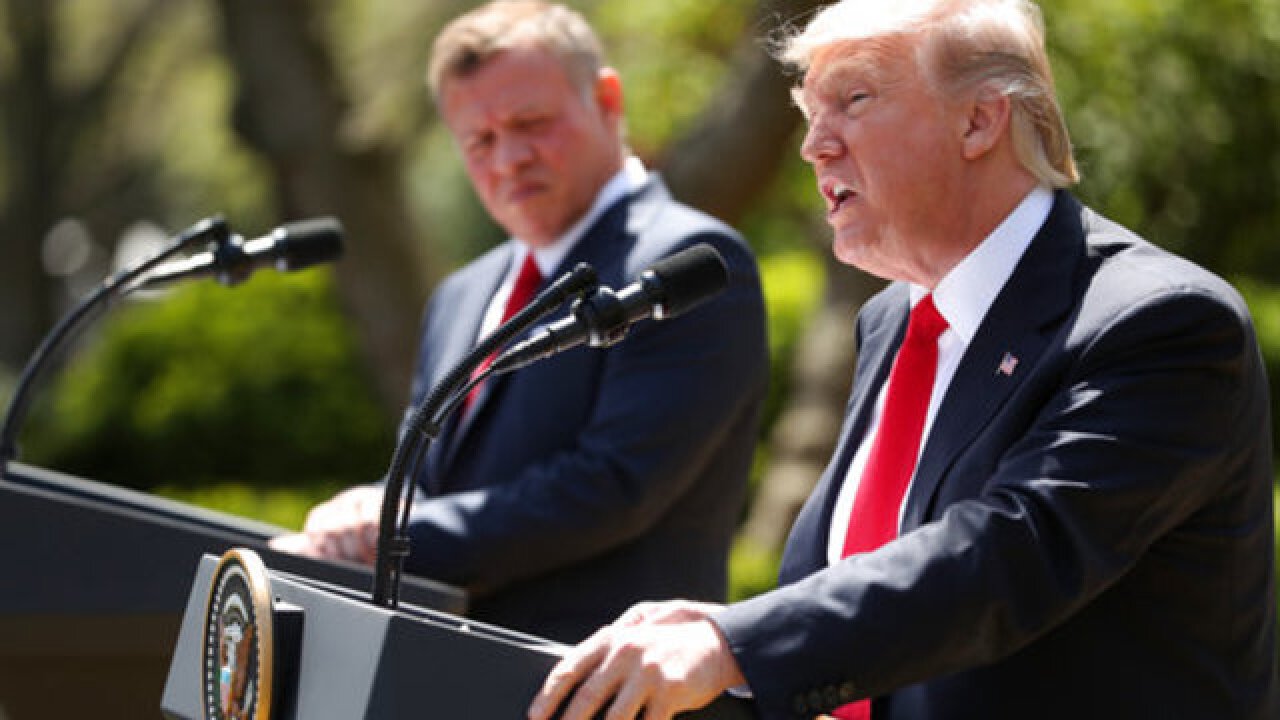 WASHINGTON (AP) — President Donald Trump denounced the chemical attack in Syria as an "affront to humanity" Wednesday, declaring that it crossed "many, many lines" and cannot be tolerated. But he pointedly refused to say what action the U.S. might take in response.

Trump, facing one of his first major global crises, blamed the attack squarely on Syrian President Bashar Assad. Only days earlier Trump's administration had said Assad's ouster was no longer a U.S. priority, but he said the attack that killed 72 people had shifted his views.

"That attack on children yesterday had a big impact on me. Big impact," Trump said in the White House Rose Garden. "My attitude towards Syria and Assad has changed very much."

Still, Trump was adamant that he would not telegraph any potential U.S. military retaliation, even as his U.N. ambassador, Nikki Haley, was promising a strong and perhaps even unilateral American response. Trump said disclosing military action ahead of time was a mistake the Obama administration had repeatedly made.

"I'm not saying I'm doing anything one way or another, but I'm certainly not going to be telling you," Trump said.

Trump said the attack was "so horrific" and noted that it had killed "innocent people, small children and even beautiful little babies."

"These heinous actions by the Assad regime cannot be tolerated," he said.