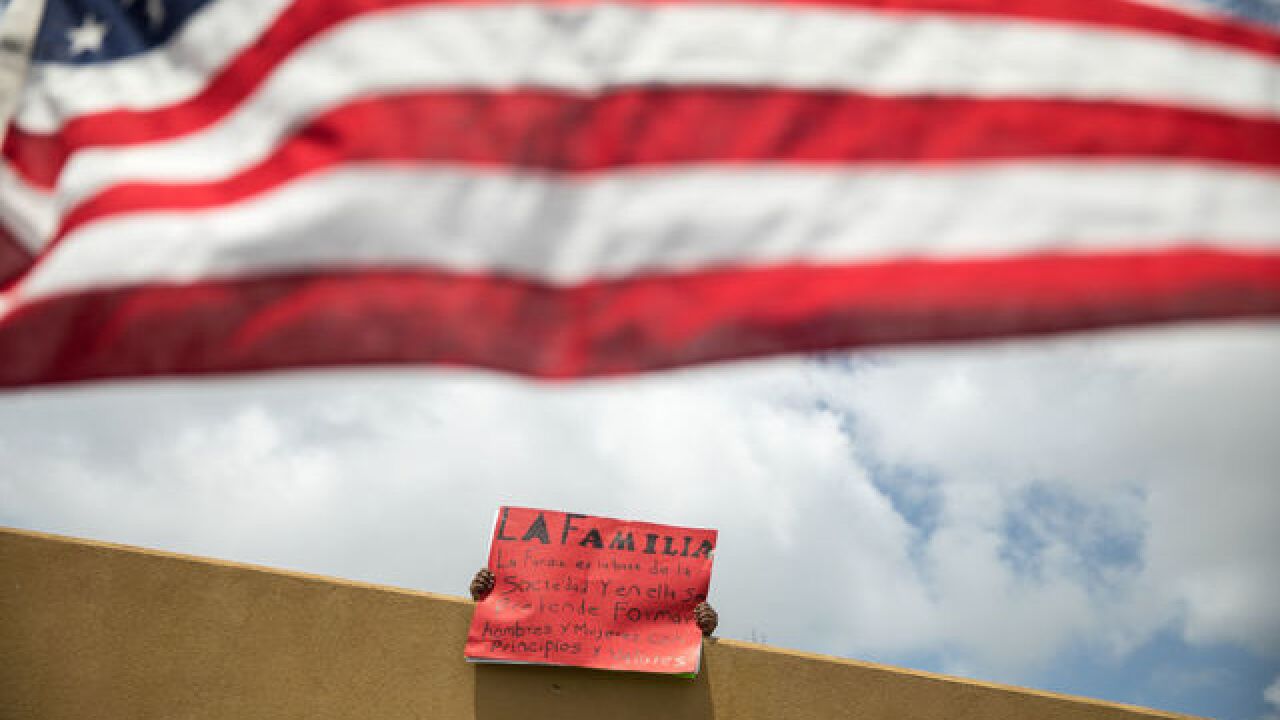 Image copyright 2018 Getty Images. All rights reserved. This material may not be published, broadcast, rewritten, or redistributed.
Tamir Kalifa
<p>A demonstrator holds up a protest sign in Spanish at a rally against the Trump administration's immigration policies at Linear Park near the federal courthouse in Brownsville, Texas, on June 28, 2018. Despite the Trump administration ending the zero-tolerance policy toward immigration, demonstrators called for separated families to be reunited and protested the detention of children and families seeking asylum at the border. </p>

SAN DIEGO (AP) — The Trump administration has agreed to reconsider asylum claims of many parents and children who were separated at the Mexican border under an agreement to settle lawsuits over its "zero-tolerance" policy on illegal crossings.

The settlement could give "well over 1,000 parents" a second chance at asylum, according to two groups involved in the litigation, Muslim Advocates and Legal Aid Justice Center.

The agreement, reached late Wednesday and subject to the approval of a federal judge, follows weeks of negotiations over claims by lawyers for separated parents and children that their clients were not treated fairly when seeking asylum. The judge is expected to consider the deal at a hearing on Friday.

If approved, it would mark a victory for some of the 2,500 children - as well as their parents - who were separated at the border under the zero tolerance initiative and still remain in the United States. President Donald Trump effectively ended family separations on June 20 amid heavy criticism.

The agreement leaves open the possibility that some of the hundreds of parents deported without their children can return to the United States, according to the American Civil Liberties Union, which sued the government. Those claims would be considered on a case-by-case.

Immigration lawyers have said some parents were misled into dropping asylum bids on the mistaken belief that it would allow them to rejoin their children.